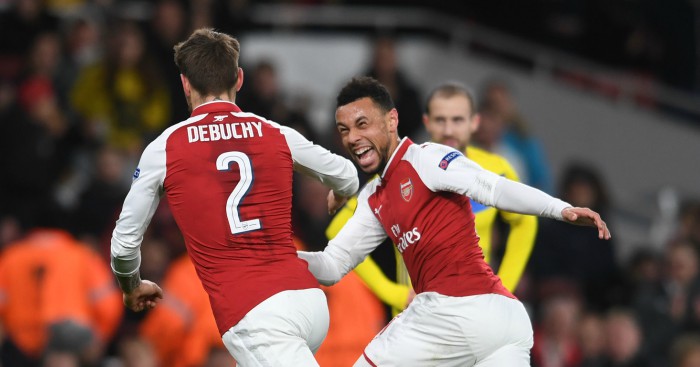 Alexis Sanchez looks like moving to Manchester City in this winter transfer window, but he could be followed by some players who are very much on the periphery at Arsenal. So what is the latest?

We heard on Monday that Francis Coquelin is a target for West Ham and Crystal Palace but it looks increasingly likely that the Frenchman will join Valencia, currently third in La Liga. According to the Daily Mirror, the Spanish club have bid £12m for the defensive midfielder who has started just one Premier League game this season.

West Ham manager David Moyes is particularly keen on Coquelin after missing out on Joe Allen and Jonjo Shelvey, but he ‘fears’ that Coquelin would prefer a move to Spain. We suspect he prefers a chase for a Champions League chase in Spain rather than a relegation battle in England, David.

When asked on Tuesday morning whether Coquelin could leave, Arsene Wenger said: “It’s a possibility but nothing is decided. It would not be for West Ham. We have no contact with West Ham.”

Theo Walcott is only likely to leave on loan – and him or his people have let it be known that he is very much interested in such a loan as his chances of getting to the World Cup with England are diminishing by the day.

His old club Southampton are interested but the Independent report: ‘The former England international’s wages are a stumbling block, with a weekly wage of around £140,000 per week way out of Southampton’s reach. Whether Arsenal are ready to pay a portion of his wages to get him off the books is likely to define if he moves this month.’

According to reports in Italy, AC Milan have been offered Walcott on loan but turned down the chance.

Theo Walcott will wake up tomorrow and log into his internet bank account to see he’s been paid £100,000 for today’s performance. I can’t knock it – he’s basically a world class deetser.

As for Mathieu Debuchy; it looks like he could be on his way to West Brom. The Gunners are reportedly prepared to pay £25m for Jonny Evans and ‘the Baggies are keen to include Mathieu Debuchy as part of a possible deal’, according to the Evening Standard.

They report: ‘Despite forcing his way back into Arsenal’s Europa League and EFL Cup team this season, Debuchy wants to leave the club to reignite his career. The 32-year-old would prefer a move back to France but is open to staying in England.’