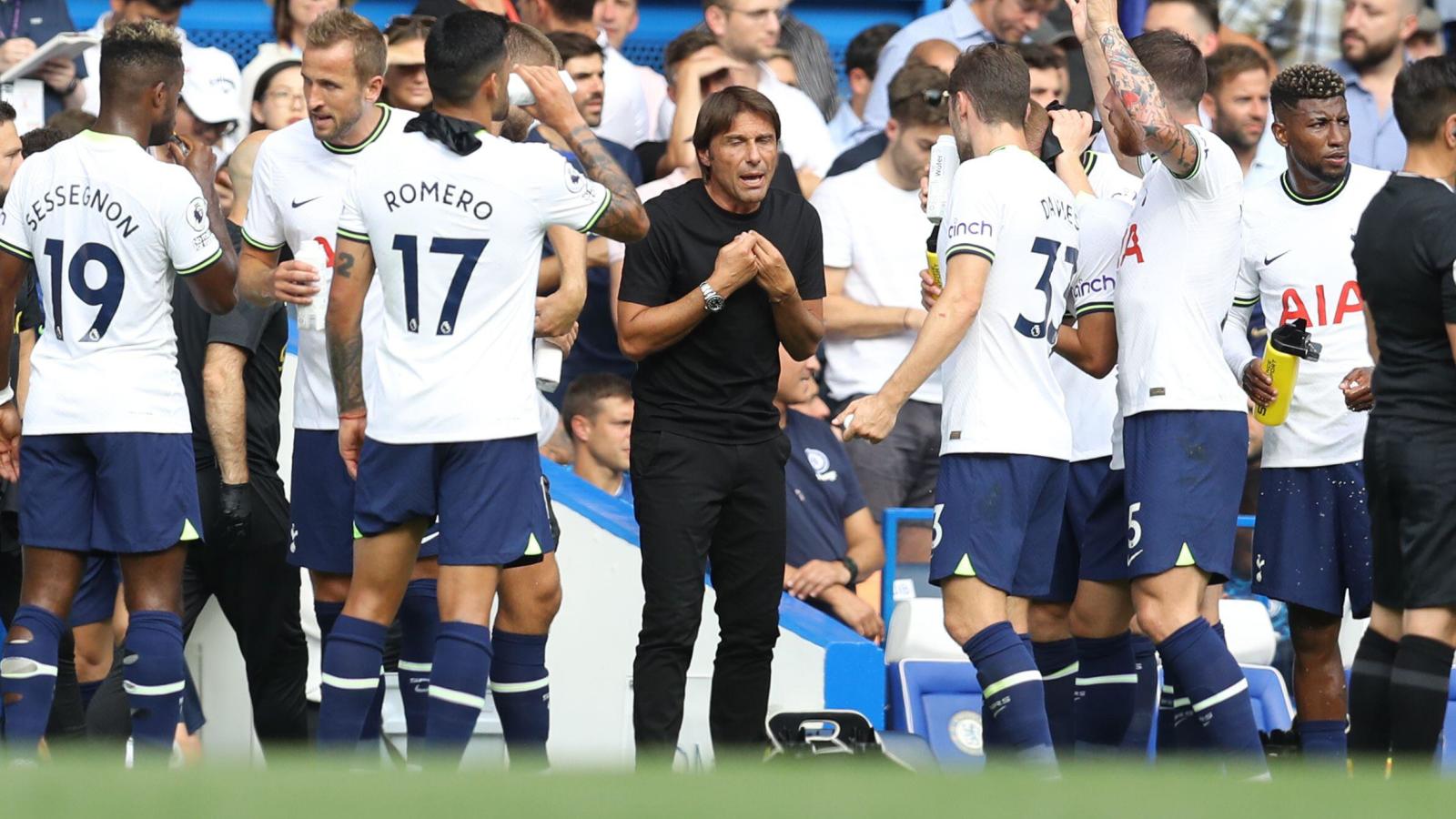 Spurs’ eventual 2-2 draw at Chelsea on Sunday was a great many things.

Either or both the goals Spurs scored in a searingly entertaining second half of purest Barclays could have been disallowed, prompting Chelsea fans to become the latest fanbase to thoroughly debase themselves by imagining a) some deep-state conspiracy against them exists among Premier League officials yet also b) that this might be cracked wide open and solved by starting an online petition.

We shouldn’t single Chelsea out here. Absolutely every club’s fanbase gets up to this kind of embarrassing nonsense after a disappointing result, and it’s not entirely the fault of Chelsea fans that theirs is a particularly egregious failure of self-awareness given they really should currently be spending every waking moment thanking whatever deity they happen to believe in that they still have a Premier League team – or any team at all – to support.

Anyway. Yes, Spurs were lucky. But in that second half they were also good. You couldn’t go quite so far as saying they made their own luck, but certainly after a first half in which they were overrun and overpowered by Chelsea it was going to take more than a couple of marginal refereeing decisions in their favour to get back in the game.

Clearly and understandably, Tuchel v Conte was the game’s big talking point. It might be the handshake spat to top all handshake spats, with Conte going full Conte and Tuchel so wound up that he ended up spouting his own referee-based conspiracy theories after both managers had received hard-earned red cards.

But the coaching clash between the two was also a beaut. Chelsea’s first-half dominance owed much to Tuchel deploying the ‘box midfield’ Conte had himself used so effectively when guiding Chelsea to their last league title in 2017. For Pedro and Hazard, read Mount and Havertz; for Kante and Fabregas, Kante and Jorginho.

Conte’s second-half switch to a 4-2-4 had more than a hint of desperation about it – and the lack of defensive shape and cohesion that resulted was a huge factor in the second Chelsea goal – but it did change the game and highlighted the range of options the Spurs manager now has. The first half was like pretty much every Chelsea v Spurs game here for the last 30 years; the second half was much more the game most expected on this occasion with little between the sides. It could clearly have ended differently, but the fact is that Spurs went to Chelsea, didn’t play well, and emerged with a point. Hard to think of many previous Spurs sides or managers who could have done that.

Spurs infamously faced Chelsea three times in January of this year and lost meekly on each occasion. Since then they have now been to Manchester City, Liverpool and Chelsea again and collected a win and two draws from those games. While the first half at Stamford Bridge suggested nothing had actually changed at Spurs since January, the second half showed that everything has.

Most obviously, they have a far deeper squad now – there have been times when Spurs may have arguably had a stronger first XI than Chelsea’s in recent years but you’d be hard pushed to find a time when they had the stronger bench, as was the case here – with Ivan Perisic and Richarlison both integral to the shift in both shape and tone of Spurs after the break. But those two players – two players Conte pushed hard to bring in – also show something else that has shifted.

Spurs are no longer the traditional weakly, Spursily easily rattled team of old. Only in those two or three peak Pochettino years have Spurs looked anything like this resilient, this capable of grabbing something from anywhere against anyone through sheer force of will. In essence, only for a couple of years out of the last 30 have Spurs looked this capable.

Conte’s time at Spurs, however long or short it turns out to be, was and is always going to end up being defined as a battle between his Winner’s Mentality Conteism and Spurs’ legendary Spursiness. Which all-powerful trait would manage to consume the other? Would Spurs become more Conte, or would Conte become more Spursy? Back in January, Spursiness was winning that battle. Conte looked like he realised he’d made a terrible mistake and by the end of a 1-0 defeat at Burnley was scrambling for an exit route.

Now, though, with Spurs having lost just twice in 16 Premier League games since that gloomy February evening, it’s starting to very much look the other way round.

Spurs’ new players have been signed because they address specific positional areas of concern within the squad, but also because they are clearly, identifiably Conte-style players. And the players that he inherited are now in two clear groups. Those who have embraced Conteism – who have, as he put it after Sunday’s game, the “good blood” – and are in the circle of trust – and those who have been shipped out or frozen out.

It is spectacularly serendipitous that somebody as overwhelmingly Conte as Cristian Romero was brought in just before the Italian’s arrival. Romero is the worthiest of heirs to Erik Lamela’s key role of sh*thouse-at-large, to the extent that what really should be boundless frustration at never getting to see Lamela attempt Conteball is reduced to mere pangs of regret. You’d like to think he was watching the game and nodding in approval, especially as sumptuous hair was pulled.

This was always a game that was going to tell us much about both sides and their managers, but few could have expected such dramatic yet also tantalisingly inconclusive answers. We had confirmation that Chelsea remain a formidable big-game force, unrecognisable here from the ponderous and uncertain side that laboured past a p*ss-poor Everton, but also the lingering doubts about their potency in front of goal as defenders stepped up to earn an ultimately disappointing point.

As for Spurs, there was the effort and endeavour and refusal to lie down that exorcised the ghosts of January, but concerns over how easily they were swamped in midfield in that first half especially, and the knock-on effect that had on a front three that remains their greatest strength.

Yet those inconclusive conclusions are, we’d argue, ultimately like the final result more in Spurs’ favour than Chelsea’s. Finding someone to score goals without upsetting the balance of the team is going to be Chelsea’s biggest challenge this season, and a hard puzzle to solve.

In overcoming Spurs’ inherent and legendary soft underbelly, Conte may have already cleared the biggest hurdle he could face.