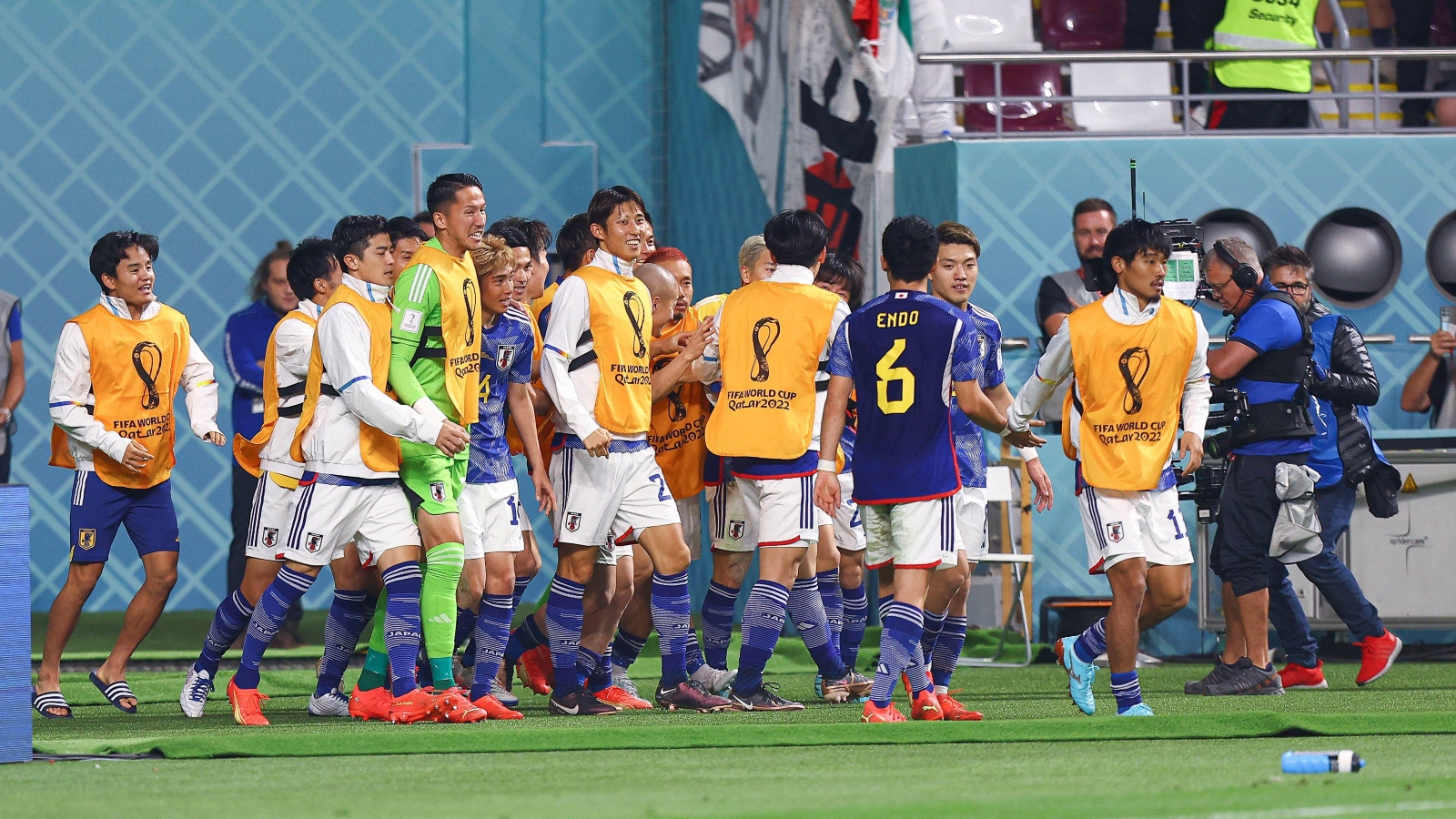 Takuma Asano has said “it is a dream come true” to score the winning goal for Japan against Germany at the 2022 World Cup.

Japan pulled off a huge upset as they rallied to a comeback victory over a wasteful Germany side on Wednesday afternoon.

The Germans had taken the lead in the first half courtesy of an Ilkay Gundogan penalty and went into the break feeling unfortunate to not be further ahead.

Japan boss Hajime Moriyasu made some inspired substitutions to influence the comeback victory, no less than the introduction of Asano.

Moriyasu was asked after the win if he thought the latest upset at the tournament in Qatar -a day on from Argentina’s 2-1 loss to Saudi Arabia – was the greatest result in Japanese football history.

He told a press conference: “Yes, I believe it is a historic moment, a historic victory, to say the least.

“If I’m thinking about the development of Japanese football, we’ve been building up.”

He added: “It’s a big surprise.

“We are reaching to the global standard – and also, we of course saw the Saudi Arabia surprise win. We are showing our capability from Asian football.

“From the start we decided to be aggressive. Of course Germany’s possession was higher, but this was no surprise for us. Our players were very intelligent, they were smart…(and) we had opportune moments in the first half as well.

“For the second half we changed players, we tried to defend their attacks. Our players fought really hard.

“Maybe there was a possibility to concede more goals. However, the second half we caught them up, not just a simple counter-attack but waiting and then going for the opportune moments, our players demonstrated this.

“Our players played well and maybe we could show that, how Japanese players have been building up their true abilities.”

Germany failed to take a number of chances to increase their lead, which included Gundogan hitting a post and Serge Gnabry being denied three times in quick succession by goalkeeper Shuichi Gonda.

The eventual defeat made for yet further World Cup woe for the four-time winners, who had arrived in Qatar looking to bounce back from exiting the 2018 edition, at which they had been defending champions, in the group stage.

Their second group match is a crunch clash with Spain on Sunday, when Japan take on Costa Rica.

Germany boss Hansi Flick, who had overseen only one previous defeat in 16 matches since taking charge of the side in August 2021, said: “For us, not just players but the coaching staff, it’s a great disappointment of course.

“We were on the right path. I think in the first half we had 78 per cent of ball possession and were ahead 1-0. Then I think we had good opportunities in the second half and unfortunately didn’t take advantage of them.

“Japan were simply more efficient today. We made mistakes that we should never commit, especially in a World Cup, and those are the things that in the end we have to improve on. We have to defend better, be better in our half, we have to get pressure on the ball in that last third.

“Of course, now with this defeat and zero points, we are under pressure, there’s no question about that. We can only blame ourselves, so now we have to make sure we can come out of this. We need to be courageous and decisive. We need the aggression in the game that’s necessary at a World Cup.”

Match-winner Asano was clearly buzzing after the result.

He told BBC Radio 5 Live: “It is a dream come true. We knew we could do it, we had a dream like this.

“We watched the Saudi game and thought we can do it – then we just did it today.”

Japan captain and ex-Southampton centre-half Maya Yoshida said: “Big win, massive win. But it is still tough to go through. It is absolutely amazing though, we have to be humble and very careful.

“We present Asia and many supporters from Asia supporting us today. This is the beauty of football.”

Former England striker Chris Sutton said it was another “strange game” at a “strange World Cup” after Japan looked out of the game in the opening 45 minutes.

“Japan weren’t in it in the first half – Germany were controlling it. Then all of a sudden Japan show they can play. Then Asano with a brilliant finish, he lifts the ball into the roof of the net past Manuel Neuer.

“Japan held out and this group is really interesting. Japan have made their mark now and the Germans have work to do. This group now is wide open.”

READ NOW: Germany stunned and staring at embarrassment again after falling to Land of the Rising Subs