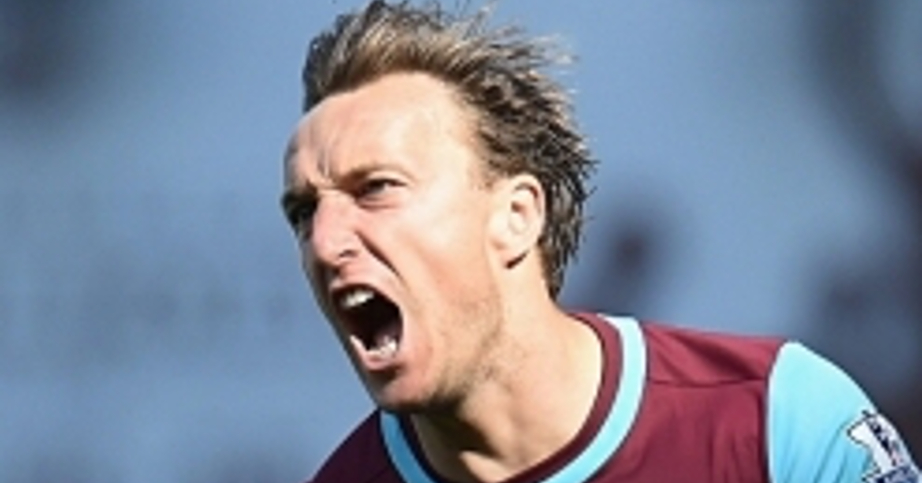 Tom Heaton
England are two injuries away from a Championship keeper being named in their starting XI. But take nothing away from Tom Heaton, who has been Burnley’s first-choice for four seasons, during which he has missed just three games. The former Manchester United shot-stopper has been named in three England squads but has yet to make his international bow, and the 29-year-old will understand his role in the squad. Heaton is likely to benefit from Jack Butland’s season-ending injury by filling in as the back-up’s back-up at this summer’s European Championship.

Joel Ward
“As long as I am playing football, I will never stop dreaming of that. If that came about, that would be amazing,” said Joel Ward of the potential of playing for England in October 2014. The Crystal Palace right back had been touted for a call from Roy Hodgson with both Glen Johnson and Kyle Walker ruled out through injury. With no other recognised right back in the squad, the untested Ward was in direct competition with fellow non-cap Nathaniel Clyne. The then-Southampton defender received the nod, and the rest is history. What could have been for poor Joel.

Scott Dann
Once one half of the Scott Dann-Roger Johnson connection at Birmingham, the two central defenders have followed diverse paths since. While Johnson has carved out a career in playing for relegated clubs and Championship sides, Dann’s stock has gradually risen since he left St Andrew’s in 2011. The 29-year-old has been linked with a £20million move to Chelsea this year, with a weekly wage of £120,000 reportedly on the table. And yet, despite cries from Alan Pardew and numerous others, Dann continues to be overlooked at international level. Probably because he simply isn’t good enough.

James Tomkins
A regular in England youth teams from the under 16s to the under 21s, Tomkins has never made the transition to the senior squad. Injuries have stunted the progress of the 27-year-old, whose international experience has been restricted to just two appearances for Great Britain in 2012. The West Ham youth product might have better luck making the England squad at right back as opposed to his preferred centre-half role.

Aaron Cresswell
Luke Shaw’s September injury opened the door, but Aaron Cresswell has not been ushered through. The West Ham left back has had to watch as Leighton Baines, Kieran Gibbs, Ryan Bertrand and Danny Rose have vied for the vacant position. Considering that quartet play for sides in 12th, third, 7th and second in the Premier League table, and two are not even regularly assured starting places at club level, it does seem rather bizarre that Cresswell, an integral part of a West Ham side challenging for Champions League qualification, has not received a call-up.

Marc Albrighton
Where one 26-year-old midfielder playing for the Premier League leaders made his long-awaited England debut during the latest international break, another remains uncapped. Danny Drinkwater impressed against the Netherlands on Tuesday, and is in contention for a place in the 23-man squad for the European Championship. Club teammate Marc Albrighton has been just as influential in Leicester’s incredible rise, but the winger, who was ranked 40th in the latest England ladder, will not deviate too far from such a placing.

Jesse Lingard
An England debut seems inevitable in the future, but Manchester United winger Jesse Lingard never quite donned the famous shirt after being called up in November 2015. Lingard had made just one Premier League appearance before this season, but the 23-year-old has emerged as a useful player for Louis van Gaal’s side this campaign, making 29 appearances in all competitions; only four United players have scored more goals this season. “Under normal circumstances, we wouldn’t have been considering Jesse Lingard at this time, even though he’s a very interesting player,” Hodgson said upon his call-up for the injured pair of Michael Carrick and Jamie Vardy. Not yet, but soon, Jesse.

Michail Antonio
“Jamaica called but if I keep doing what I’m doing hopefully I can get an England call,” said Michail Antonio earlier this month. The West Ham winger is not wrong. With six goals and two assists in 18 games, Antonio offers a goal threat from midfield lacking in the current set-up. The former Nottingham Forest star can play across the midfield or further upfield, and is still only 26. If Matt Jarvis is able to receive a cap within the last five years, Antonio should already be an England regular.

Saido Berahino
How different would things be for Saido Berahino if he had secured his move to Tottenham last summer? The 22-year-old would be part of a squad challenging for the Premier League title, and would surely have capitalised on his maiden England call-up in November 2014. Instead, Berahino has been marginalised for much of the season at West Brom, starting just 13 Premier League matches, yet only Salomon Rondon has scored more goals for the Baggies in the top flight this season. Harry Kane (45). Wayne Rooney (36). Daniel Sturridge (26). So reads the short list of English players to have scored more goals than Berahino (23) since the start of the 2013/14 season.

Charlie Austin
Add Steven Gerrard and Raheem Sterling (both 22) to the above list, and you have the only English players to have scored more Premier League goals than Charlie Austin since the 2013/14 season. And Austin’s first season in the top flight came a year later, while he missed six months of this campaign after dropping to the Championship with Queens Park Rangers. The 26-year-old was thought to be a candidate for a Euro 2016 squad place after plundering 18 goals in an attempt to spare QPR of relegation in 2015, with the striker expected to move to strengthen his international prospects that summer. He remained at Loftus Road, only moving to Southampton in January. It is difficult to envisage a second call-up after his first in May 2015.