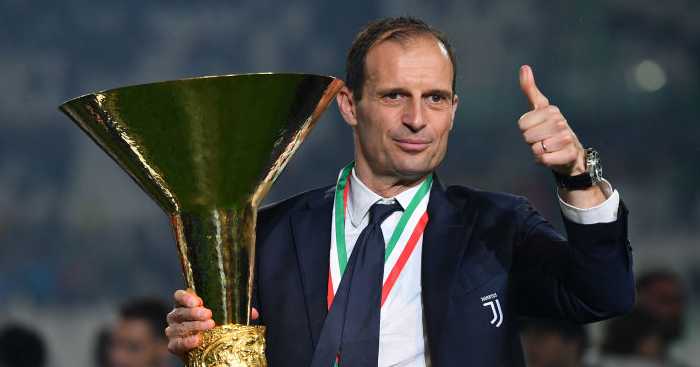 An evening stroll
Today was a day when things could easily have gone awry. Burnley is a mean place to visit and they play aggressively with and without the ball to make life hard and uncomfortable there. The fans are loud and close to the pitch too.

Yet today was remarkably comfortable. The crowd weren’t baying for blood but instead grumbling because Robertson and Salah put in the rough challenges that were deemed fair instead of their own.

Balls coming into the box were dealt with comfortably because we have a team of giants and I don’t recall Adrian making a proper save at any stage.

The team Liverpool reminded me of today? Mourinho’s first iteration of Chelsea. The resolute team of hard, clinical bastards. At times we were sexy but we were always organised and efficient too.
Minty, LFC

Bobby love
Who’s your clubs favoutite player and why?

I have been trying to answer this question over the summer with little success. At times I was sure it was Van Dijk as when I attempted football i ended up at CB and surely he is the epitome of everything a defender should be. But what about Allison I have spent the last 30 years watching Liverpool goalkeepers lurch from the sublime to the ridiculous.

Maybe the homegrown icon at right back, the inspirational story at left back, the captain written off by large sections of our fanbase lifting the greatest trophy of them all, how about some of the greatest forwards operating in world football, James Milner being an absolute legend. I flirted around all summer.

In my kind I journeyed back to when I first fell in love with Liverpool, it was the late 80s and backing them felt exhilarating, exciting. They were the red machine who won and won and occasionally lost (watching them lose the FA cup final to Wimbledon was an easily experience of the pain of being a football fan). At the time commentators remarked that when one man played Liverpool tended to win and when he didn’t they often didn’t, that man was Ronnie Whelan. I want sure what he did but it seemed to be essential and undefinable, involving high degrees of football intelligence. He was my man and seeing him fire that volley in Euro 88 only deepened my love.

This feels like the best it’s been as a pool fan since that time. And so it that vein I have my favourite player. Well it was choice between two: Gini Wijnaldum and Bobbie Firmino. I want sure about either one of them, Klopp adored them both but it was hard to see what they actually did. Only that like Ronnie all those years ago it seems to be essential, for the team and highly intelligent. Of the two Bobbie seems the more essential, for me he is the heartbeat of this team, it’s essential player in terms of attitude, intelligence, setting the tone and making everyone else around him shine. He is my new Ronnie Whelan, I’m watching him every game to see how he moves acts and influences those around him, Mane and Salah one everything to him as do we, legend.
Dave LFC

Alleg to stand on
So, Allegri is still available right?

Ed Woodward better have his number on speed dial, before Man Utd are left in the bottom half and having to rely on Big Sam or taking a chance on Laurent Blanc.

Ole is a lovely bloke and that’s just his problem. How many games does Ed give him before he hits the red ejector seat button? I’d have to say if we only get a couple points in September then it’s chop time.

Thoughts everyone?
Ben, Up T’North

Are you Gunnar go my way?
Please stop the “Ole Gunnar Solskjaer”.  Please.

Do we have to listen to:

You get the point.  Stop it, it’s annoying as hell.

Thanks in advance.
Steve, Los Angeles

You drew, mate. You were 1-0 up. Southampton equalized. Suck it up,

Don’t hide behind your “golden boy” label. Camp Nou was a long time ago. You have a crappy team full of prima donnas in a club with no Director of Football who are happy to deal your best squad players out on loan.

It’s going to be a long three months, then you can go back to Molde. Unless you want to stay and work for Ralph (no middle name) Hasenhüttl.
Steve, (Tired of the bullshit), Los Angeles

Turning tables
So, I’m curious, what is the general definition of the term “midtable”? Where does it start and stop?

The most obvious safe one is that 10th, as it is the median and half of 20. Obviously as a category it has to be more than one spot, so does that make it 8th to 12th? Which is a quarter of the full table (5 spots) centered around the median.

I know that there isn’t an official one but I see the term bandied about  quite a lot (the latest being Sarah’s article in regards to Man United, which inspired this mail). Where does one stop being midtable and into a top table or lower table team?

Since Man United lowest finish post-title was 7th in 2013-2014 and they are considered by some to be midtable, would the definition include 7th, or even 6th like their previous season? Where would be the bottom cutoff? Perhaps 15th which is three quarters of the table, or maybe 17th, the lowest safe spot?

And if there isn’t a generally accepted one, what would be your personal definition of it? Just something Ive been curious for years.
Yaru, Malaysia

United are the new Arsenal
Another predictable result for United and some questions answered perhaps. For the life of me I have been unable to grasp the fanfare over Rashford, it is truly bonkers. The circle jerk formed for this player in the last 3 years is beyond comprehension and I’ve never seen what others seem to see. Appalling decision making for a man in his 4th year of top flight football and wouldn’t get near the squad let alone first 11 of any of the top 10 teams in Europe. He’s a fraud who is finally being given his chance to be found out.

The lack of recruitment up front given who we’ve let go, is gross mismanagement. How does this supposed behemoth of football allow the level of consistent f*ckery to happen year after year – it’s like the twilight zone.

Matic proved once again why he is finished at top flight football and has there ever been a more heartbreaking site for a United fan to see a player as bad as Pereira being substituted with the anomaly that is Jesse Lingard – what a piss poor squad. What genius decided Pereira or Lingard were ever good enough for this league let alone this team.

It is stunning how 30 years of unrivaled success can be undone in half a decade. This club is rotten to the core with a litany of fools not fit for purpose and without a notion on how to recruit for a football club. The Sanchez deal alone should have Woodward on his arse begging for change outside the Bishops Blaze. I am resigned to the fact United are the new Arsenal and shall remain in the shadow of our two bitterest rivals for the foreseeable future. Ferguson and Gill created a masterpiece and Woodward has gone over it with crayons, it is just hard to watch.
Rowan, Red Devil Dub

Don’t be Rash
First let me say how much respect and admiration I have for the irreplaceable Sarah Winterburn. But in the early part of this year she wrote an article about United’s woes which contained a suggestion that if it took over £200k to sort out Rashford’s new contract the club should “just give the man over £200k a week”.

I dared, respectfully, to write in with a post that was published to the effect that such a suggestion was consistent with everything we think has gone wrong at United.

Anyhow, move on a few months and I, again massively respectfully, am obliged to point out that the peerless Sarah says in her F365 article today that “Marcus Rashford looks far, far too weak to lead the line”. I agree Winty, but…..

Sorry, I am not doing a Mediawatch at all, it’s just, well, sorry.
Mike (Winty for PM), WHU

VARce
I’m so sorry for invoking the subject, but if VAR won’t give the red cards for a the fouls on Wilson and Zimmerman, what’s the point?
Dan, Plastic LFC

VAR, the saviour of football. Allowing play to develop longer before pulling play back for an infringement. In theory only. One again VAR fails, one through human error (Kevin Friend, when he fails to see contact from Zaha on Grealish, which causes him to stumble or Cahill’s shin rubbing contact and blew up for a dive?) and one through sheer incompetence of the reviewer (Tielemans ankle breaker).

The problem, referees are not accountable for piss poor decisions. The reviewing referee seems to not want to reverse the decision of the on field referee, probably because they don’t won’t to highlight or bring to light the awful standard of refereeing some have been getting away with ( looking at you Kevin). So, while this is the case, VAR won’t work.

Perhaps if we have an independent person/body who looks at VAR, and casts an non biased eye we may get some where. Otherwise, we get Mike Riley once again defending the indefensible on a technicality.
Chris (He’s not my friend that Kevin)