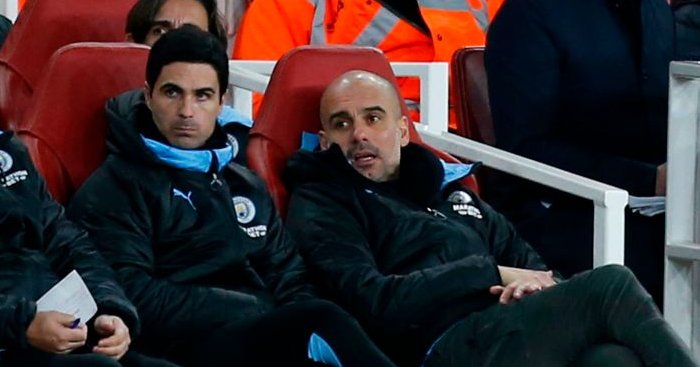 Steeling a living
From naming Yerry Mina – ‘Had the Colombia international got his block on Greenwood’s shot the Duncan Ferguson roadshow would have continued unblemished and experienced a rare victory against Manchester United’ – and Jan Vertonghen – ‘The Belgium international produced an outstanding all-round performance’ – as two of three centre-halves in his BBC Sport team of the week, to calling Bournemouth’s ‘a performance that will rank as one of the best in manager Eddie Howe’s career’, despite it ranking about third or fourth in his games against Chelsea alone, Garth Crooks is in fine form on Monday.

He even finds room to make a bizarre threat against the footballing existence of Michail Antonio.

But his pièce de résistance comes, as ever, with his views on Sheffield United.

‘Twenty five points after 17 league games? Every time I watch Sheffield United I’m left scratching my head wondering how a team playing such basic football can be fifth in the table. Players like Chris Basham, John Lundstram and John Fleck, all of whom have now made my team of the week at some stage, are clearly the reasons why.

‘Apart from the fact the Blades are very difficult to beat and wear you down, like any decent puncher they can deliver a knockout blow. Their approach is proving to be simple but very effective. They are making the Premier League look ordinary.’

Oh lord. Here we go again. Was it the backheel from Enda Stevens in the build-up to Fleck’s first that was ‘basic’? Or the inch-perfect, first-time, nonchalant flick-over-the-head assist from David McGoldrick that was ‘simple’? Mediawatch is confused.

Please, Garth, just read this. Or this. Or this. Or literally any of the analyses that go into slightly more depth than just looking at the squad list, seeing the names of John Egan and Jack O’Connell, and deciding they must be agricultural, bruising sh*thouses.

Jurgen Klopp was “very impressed” with “the way they play” in September. Garth Crooks? Still ‘scratching my head wondering how a team playing such basic football can be fifth in the table’. One of these men is not like the other.

Taking the Mik
Crooks is also busy championing someone for the Arsenal job.

‘Meanwhile, Arsenal quickly need a strong figure with a sizeable reputation at the helm and they should look no further than Carlo Ancelotti.’

Sky Sports probably have the right idea with this bit of BREAKING (can speculation really be BREAKING?) news.

Wow. He watched from the opposition dugout as Arsenal were thrashed on Sunday, yet ‘is now the leading candidate’ by Monday morning.

Over to you, Kaveh Solhekol…

‘Arsenal are expected to appoint a new manager before the end of the month with Mikel Arteta firmly established as one of the leading candidates.’

‘Arsenal are coming under pressure to appoint a new manager before the transfer window opens on January 1 and Manchester City assistant manager Arteta is understood to be one of the leading candidates for the job.’

And now he’s just ‘understood to be one of the leading candidates for the job’. Which he has been since Arsene Wenger left 18 months ago. So please remind us what is even vaguely BREAKING about this ‘story’?

Freddie’s nightmares
For now, Freddie Ljungberg remains in charge. And Neil McLeman of the Daily Mirror has outlined his priorities:

‘One of the Swede’s first tasks is to speak to Ozil about his reaction to being replaced on 59 minutes.’

And you thought one of his first tasks would be to coach defenders how to defend. Silly you.

‘Forget top four, Arsenal could soon find themselves in a relegation fight.’

They could. They could also win a single game and go joint-sixth. So they might be OK.

Criminal damage and Arsene
Writes Mark Irwin in The Sun:

‘Come back Arsene, all is forgiven.

‘When the angry brigade forced Arsenal’s most successful manager out of his job last year, they could never have imagined just how quickly things would go downhill.’

United front
Manchester United are three points ahead of relegation-battling Arsenal. Yet Neil Custis insists ‘all is indeed going well’ under Ole Gunnar Solskjaer in The Sun:

‘He will celebrate a year in charge on Wednesday with the visit of Colchester in the Carabao Cup, knowing that the evidence is starting to back up his assertions that all is indeed going well.’

The evidence of the literal Premier League table shows them level on points with Sheffield United, with as many wins as Newcastle and nine points against teams in the bottom half this season.

All is indeed going well.

‘As auditions for the job go, Ferguson’s is not a bad one after their 3-1 win over Chelsea. They could do worse, and United could do worse than stick with Solskjaer given the strides his young side are making.’

‘At the end Ferguson hugged his opposite number, the Norwegian’s nose crushed into his chest.

‘Two men trying to bring the good times back to their clubs.’

He’s ‘trying’ and ‘they could do worse’. It’s the new Man United way.

The ‘horror’ presumably concerns how wrong those ‘CL draw calculations’ were. Bloody numbers (being used incorrectly).

Recommended reading of the day
Patrick Boyland on Moise Kean. (£)