Home Chelsea News The church of Mourinho: Losing the faith 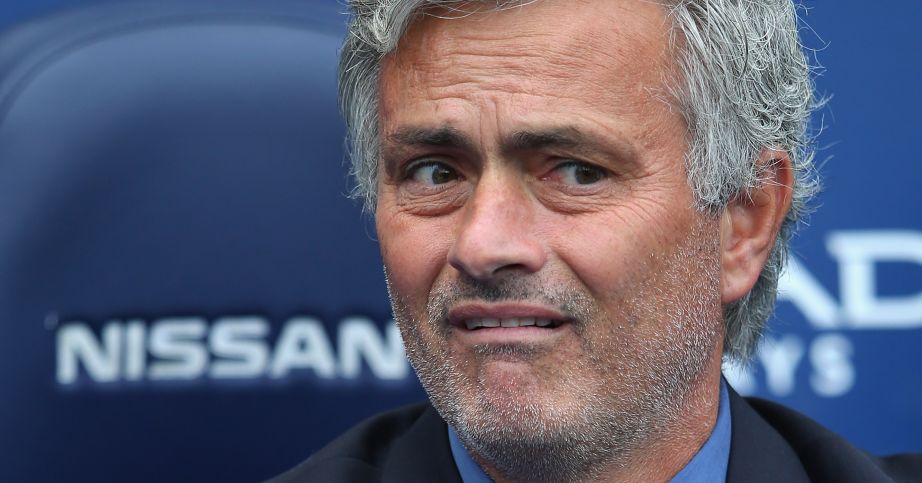 Jose Mourinho’s management style is built on trust, control and unity; he’s fighting fires on all three fronts. The church is in danger of burning down…

There is a quote about Scientology from Kirstie Alley, avid follower and all-round nasty piece of work, if reports are to be believed. “L. Ron Hubbard really got the concept that if people united, and not in some airy-fairy way, but if they united and they put their, you know, muscle and brawn together and they worked really hard, you could create a better situation.”

That could so easily describe Mourinho’s management style. His demand for a ‘united’ front is the basis of his success, a requirement for hard work first and everything else second. Every player is asked, forced even, to buy into his vision. They are tempted by promises of success, and when Jose promises enlightenment, it usually arrives in the form of glittery silver trophies. His management style is a college of the mind – players are made to think better, feel better and thus play better. ‘Fatigue, pfft. We’re Mourinho’s men and we’re untouchable.’

Mourinho’s famous siege mentality is also a tool used by Scientology’s leaders. Creating a barrier to the outside, non-Chelsea world, there is a distrust of anything that paints Mourinho or his club in a negative light. Accusations after the home defeat to Southampton that referees “are afraid to give decisions to Chelsea” is indicative of the wilful paranoia which forms part of every Mourinho failure. The cliche is to embrace mistakes and learn from them, but in the Mourinho faith, Mourinhism if you will, the acceptance of culpability is an acceptance of weakness.

‘Scientology always has been a game of power and control,’ said critic Jenna Hill in her book on the subject, and again the Mourinho connection is evident. He may be a fabulous and meticulous coach, but the Portuguese’s obsession with control risks alienating those close to him.

At Chelsea (first spell), Real Madrid and Internazionale, Mourinho has fallen out with senior players towards the end of his tenures, lashing out at his closest allies. He is like an old Roman emperor, lashing out, fuelled by deep suspicions that subjects are plotting against him; the only eventual solution is to get rid of them all. Chelsea’s own Roman must be growing more and more uneasy.

In the male-dominated, testosterone-fuelled world of Premier League football, control is synonymous with respect. Mourinho is successful precisely because his record and charisma generates such a desire to win amongst players and staff, but the mask can slip.

Mourinho’s treatment of club doctor Eva Carneiro was appalling, matched only by the Football Association’s woefully inadequate response. Down to ten men, an injured player on the floor, a medic running on, Chelsea then conceding – it was as if he had exploded through his total control vacuum during crucial moments in a match. Carneiro received the backlash.

It was an action only forgiveable if followed by a grovelling apology, but Mourinho’s problems were compounded by his extreme stubbornness. Having allowed the mask to slip, he was too proud to admit the mask was loose. In that incident and its aftermath, the manager allegedly lost the respect of some of his players and staff. With that respect went control, the fuel of his managerial machine.

It’s difficult to see how Mourinho alters this worrying Chelsea trend. Against Southampton he seemed powerless to effect change upon the game, merely an actor in a play he is used to directing. Having already admitted defeat in retaining the title, Mourinho claimed that he was still confident of a top-four place. That may depend on his own behaviour. Mourinho must re-motivate a club in which he has cast out a key member of staff and moved the captain from centre stage.

In a religion founded on trust, control and unity, the leader has to fight fires on all three fronts amid a mood of wariness among squad, staff and media. The church of Chelsea’s Mourinho is in danger of burning to the ground.