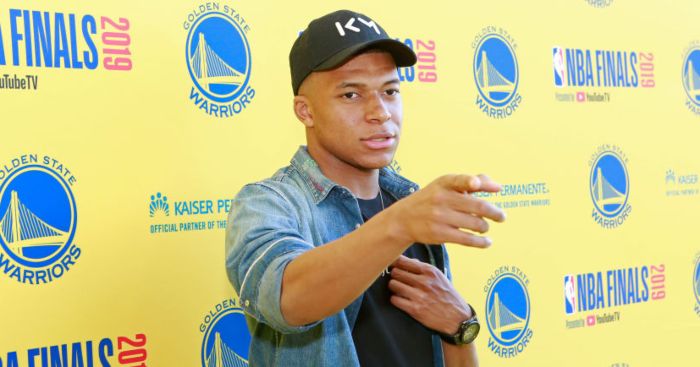 Forever young
With JUST 49 DAYS left of the transfer window and Manchester United still having made more signings than only literally half of the Premier League, the inquests into their failed summer rage on. Some are happier to offer advice than lazy critiques, thankfully.

‘United need to ditch big names and let Ole prove they CAN win with kids,’ reads the headline to Brian Reade’s Daily Mirror column on Thursday. That sounds like a lovely but very much flawed idea. Let’s take a look.

‘Sir Alex Ferguson felt so under siege during the summer of 1995 he compared himself to Gary Cooper in High Noon.

‘He wanted to rebuild but didn’t want to do it around experienced players who would rather be elsewhere, so chose instead to install a youthful nucleus of Paul Scholes, David Beckham, Nicky Butt and Gary Neville alongside the already blooming 21-year-old Ryan Giggs.’

Mediawatch sees where this is going.

‘Even if Ole Gunnar Solskjaer had a fraction of the power that Fergie held at Old Trafford he has neither the managerial genius nor the players to oversee a similar transformation. But his vision of rejuvenating United through a nucleus of hungry young players is undoubtedly the right one.’

Signing young players instead of throwing £500,000 a week at a 29-year-old Alexis Sanchez is hardly groundbreaking, nor is suggesting Solskjaer try to emulate one of the sport’s greatest ever managers. But still.

‘However, as Fergie showed, to facilitate that you need to ship out the senior pros who don’t want to be there, meaning his plan to construct a new, vibrant team around Paul Pogba looks fatally flawed.’

Again, advising the club to sell Paul Pogba is nothing new. If another side matches their valuation, it would certainly make sense.

‘If United offer Pogba £500,000-a-week as a consolation prize for not being granted his dream move to Real Madrid they will fall into the same old trap.’

Like you just did with unnecessary hyphenation, you mean?

‘Solskjaer’s rebuild will never be a success because his main man will have one eye on the exit door.

‘Instead they should take the money and take a risk on hungry youth, confident in the knowledge that history shows you CAN win things with kids.’

That would all be absolutely fine if 2019 Manchester United were at all comparable to 1995 Manchester United. One just came sixth and is battling with Manchester City, Liverpool, Chelsea, Tottenham and Arsenal for relevance; the other had just finished a single point behind champions Blackburn.

And Mediawatch will not confess to be an expert on Mason Greenwood, Tahith Chong and James Garner, but it is wilfully naive to even imply they could have a similar effect on the team to Paul Scholes, David Beckham, Nicky Butt and the Neville brothers.

History does indeed show that ‘you CAN win things with kids’. But history has not seen too many teams as dominant as Manchester City or Liverpool, and history absolutely does not point to United being able to topple either – never mind both – solely by ‘taking a risk on hungry youth’.

More from Planet Sport: England v Sri Lanka: All you need to know

Reade all about it
Is he done? Is he heck.

‘And Pogba would no doubt say that in the three year he’s been there, Ed Woodward’s scattergun transfer policy has built nothing around him but a mediocre mess, that he wants to be winning big titles again. And right now, as Solskjaer himself as has admitted, United are way off that level.

‘They won’t get back there by hanging on to established players against their will. So if the right price comes in for Pogba, and for Romelu Lukaku, Solskjaer should take it and reinvest it in players making their mark here and abroad, as well as giving a chance to the plentiful young talent already at the club.

‘It’s what Tommy Docherty did in the early 70s. He removed egos and legends who were living off past glories, brought through unknowns such as Steve Coppell and Gordon Hill and built a new, attacking force that allowed the club to begin moving on from the Busby era.’

Important note: He also led United to relegation to the Second Division in his first full season.

In for the Kyl
Liverpool are not going to be particularly busy this summer. They spent over £240m in 2018 but, as European champions, won’t be embarking on a similar spree in 2019. They will replace Daniel Sturridge and Alberto Moreno, and perhaps sign a centre-half, but there will be little else in terms of incomings. Absolutely everybody knows this; it is not a secret.

But that will not stop the Daily Mirror website from trying to generate a ridiculous buzz over Kylian Mbappe. You see, he followed Fabinho, Mo Salah, Steven Gerrard and Philippe Coutinho (and Cristiano Ronaldo, Matthijs De Ligt, Memphis Depay, Frenkie De Jong, James Rodriguez, Vinicius Junior, Didier Drogba and a load of other non-Liverpool-related footballers) on Instagram recently, where he also posted a message which simply read: ‘Soon.’

He might as well be awkwardly leaning on something at Melwood as we type.

Mbappe’s social media activity generated discussion among supporters desperate for something to happen this summer. The Mirror take that ball and run with it far into the distance.

‘Kylian Mbappe gives honest opinion on Jurgen Klopp amid Liverpool transfer speculation,’ reads one headline to a story published at 5.02 on Thursday. This is tireless work.

His ‘honest opinion’? That Champions League-winning manager Jurgen Klopp is “good”. That, and the fact he plays as Liverpool on FIFA, is literally the only quote.

‘Jamie Carragher sparks excitement with Kylian Mbappe to Liverpool transfer tweet,’ reads another to a story published at 1.17 on Thursday. Football never sleeps.

The ‘Liverpool transfer tweet’? Made from an obviously fake Twitter account posing as Sky Sports News, ‘which even featured Sky’s famous logo as it’s [sic] display picture’ – how crafty – that Carragher retweeted to take the piss. Successfully, as it happens.

A reminder that this is news.

‘Liverpool transfer target Kylian Mbappe says he could emulate Reds star with career move,’ reads a third headline to a story published at…hold on, it’s 5.02 on Thursday again. And by the same bloke as the other two articles. Jake Polden is an absolute machine.

It is at this point that the Mirror have actually fallen for their own bullsh*t. Mbappe is now a fully-fledged ‘Liverpool transfer target’ hoping to follow in the path of a ‘Reds star’.

‘Mbappe has emerged as a Reds transfer target in recent weeks despite Paris Saint-Germain’s insistence the World Cup-winning forward is not for sale’ – and despite the fact Liverpool aren’t actually targeting him just because he followed Fabinho on Instagram.

The quote? “We don’t know what happens in football. Now in the USA, a lot of great players come after their careers in Europe, like Zlatan Ibrahimovic, Steven Gerrard, Frank Lampard, Andrea Pirlo, great players. You don’t know what can happen, maybe when I’m a little older I can think about this.”

Three stories published in the space of less than four hours by one author regarding a transfer rumour based on Instagram activity. Liverpool might as well #AnnounceMbappe now.

‘Everton have seen off West Ham to agree a £22million fee with Spanish giants Barcelona for Andre Gomes.

‘Now the Portuguese international midfielder, 25, is set to sign a permanent deal with Marco Silva’s team after a successful season on loan.

‘West Ham offered £25m for the player but Tottenham did not make a bid despite early interest.’

Wag end
The following lines feature in that story:

‘WHEN Man United new boy Daniel James signed for the Red Devils, one of the first people to congratulate him was his girlfriend.’

‘They appear to be completely smitten with one another, often sharing love-up snaps on social media.’

‘They appear to’ have been going out for two years, so yeah.

Recommended reading of the day
Jonathan Wilson on Lionel Messi and Argentina.