Home Gossip The Deadline Day that was. Or wasn’t, really 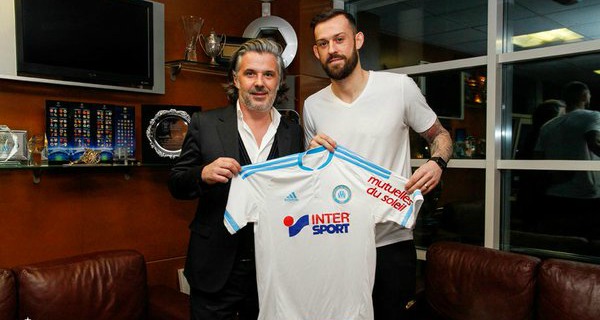 Well that was a wonderful day, wasn’t it? Those of us starting a shift at 3pm that finished at midnight had visions of transfers firing in left, right and…yeah, we’re kidding nobody.

It was always going to be a quiet Deadline Day (as if we’re actually expected to capitalise the f**king words now). The Premier League’s top clubs apparently had some sort of amnesty where none of them bought a single first-team player, and the clubs at the bottom had done most of their business before the final day.

As Ronald Koeman said: “We did our job and I think if you have to do your job, or any big business, today then in my opinion you are nervous or you do not know what you have to do, because in my opinion it is a little bit late. I mentioned several times, we did our job with Charlie Austin and nobody will leave the club in January.” If you are scratching around for presents on Christmas Eve, you can’t afford to look gift horses in the mouth.

Did you hear that Marseille signed Steven Fletcher?

That said, the final couple of hours were not quite as boring as we had feared. Stoke did break their transfer record to sign Giannelli Imbula, who makes us sing the “Gino oh Gino Ginelli” ice cream advert song as soon as we hear his name. Imbula has two years of Champions League experience, has only just turned 23 and was rated very highly at Marseille before moving to Porto. Stoke spent £18.3m big ones. Which is lots of big ones.

The other big deal of the day was Everton’s move to save Romelu Lukaku from playing 200 games per year until he leaves or breaks. Oumar Niasse is a gamble at £13.5m – Lokomotiv Moscow have trebled their money in 18 months – but he will at least be interesting to watch. It’s basically £5m when you consider the money they got for Steven Naismith.

Elsewhere, Patrick Roberts and Alex Pritchard completed loan moves from Manchester City and Spurs to Celtic and West Brom. We’re scratching our heads on how the moves will work, but are prepared to be wrong. Again.

Seydou Doumbia also completed a loan deal to Newcastle, although again we’re not convinced. Let’s just say his form needs to improve just in order for him to be more useful than Emmanuel Riviere. Mathieu Debuchy also headed out on loan, to Bordeaux from Arsenal. He really isn’t going to get to Euro 2016.

As for the rest, take Middlesbrough’s eff you to FFP regulations and their flirty wave to the Premier League and we’re about done. They paid £9m up front for Jordan Rhodes, a fee that will rise considerably higher should they get promoted, bought another kid from Belgium (it’s really, really late and I’m not Googling his name) and got Ritchie de Laet on loan from Leicester. They will get their promotion, too.

No, we don’t know what videos Marseille have seen either.

We at Football365 like to consider ourselves (slightly snidely and snobbishly, naturally) removed from the tidal wave of transfer bulls**t that crashes over our homes twice a year, but there is no doubting its popularity.