Home F365 Features The decorated dozen: The players with 30 or more major honours… 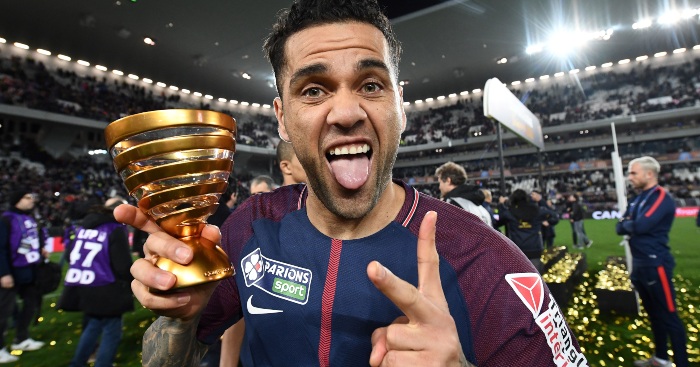 Only players who have played at least one season of club football in Europe are included. Club honours only…

Arjen Robben – 30 (PSV, Chelsea, Real Madrid and Bayern Munich)
Robben is one of a select few players to have ever won league titles in four different countries, which is good going for a one-trick pony.

Vitor Baia – 30 (Porto and Barcelona)
You think you’ve seen things? Spare a thought for Vitor Baia, the final survivor at Porto when the Portuguese club were plundered in 2004. The goalkeeper spent 16 fruitful years in his homeland, briefly departing for Barcelona in 1996 to win five trophies in two years before returning.

Sir Kenny Dalglish – 31 (Celtic and Liverpool)
Six First Division titles. Three European Cups. Countless honours in Scotland, but continued relentless dominance upon his journey south. ‘Not only did Dalglish end his playing career as Liverpool’s greatest player, but as the most decorated player in British domestic football,’ one individual once wrote. It is to Dalglish’s great credit that only one man has managed to surpass him in terms of the latter achievement.

31 years ago today Kenny stunned Everton by beating them to both trophies. And a magnificent 3-1 drubbing at Wembley. #Kenny Dalglish stand pic.twitter.com/WrXjTd5yjk

Andres Iniesta – 32 (Barcelona)
Since his first La Liga title in 2004-05, Iniesta went only one season trophyless – 2007-08, since you asked – before leaving Barca in 2018. Under Thorsten Fink at Vissel Kobe, the midfielder is yet to conquer Japan in quite the same way.

Zlatan Ibrahimovic – 33 (Ajax, Juventus, Inter, Barcelona, Milan, PSG and Manchester United)
Zlatan won a domestic title with each of his clubs, a total of 13 in 16 years – best of luck telling him that the Calciopoli scandal strips him of two Serie A titles – before he joined Manchester United. There he had to settle for Jose’s Diet Treble, but that’s still three more honours than he has managed so far in MLS. Which Zlatan knows is really the big one…

Lionel Messi – 34 (Barcelona)
Messi is still only just 32 and boasts more silver than a ruddy magpie. Cristiano Ronaldo, for what it’s worth, has won 26 trophies down the years – although the Portuguese has tasted success with his country. Messi will have eyes on top spot before he eventually packs it in.

Ryan Giggs – 34 (Manchester United)
Ryan Giggs has won more trophies than all but three clubs in English football. It would admittedly be difficult to best Manchester United (66), but Liverpool (61) and Arsenal (44) are the only other sides to outdo the Welshman.

Oleksandr Shovkovskiy – 36 (Dynamo Kiev)
Four players have made over 100 Champions League appearances in the history of the competition without ever winning it. Gianluigi Buffon will hope his last hurrah back at Juventus will help him vacate that select group next season, while Ibrahimovic and Cesc Fabregas will likely forever stare at the empty space on his mantelpiece where a winner’s medal might sit. Similarly Shovkovskiy, 45, must comfort himself with one of his 14 Ukrainian Premier League titles instead. Though he has bigger concerns, like dodging bullets fired by his ex-mother-in-law.

Hossam Hassan – 36 (Al-Ahly, Al Ain and Zamalek)
Courtesy of brief spells with PAOK and Neuchâtel Xamax early in his career, Egyptian legend Hossam Hassan qualifies for this list. Over a 22-year playing career the striker won a number of delightful accolades, from the Afro-Asian Cup to the Saudi-Egyptian Super Cup. He also finished joint-top goalscorer at the 1998 African Cup of Nations with Benni McCarthy, so think twice before you discount him.

Dani Alves – 36 (Bahia, Sevilla, Barcelona, Juventus, PSG)
When Dani Alves left Barcelona in 2016, it was perhaps assumed that his glory days were coming to a close. Then he won eight honours in three years, though picking all-conquering sides to play for in Italy and France played a significant part. Not that we’re saying he’s a massive fraud, but unless he goes to Burnley and immediately wins the Treble, then…

Maxwell – 37 (Cruzeiro, Ajax, Inter, Barcelona and PSG)
From his Copa do Brasil victory with Cruzeiro in 2000, to the Coupe de France in his final match for PSG in 2017, left-back Maxwell carved out an unlikely reputation as a serial trophy hoarder, collecting 37 major honours at a career rate of around two per year.

The Brazilian’s Wikipedia page tells us that he ‘is known to be one of Zlatan’s closest friends; they were teammates at Ajax, Internazionale, Barcelona and PSG.’ And that clears up the mystery.

Maxwell has now won 37 trophies in his career: