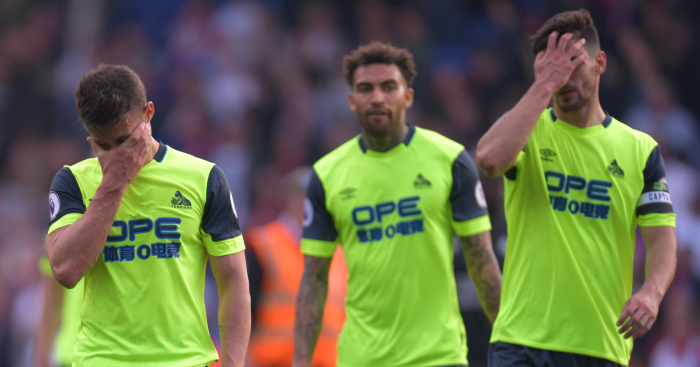 Sunderland (April 14, 2006 – 33 games)
It turns out that signing Daryl Murphy, Nyron Nosworthy, Jon Stead, Kelvin Davis, Tommy Miller, Martin Woods, Alan Stubbs, Anthony Le Tallec, Joe Murphy, Andy Gray (not that one), Christian Bassila and Justin Hoyte in one summer transfer window does not a successful Premier League survival make. Sunderland came up as Championship winners in 2005 and went down 20th in the Premier League in 2006, beating only Middlesbrough, West Brom and Fulham in a miserable campaign. Of all results, it was a 0-0 draw against Manchester United at Old Trafford that sent them down.

Sunderland (April 12, 2003 – 33 games)
They could not quite beat the club record they set three years prior, however. Mick McCarthy was the common denominator, ending the 2002/03 season in charge after starting the campaign and being sacked in 2005/06. They at least won four games this time, the last of which came in December against a Liverpool side that missed out on Champions League qualification by, yup, three points.

Portsmouth (April 10, 2010 – 33 games)
Two years after a John Terry slip robbed him of a Champions League winner’s medal, Avram Grant added a top0flight relegation to his illustrious CV with Portsmouth. It is almost impressive Pompey lasted so long, mind. They made the worst ever start to a Premier League season and were bottom from the second weekend until the last. But even with a nine-point deduction in March, it took them another month to be condemned to the Championship. A day after their fate was sealed, they beat Tottenham in an FA Cup semi-final because Tottenham.

Leicester (April 6, 2002 – 34 games)
With the caretaker spell of Garry Parker that stretched into a fortnight, Leicester had four different managers in the 2001/02 season. After finishing 13th and reaching the FA Cup quarter-finals the previous campaign, Leicester won five games en-route to a relegation that was confirmed unfairly early. The season was brought forward ever so slightly due to the 2002 World Cup, meaning that they had just four games left when a home defeat to Manchester United sent them down. Considering Brian Deane was their top scorer with six goals, it was a long time coming.

It doesn’t feel like Huddersfield have equalled such painful inferiority.