Home Chelsea The eight most expensive loan players in history 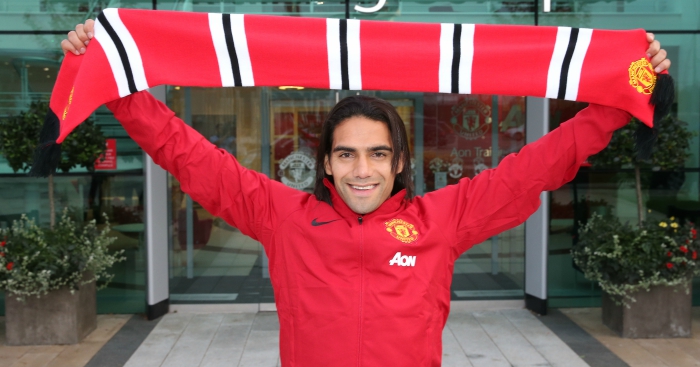 8. Gaizka Mendieta (£29m)
To say that Gaizka Mendieta showed terrible timing for the biggest move of his career is quite the understatement. Named European Midfielder of the Year by UEFA for the second consecutive season after leading Valencia to another Champions League final defeat in 2001, the Spaniard took advantage of his burgeoning reputation by moving to Italy.

His time in Rome was disastrous. He made just 20 Serie A appearances – Lazio paid £1.45million per game for his services – and the Italian side ended the season in sixth place. The fans loathed him, the manager did not like him and the press hardly took a shine to him; Gazzetta dello Sport described him as ‘a terminally ill patient’. And just to make matters worse, Valencia won La Liga under new boss Rafael Benitez in their first season without their star midfielder.

Mendieta was the sixth-most expensive player in history when he joined Lazio, but he was farmed out to Barcelona within 12 months of his arrival. He fared slightly better on home turf, scoring six goals in 47 games, yet there was still no place for him in Italy upon his return. And so he was loaned out once more to Middlesbrough, where he helped the club win the League Cup before he fell out of favour with Gareth Southgate. He retired in May 2008, a full 18 months after his last appearance. What a career.

7. Andriy Shevchenko (£30.8m)
Jose Mourinho never wanted him. By Andriy Shevchenko’s own admission, it was Chelsea owner Roman Abramovich whose “persistence” tempted him to move to Stamford Bridge. On this occasion, the manager knew best.

Shevchenko scored nine goals in 47 Premier League appearances, his pace and his touch deserting him as he was already arguably past his peak years when he joined. But it was not until Luiz Felipe Scolari was appointed manager that the Ukrainian was shown the door at Chelsea. Former club Milan welcomed him back on loan in August 2008, before one of the great palindromic careers in history was completed as he returned to Dynamo Kyiv a year later.

6. Robinho (£32.5m)
“On the last day, Chelsea made a great proposal and I accepted,” said Robinho at his surprise unveiling as a Manchester City player in September 2008. When a reporter replied, querying whether he “meant Manchester”, the Brazilian answered: “Yeah, Manchester, sorry!”

5. Andy Carroll (£35m)
Andy Carroll has been loaned out twice in his career. On the first occasion, he was a wiry, short-haired 18-year-old sent to develop at Championship Preston in August 2007. The second time, he had grown a ponytail, bulked up somewhat, and was headed to Premier League West Ham. Oh, and he was now a £35million footballer.

4. Fernando Torres (£50m)
But Liverpool only ever paid £35million for Carroll because Newcastle knew their pockets were about to swell. Chelsea paid a whopping then-British record – and until this week, an intra-Premier League record – £50m to sign Fernando Torres from the Reds in January 2011, and every club on the planet knew they could hold Kenny Dalglish’s side to ransom over his replacement.

3. Radamel Falcao (£51m)
Most clubs spend an increased amount of money upon promotion. Huddersfield have treated the summer before their inaugural Premier League campaign like an all-you-can-eat buffet, hoovering up talent and breaking their club-record transfer fee three times already.

Monaco’s reaction to promotion from Ligue 2 was to first sign James Rodriguez and Joao Moutinho in a combined £60m deal from Porto, then follow that by prising Radamel Falcao from Atletico Madrid for £51m. The trio are not a patch on Aaron Mooy and Steve Mounie, mind.

Falcao continued his remarkable form in France, scoring 11 goals in his first 19 games. But the striker suffered a season-ending knee injury in January 2014, and would never be the same again. The Premier League felt as though it could rehabilitate him however, with first Manchester United and then Chelsea signing him on loan in successive seasons. United did not take up the £43.5m option to sign him, just as Chelsea rejected the chance to make the move permanent for £38m.

And to continue the laborious metaphor, Guardiola then lent the rather expensive Zlatan-mobile to a mate. Ibrahimovic’s move to Barcelona never sat quite right for any of the parties involved, particularly not when the Spanish side paid Inter Milan £40m and sent Samuel Eto’o the other way as part of the deal. As if that was not enough, Inter would dump Barcelona out of the Champions League in the semi-finals that season, before going on to lift the trophy themselves.

1. James Rodriguez (£63m)
Gareth Bale. Cristiano Ronaldo. Luis Suarez. There concludes the comprehensive list of players who were more expensive than James Rodriguez upon his arrival at Real Madrid in summer 2014. The Colombian had shone at the World Cup; his reward was status as a Galactico.

Paul Pogba, Gonzalo Higuaín, Neymar and Romelu Lukaku have since joined the above list, but Rodriguez remains the eighth-most expensive footballer in history. Which makes his recent two-year loan move to Bayern Munich seem a little weird.