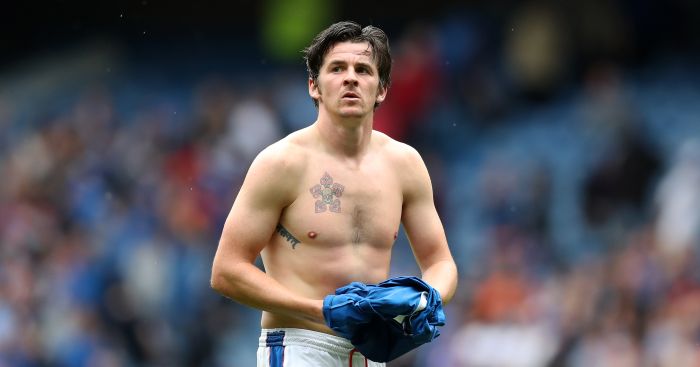 Joey Barton has been suspended from all football activity for 18 months with immediate effect after he admitted a Football Association misconduct charge related to betting.

The 34-year-old midfielder started his career with Manchester City and has played for Newcastle, QPR, Marseille and Rangers. He also has one full England cap.

In January, he rejoined Burnley after a successful stint with the Premier League club in 2015/16 and has played 13 league games this campaign, scoring once.

A short statement from Burnley said Barton will appeal against the length of the ban.

Confirmation of Barton’s intention to appeal against the severity of his punishment came almost immediately in a long statement published on his personal website.

Noting his long ban and £30,000 fine, Barton wrote that he was “very disappointed at the harshness of the sanction”, particularly as there was no suggestion of match-fixing.

He continued: “The decision effectively forces me into an early retirement from playing football.

“I accept that I broke the rules governing professional footballers, but I do feel the penalty is heavier than it might be for other less controversial players.

“I have fought addiction to gambling and provided the FA with a medical report about my problem. I’m disappointed it wasn’t taken into proper consideration.”

The Liverpudlian goes on to explain how he grew up in an environment where betting was common and has gambled on sporting events all his life.

Barton, a complicated character, has served numerous FA bans for misconduct throughout his career and has also twice been convicted on charges of violence, spending 11 weeks in prison in 2008.

But in recent years he has tried to control his temper and has become one of the game’s more thoughtful critics – his near 1,500-word mea culpa to the betting charges is a good example of his more philosophical approach.

Writing that he understands why the FA has rules on betting and acknowledging that he has broken them, Barton poses a difficult question for the football authorities and clubs.

“I think if the FA is truly serious about tackling the culture of gambling in football, it needs to look at its own dependence on the gambling companies, their role in football and in sports broadcasting, rather than just blaming the players who place a bet,” he wrote.

“Surely they need to accept there is a huge clash between their rules and the culture that surrounds the modern game, where anyone who watches football on TV or in the stadia is bombarded by marketing, advertising and sponsorship by betting companies, and where much of the coverage now, on Sky for example, is intertwined with the broadcasters’ own gambling interests.

“That all means this is not an easy environment in which to try to stop gambling, or even to encourage people within the sport that betting is wrong.

“It is like asking a recovering alcoholic to spend all his time in a pub or a brewery. If the FA is serious about tackling gambling I would urge it to reconsider its own dependence on the gambling industry. I say that knowing that every time I pull on my team’s shirt, I am advertising a betting company (Burnley are sponsored by Dafabet).”

The shirts of nine of the Premier League’s other 19 clubs are also sponsored by gambling companies this season.

Barton’s statement also details the scale of his football gambling and even lists the 30 games he bet on that the FA’s independent regulatory commission flagged up as the most problematic, as they involved his club, although he was only actually playing in five of these fixtures.

Addressing the central issue that he made several bets on his own team to lose, he stressed that he has “given everything” in every game he has played and was not involved in the match-day squads for any of those games.

“I had no more ability to influence the outcome than had I been betting on darts, snooker, or a cricket match in the West Indies,” he wrote, admitting that he was sometimes expressing his frustration at not being fit or picked to play.

“One thing I can state with absolute certainty – I have never placed a bet against my own team when in a position to influence the game, and I am pleased that in all of the interviews with the FA, and at the hearing, my integrity on that point has never been in question.”

Crystal Palace winger Andros Townsend was given a four-month ban for gambling offences in 2013 whilst playing for Tottenham but three months of that were suspended. Bournemouth’s Dan Gosling was fined £30,000 a year later during his spell at Newcastle.

But last season, non-league manager Nick Bunyard was given a three-year ban for betting against two teams he managed.