Home F365 Features The European transfers you may have missed 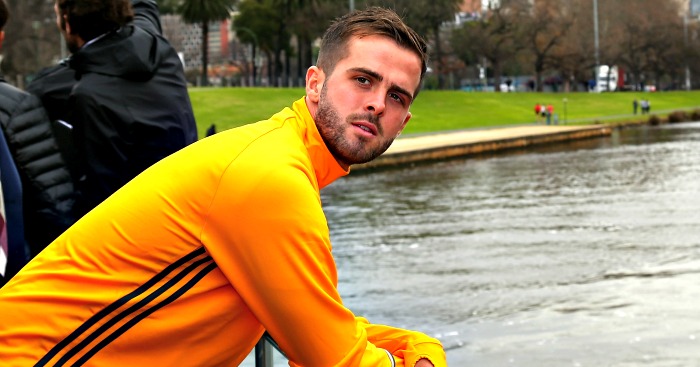 Nico Gaitan to Atletico Madrid
On July 31 of last year, Nico Gaitan was rumoured to be ‘hours away’ from leaving Benfica. In one of 14 stories The Metro published from June to October 2015 regarding the winger’s future, it was claimed that Gaitan would soon join Manchester United. He is one of five transfer rumours that just would not go away at Old Trafford.

Twelve months later, and Gaitan’s departure from Benfica was finally sealed. In years gone by, a player moving from one respected European club to another for £21m would be something approaching headline news. In an era ready to beckon its first £100m footballer, it has been veritably overshadowed. Atletico Madrid won’t mind, as they now have a seasoned international among their ranks. It feels as though the Argentinean has been around forever, yet he is still only 28. After winning ten titles in six seasons in Portugal, he has flown under the radar to head to the Spanish capital with a view to helping Diego Simeone overcome La Liga’s immensely powerful duopoly.

Raphael Guerreiro to Dortmund
The only player at Euro 2016 to seal an elusive and illustrious double of places in the official Team of the Tournament and the Ignorant Scout XI. I’m sure he’s honoured. Guerreiro started this summer as a first-choice left-back at a team in the lower reaches of Ligue Un, and ends it with a European Championship winner’s medal, a reputation enhanced more than almost all of his teammates, and a new, improved club to boot. In their search to have anyone but Alberto Moreno start the season in defence, Liverpool courted the 22-year-old throughout May and June, but their approaches were knocked back. Not so for Dortmund, who signed him during the tournament for £9.5m.

The Portuguese’s arrival could potentially spell the end of Marcel Schmelzer’s seven-year stint as a regular first teamer. At the very least, he will provide competition that the Germany international has seldom faced at the Westfalenstadion. Guerreiro is a solid defender, but his attacking game continues to improve. With Turkey starlet Emre Mor also joining Thomas Tuchel’s quiet revolution at Dortmund, the black and yellow army are primed to battle the Bayern juggernaut once more. If only one of the world’s finest coaches in Carlo Ancelotti had not inherited one of the world’s finest squads.

Now that’s out of our systems, what about Miralem Pjanic to Juventus, eh? Not content with winning Serie A by nine point last season, Juventus quickly set about Bayern Muniching the sh*t out of their rivals. An approach for Gonzalo Higuain – star striker for runners-up Napoli – would eventually fail, but signing Pjanic from third-placed Roma could be a masterstroke from Massimiliano Allegri.

Marek Hamsik. There starts and ends the extensive list of players to have provided more Serie A assists since the 2011/12 season than Pjanic. Signed from Lyon in summer 2011, the Bosnian established himself as one of the finest playmakers in Italy – no mean feat – and was so often the driving force behind Roma’s quest to finally dethrone Juventus. The Wolves fell at the final hurdle too many times however, and, as they say: if you can’t beat them, join them. Pjanic did, for £25m.

Lucas Digne to Barcelona
Barcelona don’t like signing defenders. Ask them to sign forward-thinking players, and their success rate is generally high. Arda Turan has been a notable disappointment against the backdrop of Ivan Rakitic, Luis Suarez and Neymar, but the club don’t exactly employ a Tony Pulis to oversee their defensive recruitment. No-one should ever forget Dmytro Chygrynskiy, while Thomas Vermaelen is rarely the answer.

But while Javier Mascherano, Jeremy Mathieu, Eric Abidal and Marc Bartra have taken turns in an attempt to replace Carles Puyol and partner Gerard Pique in the centre, the Spaniards have had something approach success at full-back. Dani Alves’ departure this summer ends his eight-year reign on the right, while Jordi Alba has made the left his home since joining in summer 2013. Lucas Digne will provide him with more than worthy competition.

Few would have expected the Spanish champions to check the cast-offs section at Paris Saint-Germain, but that was where Digne was stowed away. The left-back joined the French giants in 2013, but played just 29 Ligue Un games over three seasons. The form of evergreen Maxwell forced him to take solace at Roma, where he was able to showcase his talents. Barca were sufficiently impressed, and signed the 22-year-old for just under £14m.

Hatem Ben Arfa to PSG
When the dust has settled, when Ryan Giggs is manager of Manchester City, when Steve Bruce has led England to become world champions, and when Football365 is bought out by a consortium fronted by Daniel Storey, offices will mull over one question. Minds will be tortured, work will go unfinished, and fights will break out, as the age-old series of ‘Whose career path is this?’ meets a controversial end.

Lyon, Marseille, Newcastle (loan), Newcastle, Hull (loan), Nice, Paris Saint-Germain. To say Hatem Ben Arfa has taken the long route to fulfil his immense talents and find a home at the champions of his native land would be quite the understatement. Just 18 months ago, an apoplectic Bruce would emerge and admit he had no idea where Ben Arfa, then a Hull City winger, even was. His career was salvaged at Nice, and a new chapter with PSG will begin next season. The 29-year-old’s omission from France’s Euro 2016 squad was a controversial one, but when Unai Emery takes the reins at the Parc des Princes, he will be greeted by the toothy grin of a free agent who we are contractually obliged to describe as mercurial.