Home F365 Features The five best teenagers in the Championship 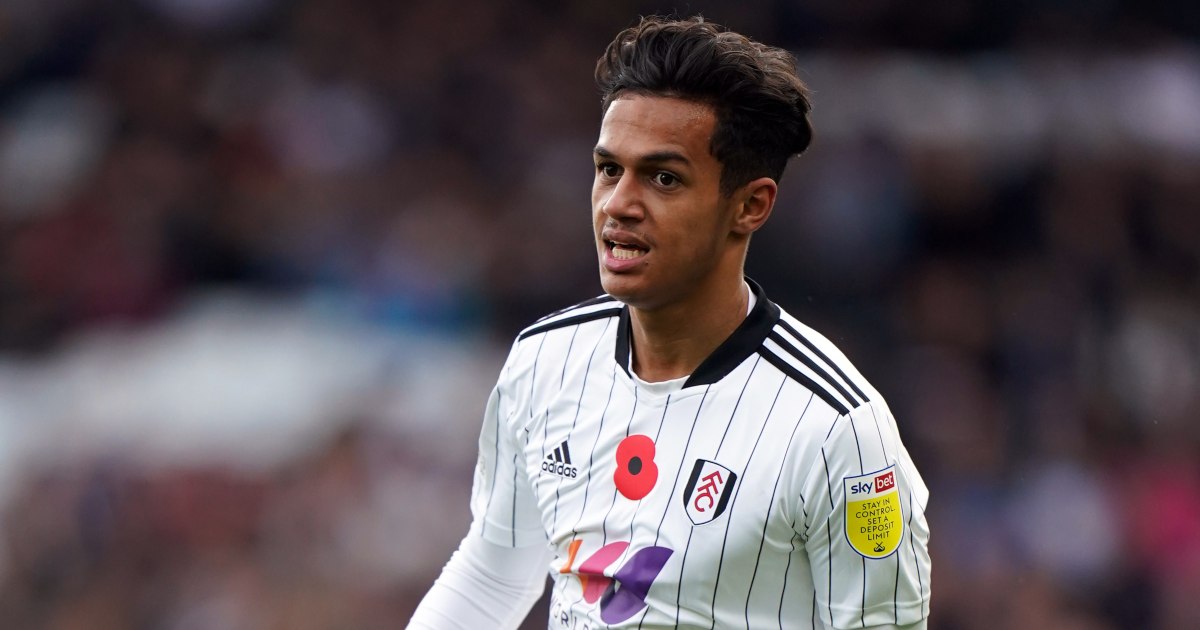 5) Sepp van den Berg – Preston North End (on loan from Liverpool)
Like Marc Guehi and Swansea, Sepp van den Berg’s return to Preston on a season-long loan following an initial six-month secondment at Deepdale should have significant long-term benefits for the young Dutchman.

Most adept in the middle of a back four, but having impressed at right-back and even in front of the defence in a defensive midfield role, Van den Berg’s versatility at 19 years old is commendable, but it is his individual performances which have seen his admirers sit up and take notice. Despite his 6ft 2in frame, the on-loan Liverpool player has seen the majority of his chances this season come out wide at right-back. Despite North End currently looking over their shoulders at the bottom three after a typically so-so start to the season, the individual performances put in by the versatile defender this season are impressive.

He has missed just the opening 45 minutes of the season, perhaps Preston’s worst half of the campaign to date, and played a crucial role in the club’s seven-match unbeaten run following three successive losses to start the campaign. Perhaps the less said about last weekend’s trip to Nottingham Forest the better.

Burrows scored crucial goals for Darren Ferguson’s side in each of his first two appearances off the season, and recently netted in a 2-1 win against QPR. One of the most versatile players in the division, Burrows make Van den Berg look one-dimensional. In Peterborough’s fluid shape, Burrows has most often been found marauding up and down the left wing to great effect, but he has proven equally capable of playing in a sitting role in the centre of the pitch when needed, and even on the right side of the midfield in a tight defeat to Bristol City.

If Burrows’ progress continues in much the same way over the next six months, then big things are coming the teenager’s way.

3) Levi Colwill – Huddersfield Town (on loan from Chelsea)
The second of two Premier League loanees to make the list here, and it is no surprise to see one of the strongest and most promising from the current Chelsea youth academy contingent make the grade in the Championship. Centre-back Colwill has been a revelation for Huddersfield in a back three which is suiting Carlos Corberan’s side superbly in the opening months of the campaign.

Playing alongside much more experienced heads Matty Pearson and Tom Lees, the trio have looked almost imperious for much of this term, having all been brought to the club over the course of the summer. Pearson and Lees bring experience, but Colwill has all the attributes to take him to the top of the game. Already touted as a potential future England international, the teenager had never played senior football before this season, and has looked every bit as assured as defenders almost twice his age for much of the campaign.

The Southampton-born defender has missed four games for the Terriers in 2021/22 – they only won one. Conversely, they have won six of the 13 he has featured in, and regular watchers of the West Yorkshire side this season know that that is simply no coincidence.

2) Tyrhys Dolan – Blackburn Rovers
Blackburn Rovers winger Tyrhys Dolan is another Championship youngster who looks destined for the top flight of English football before very long. Rather than a loanee, Dolan is one of Blackburn’s permanent players, though they are remarkably grateful that near-neighbours Preston were not so confident in Dolan’s abilities when they released the tenacious forward in the summer of 2020.

The then-18-year-old played in almost three-quarters of Blackburn’s season in his first campaign as a senior pro, scoring three goals and quietly announcing himself as a talent to watch. Now, despite Ben Brereton Diaz being the headline-maker for all the right reasons on and off the pitch, Dolan has taken himself to another level while still in his teenage years.

Tony Mowbray’s inconsistent Rovers have one of the most three-dimensional and exciting forward lines in the division, and Dolan’s three goals this season mean he has already matched his tally for the 2020/21 campaign. Rovers are unbeaten with just one draw in the games Dolan has either scored or assisted in this season, but the wide man is far more than a good luck charm. Be very excited for what comes next, unless you’re in any way connected to Preston, who could really do with their former player back.

1) Fabio Carvalho – Fulham
Who else? The first four players on this list are good, and all have great futures ahead of them in the game, but Fulham’s young midfielder Carvalho has many of the best teams reportedly fighting to secure his signature. Indeed, Carvalho is headed for the very, very top.

The Portuguese-born England Under-18 international has had a torrid time with injuries, and has played by far the least amount of football on this list this season. That made for serious consideration as to whether he would take the number one spot, but the number one spot he takes for being just that good when he is fit. Carvalho has played just 23 minutes of football since being sidelined in late August.

His early season form came as no surprise, with the youngster having recorded 17 goal involvements in 13 games in Premier League 2 last season, and even notching in the real thing against Southampton in May 2021. Already, tongues were wagging, but the attacking midfielder remained with the Cottagers over the summer, and was perfectly at home in the Championship, scoring in three consecutive games against Huddersfield, Millwall and Hull City.

Like others here, the stats are one thing, but the eye test is the ultimate indicator. Carvalho is a special talent, and links to Liverpool and Real Madrid are well-founded and understandable. Now he is back fit, the rest of the Championship should beware for as long as Fulham can keep him by the Thames.