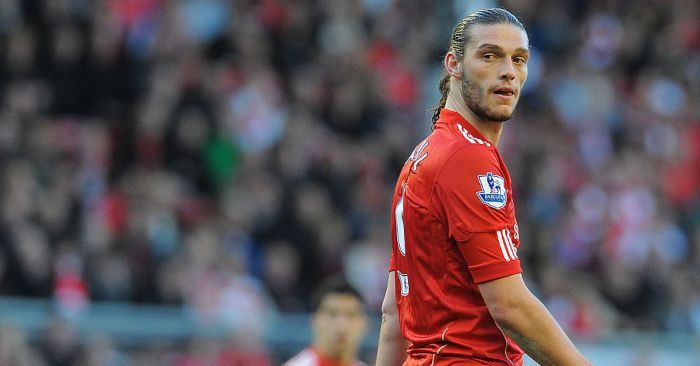 The depreciation of Eliaquim Mangala has got us thinking: which other players were signed for huge fees but sold – or even released – for considerably less by the same club? Only players under the age of 30 are included, because these fellas should have been at their peaks instead of going downhill.

Robinho (£17.5m loss) – signed for £32.5m at 24, sold for £15m at 26
Manchester City sure have learned their lessons during 11 years of Abu Dhabi Group ownership. In their first few hours of Sheikh Mansour’s rule they made one of the most costly mistakes possible when shattering the British transfer record to sign Robinho.

That move went through on deadline day in 2008, with the Brazilian accidentally expressing his delight that Chelsea “made a great proposal and I accepted”. The Blues were in control of the deal at one point – before p*ssing Los Blancos off by selling shirts on their official website before it was confirmed.

A relationship that started off on the wrong foot was never likely to progress much further. Robinho actually had a decent first Premier League season, scoring 14 goals in 31 games under the management of some fella called Leslie. But with the only goal of a second, injury-hit campaign coming against Scunthorpe, he sought to leave by January 2010.

After a loan spell with Santos, Robinho was in a position to reject offers from Fenerbahce and Besiktas in favour of joining AC Milan just two years after moving to Manchester. He presumably didn’t say how happy he was to be at Inter in his first press conference.

Andy Carroll (£20m loss) – signed for £35m at 22, sold for £15m at 24
By the time Andy Carroll’s initial five-and-a-half-year contract with Liverpool had expired in summer 2016, the striker had just finished his fourth season at West Ham. That it took the Reds another seven years to make their next January signing worth more than £12m speaks volumes.

In Premier League terms, Carroll had 31 games and 14 goals to his name when a panicked Liverpool came calling in 2011. Fernando Torres was on his way to Chelsea and an immediate replacement was required. Newcastle rinsed them dry.

It took until April for the forward to even score. And while his second campaign culminated in a League Cup trophy and FA Cup final – his semi-final winner against Everton optimistically described as “worth £35 million in itself” by Jamie Carragher – he was on loan at West Ham by August. The move was made permanent a year later, with Liverpool doing well to only make a £20m loss.

Anderson (£20m loss) – signed for £26m at 19, released at 26
Some rollercoasters start at the zenith before soon crashing towards the nadir. Anderson’s first season in English football ended with him, still a teenager, being told by Ryan Giggs to take a penalty in the Champions League final. “Oh, I’m f**ked” seems a fair response.

The relief etched on his face was obvious, with the coveted Golden Boy award and Club World Championship adorning his mantelpiece by the end of the year. Another successful spot-kick in a League Cup final shootout in 2009, as well as a second consecutive Premier League title, secured a sensational first two seasons.

But from 2009/10 to 2012/13, the Brazilian never made more than 18 league appearances in a single campaign. Injuries took hold, his place in the pecking order was lost, and then Sir Alex Ferguson left.

Eight games under David Moyes was enough to send him in search of meaning on loan at Fiorentina in January 2014, and his two matches for Louis van Gaal saw United lose 4-0 to MK Dons and draw 0-0 with Burnley. There were no tears shed when Internacional offered him the former European and world champion a permanent reprieve for free by January 2015.

Ander Herrera (£29m loss) – signed for £29m at 24, released at 29
There is an odd one out on every list. Ander Herrera’s value did not depreciate in half a decade at Old Trafford, Manchester United were simply too foolish to try and capitalise on it.

The official line from the midfielder was that “sometimes the timing is just not right”. But it was a reported lack of communication, followed by the subsequent offer of a pay cut, that left a hugely popular player feeling ‘disrespected’ and leaving for nothing.

Herrera was never the best player, but he was devoted to the cause and a useful option at a time when Ole Gunnar Solskjaer seems shorn of them in midfield. Thanks for the memories, the sh*thousing, the kissing of badges and the three trophies. But should a club really be losing a 29-year-old for free when they were named their Player of the Year just two seasons prior?

Eliaquim Mangala (£32m loss) – signed for £32m at 23, sold for nothing at 28
And, in truth, the loss might be even higher. The fee involved in Eliaquim Mangala joining Manchester City in 2014 has been subject to claim and counter-claim, shrouding the official number in mystery. The rather vast ballpark stands somewhere between £31.8m and £41.4m.

There can be no uncertainty with regards to his departure. The only way Pep Guardiola could shift the Frenchman out of his squad was to let him go to Valencia for nothing with a year of his contract remaining.

Mangala leaves Manchester with a Premier League winner’s medal for his vital contributions across four starts in 2017/18. His last appearance for the club came on New Year’s Eve 2017. His second was f**king hilarious.