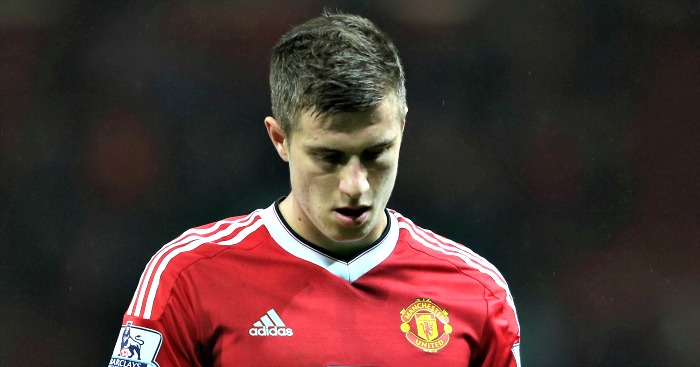 Paddy McNair
When discussing the prospect of Manchester United’s youth players featuring under the supposedly ageist Jose Mourinho, Paddy McNair is rarely the man for whom the fans fear. ‘Will Mourinho play Marcus Rashford?’ they ask. ‘What of Anthony Martial?’ they worry. ‘Is Cameron Borthwick-Jackson going to get games?’ they panic. Patrick James Coleman McNair’s future is not one to get the pulses racing.

That is not to denigrate the Northern Ireland international. McNair fared relatively well when called upon by Louis van Gaal at United, although he has played just one minute of competitive club football since February. The 21-year-old is also of vital importance on the international scene, starring in the recent friendly victory over Belarus, and featuring in the last three games as a defensive midfielder. He is the natural successor to Jonny Evans. And who doesn’t love Jonny Evans?

“I have not heard anything from him,” said McNair upon praising the appointment of Mourinho. Considering you played fewer Premier League minutes than Guillermo Varela, Sergio Romeo and walking injury Phil Jones, there might be a reason, fella.

Aiden McGeady
“My reaction to Aiden’s performance? I think he can do a lot better but maybe that’s the story of Aiden’s career,” was the withering response of Republic of Ireland assistant manager and professional angry man Roy Keane earlier this week. McGeady was one of a number of Ireland players to perform poorly during the 2-1 defeat to Belarus on Tuesday, with his latest international cap just as disappointing as the previous 81.

McGeady did not make a single Premier League appearance last season. After starting a Capital One Cup third-round clash with Barnsley – he was substituted at half-time – the winger sought first-team football elsewhere. A move to Sheffield Wednesday on loan provided the former Celtic man with an opportunity to impress. He was returned to Goodison Park with the receipt before the Championship play-offs commenced. The 30-year-old, who has scored one goal in 43 games for Everton, and five in 82 for Ireland, said that he “forgot what it was like to be a footballer” upon joining Wednesday. It appears he is still trying to jog his memory.

Jonathan Williams
There is no La Masia at Crystal Palace. There will not be a ‘Class of 2022’ emanating from Selhurst Park. De Toekomst is a pipe dream for the south east Londoners. But youth development is still of the utmost importance at the club. Nathaniel Clyne, Victor Moses and Wayne Routledge are held as the most recent successful graduates from the club’s academy. Jonny Williams was supposedly destined to surpass them all.

Williams made his full Palace debut as a precocious but talented 17-year-old in the Championship. The midfielder impressed before a broken leg curtailed his season. The 22-year-old has remained with the club since its promotion in 2013, but has made just 12 Premier League appearances in the subsequent three seasons. In loan spells at Ipswich, Nottingham Forest and, most recently, Milton Keynes Dons, Williams has played just 43 games, scoring twice. Since the start of their Euro 2016 qualification campaign in September 2014, Wales have won six of 13 games, losing three. Williams featured in just one of the victories, and started in two of the losses.

Valon Behrami
One of 13 players signed by promoted Watford last summer, Behrami was also one of the few with any discernible Premier League experience. Etienne Capoue joined with 24 league games for Tottenham to his name; Behrami arrived having played 58 top-flight games for West Ham from 2009 to 2011. It is difficult to see what the Swiss midfielder added to Quique Sanchez Flores’ squad. While only Nathan Ake made more tackles per game, six players made more interceptions, 20 had more shots, 15 created more chances, and 13 made more passes. Considering the 31-year-old also failed to score and provided only one assist, it is safe to say he struggled. Of the 12 games Watford won last season, Behrami started just three – a 1-0 win over Swansea, during which he was sent off five minutes after the Hornets opened the scoring, and victories over Newcastle and Crystal Palace.

@DavidMeyler7 deserve it big man. Mr dependable for @hullcity always know you're gonna put a shift in and put body on the line #UTT #BPL

The above is one of the first replies to David Meyler upon the Hull midfielder announcing his inclusion in the Republic of Ireland squad on Twitter. It encapsulates the man: a hard-worker; a trier; a resolute option; a dedicated professional. Unfortunately, each of the aforementioned is often a synonym for ‘not quite good enough’.

Meyler’s work-rate will never be called into question, but there is a reason he did not start any of Hull’s three Championship play-off games at the end of the season. He did not feature at all in the 3-0 win over Derby, was introduced as a second-half substitute in the second-leg defeat to the Rams, and played five minutes of the final victory over Sheffield Wednesday. That the 27-year-old started just two of Ireland’s ten games in qualifying seems rather apt. They won just one of them – against Gibraltar.