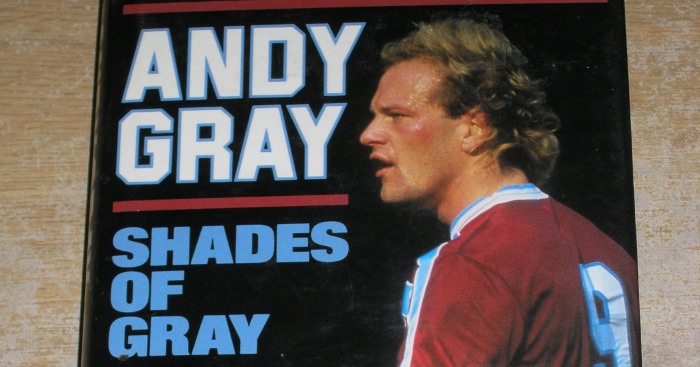 Forget the latest bestsellers or Booker Prize winners! The Football Book Club are the only book club who instead read a footballer’s autobiography every week.

For over a year now, we at The Football Book Club podcast have been reading another obscure footballer’s autobiography every week, as we wrote about here. Where some enjoy reading Dickens, we’d rather read something by Paul Dickov.

But instead of doing the sensible thing and stopping, we’re continuing our journey through forgotten football classics. From A(de Akinbiyi) to (Jer)Zy (Dudek). The good, the bad and the Garry Monk’s ‘Loud, Proud and Positive’. Bringing you all the gold we find in there along the way.

Time for an extra-special Dramatic Reading!

An exclusive excerpt from @paddykenny17‘s brilliant new book The Gloves Are Off (out now through @VerticalEds), this story is called ‘Paddy Kenny Gets His Drain Fixed’ #sufc #twitterblades #qpr pic.twitter.com/WwGaqxgipP

This week on the show we read a forgotten classic from all the way back in 1986, written by former Villa striker and Sky presenter Andy Gray. And we regret to inform you it’s called ‘Shades of Gray’.

Thankfully that’s where the comparisons to 50 Shades end, as I’m not sure anyone wants to read 200 pages of naked Andy Gray, tied to a bed yelling ‘OH YES, UNBELIEVABLE STUFF FROM THE BIG MAN, THANK YOU VERY MUCH’.

But look at that cover! The hair. The short shorts. If anything, it’s too sexy for an EL James book.

ICYMI, our latest episode where we read Andy Gray’s 1986 not-so-classic ‘Shades Of Gray’ is out NOW.

Instead, the book takes us back to 1986, where a much younger and much hairier Andy was slap bang in the middle of his second spell at Villa. A happier time, long before Andy had met anyone called Richard Keys.

Given the events of Keysageddon, the book is – perhaps surprisingly – a fairly tame, quite sweet chronological retelling of his decorated career up to that point.

However there are some unexpected revelations along the way. Here’s the three most important things we learned…

ANDY GRAY ONCE LIVED WITH BLACK SABBATH FOR A MONTH

Where most footballers spend pre-season doing bleep tests and generally getting ready for the season, during his first spell at Villa, Andy went on holiday with heavy metal legends and Villa fans Black Sabbath.

You’d think a top footballer and a metal band living in a huge Hollywood mansion with limitless money would lead to all kind of stories wouldn’t you? Well, so would we. But sadly, all Andy really talks about is 1) How big their car is. And 2) How much he likes swimming in their pool.

Still – in terms of unlikely double acts – it’s up there. Although something tells me Ozzy Osbourne’s autobiography doesn’t include the time Andy Gray came over and wouldn’t stop talking about swimming pools.

There’s a chapter in the book where Andy recounts causing a media frenzy because he’s photographed walking from a Birmingham coffee shop to his car wearing nothing on his feet, which Andy thinks is a totally normal thing to do – like he’s just got off the stage at Woodstock or runs a tech company in Silicon Valley.

Maybe it is, and we’ve got nothing against the street stuff. But taking your shoes off in a coffee shop, Andy? That’s not cool. Imagine, sitting in Pret, trying to drink your americano and Andy Gray’s there with his size 10s on the counter, brushing his big toe against your almond croissant. Talking loudly on the phone about how big Black Sabbath’s car is. Put them away, Andy!

ANDY WAS NOT A GOOD NIGHTCLUB MANAGER

Footballers and nightlife go together like a good coffee and taking your socks off. So it’s no surprise Andy, like many other players, opened a nightclub.

The Holy City Zoo in Birmingham was – as Andy describes – meant to be ‘a sophisticated night club where the food, surroundings and company were a cut above the average’. Sadly it didn’t deliver. Firstly, who orders food at a nightclub? Imagine going to Vodka Revs and ordering a bolognese? You deserve what you’re getting.

And while we can’t comment on the surroundings, in terms of the company, among the club’s regulars Andy Gray mentions are Russ Abbott, Bernie Winters and Jim Davidson.

Overall, the book’s not a bad book, especially if you’re a Villa fan or love swimming pools as much as Andy. And maybe it’ll never sell the 130m copies worldwide 50 Shades has. But it is free on Kindle Unlimited and at one point there’s a spelling error where Andy Gray says ‘I anally came to my senses’. So in that respect, it’s highly recommended.

At least I assume it’s a spelling mistake anyway? Maybe it’s more 50 Shades than I thought.

Does he talk about himself in the third person? Yes

Does Roy Keane turn up? No

Did you learn anything meaningful from the book? No – just the way it should be