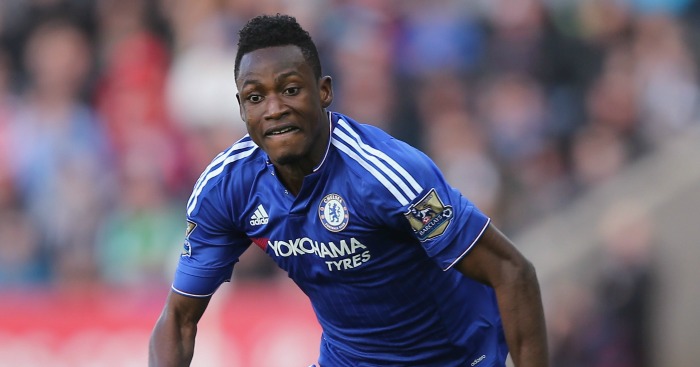 The full 25-man squad lists for each Premier League club are here.

Soufyan Ahannach (Brighton)
“Last season I extended my contract because the right clubs were not in contact. I was happy at Almere City, but then interest came from England. Of course, I’m very happy with that.”

Soufyan Ahannach is perhaps rather less happy at being omitted from Brighton’s actual 25-man Premier League squad. He spoke of his delight in the above interview at moving to the “world’s biggest league”, but he will take no part. Chris Hughton spent £500,000 to sign him from the Dutch second tier in late August, but found no place in his squad for the winger.

Abdul Baba Rahman (Chelsea)
Antonio Conte has made no attempt to hide his belief that Chelsea desperately required improvements in the summer transfer window, but the Italian had a £21.7million left-back with top-flight and European experience at his disposal all along.

That is the kind description of Abdul Baba Rahman of course, who Jose Mourinho signed in a similarly frustrating summer back in 2015. The 23-year-old’s absence from the Premier League champions’ 25-man squad could possibly be attributed to a knee injury suffered at the Africa Cup of Nations in January, but Schalke confirmed their interest in taking him on loan again in early August. No such move came to fruition, and the Ghanaian is now stuck at Stamford Bridge.

Mauro Zarate (Watford)
In total, there were four notable absentees from Watford’s 25-man squad. The Hornets moved to explain Craig Cathcart and Tommie Hoban’s omissions as due to their recent injuries, but Mauro Zarate has no such excuse. The forward has been sidelined since January, but made his return in a friendly on Friday.

Considering Watford named Nordin Amrabat in their 25-man squad before loaning the winger out to Leganes of La Liga, it seems a little harsh to not include Zarate. But Watford have this covered too. A statement on the club’s website, along with the squad announcement read:

‘The squad list is subject to change with approval from the Premier League Board due to other federations’ transfer windows remaining open until later dates.’

That Zarate kid still has a chance, folks.

Brice Dja Djédjé (Watford)
Not so for Brice Dja Djédjé. Watford signed the 26-year-old right-back for £4million in summer 2016, but he has yet to play a single Premier League game for the club under two managers. Walter Mazzarri signed him but omitted him from the squad 12 months ago, and Marco Silva has now repeated the trick. Poor Brice.