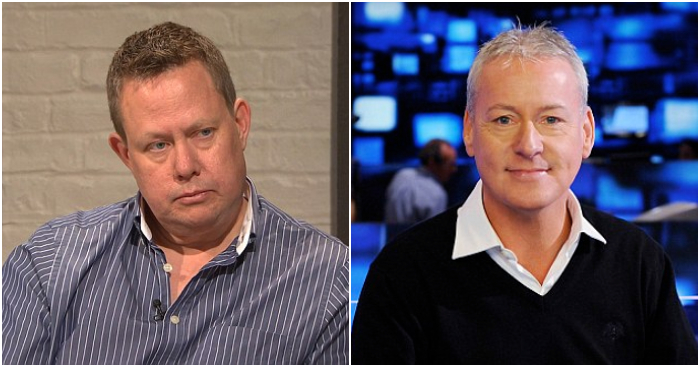 Dirty Harry
‘Harry Kane was a VARy happy man as Tottenham took one step towards the Carabao Cup final’ – Paul Jiggins, The Sun.

Spurred on
After writing off Liverpool’s entire 2019 just eight days into the year, Neil Ashton returns to pass judgement on Tottenham and Chelsea.

‘They have nothing to fear from this lot any more. The days of Chelsea dominating their north London rivals, are well and truly over.’

And on the defeated Chelsea, he adds: ‘Chelsea were timid, struggling to make some serious inroads into this first leg.’

Also: ‘Chelsea flickered just before the break, with N’Golo Kante clipping the outside of the post when he read Marcos Alonso’s cross. Even so, Spurs were in control of this.’

Spurs had six shots to Chelsea’s 17. The visitors had 58% possession at Wembley. It doesn’t particularly sound like Spurs ‘were in control’ against their ‘timid’ opponents.

‘Eden Hazard is entitled to feel aggrieved. For one-off matches the false nine has the element of surprise. But this is becoming a habit…one Sarri needs to break.’

Punditry of the day

“I think Callum Hudson-Odoi played well and I was impressed. He didn’t particularly stand out but he is a young player in a good team and he did okay.”

Jermaine Jenas offers his rather confusing (and confused) opinion to BBC Sport.

Custis v White: No-one wins
But you really aren’t here for all this, are you? You’re here for the Rumble in the talkSPORT jungle, the battle between two of the sport’s biggest heavyweights, guest refereed by the estimable Alan Brazil.

You see, Neil Custis was invited onto the station on Wednesday morning, but used the opportunity to settle a month-old dispute over something pretty harmless. Why? Because he is Neil Custis, arbiter for justice.

And so we present to you, almost entirely without comment, the 1,210-word transcript of Neil Custis (NC) v Jim White (JW), with Alan Brazil (AB) overseeing matters.

NC: “Hi, Jim. I’d just like you to explain that outrageous slur of yours…

*laughter breaks out in the studio*

“…about a month back, in which you claimed…”

JW: “I believe you haven’t slept since then?”

NC: “Well I have actually, but anyway.”

NC: “Well I will do. He came out and said that the journalists in the north west don’t ask the proper questions at Manchester United, and that if he was there he’d be like the CNN guy with the microphone who refused to buckle and would ask the big questions, and he claimed we don’t do it, i.e. we don’t do our jobs properly.”

JW: “What did you say about the CNN guy?”

NC: “This is what Jim said about the CNN guy…”

JW: “I am Jim. You’re speaking to me at the moment, Neil. Here’s the bottom line: it was around Dharmesh Sheth, who was my colleague at Sky, who was at Tottenham that particular day. And the Tottenham presser…

JW: “And the Tottenham press officer had stopped questions he fired at Pochettino about speculation regarding Manchester United, and my attitude there was that it reminded me vividly of the situation in the White House with CNN’s Jim Acosta being stopped by the Trump aide. It shouldn’t happen. And the bottom line is I think we’re all culpable in this – you me and others – I don’t think we push hard enough to make ourselves heard at news conferences like that. We should be dragged out kicking and screaming.”

NC: “That would be ridiculous. That would make us look ridiculous as well. There’s ways to ask questions, and there’s ways to elicit information, and it doesn’t necessarily involve people shouting and screaming at people and making a show of it. Now for you to suggest that’s what we should be doing is totally wrong because you have to deal with football clubs, you have to have a relationship with managers…”

JW: “I understand that.”

NC: “You can still ask the same questions, and still get the same information by asking in a different way…”

JW: “No but my point is Neil, you don’t get information because they cut you short.”

JW: “One doesn’t get information because one is cut short by a press officer.”

NC: “No but you suggested we weren’t asking the right questions and that if you came up there, you would do it. That’s what you said. Now I’ve been covering this football club for 20…”

JW: “What did you say? That if I came up there I would do that? I didn’t say that at all.”

JW: “It’s a shame, Neil. You’ve waited a month and you’ve got it wrong again. Listen, have a good one.”

AB: “Oh come on. You’re talking to me now, not Jim, alright? We’re talking about Jose. Come on. Put the ball away. Come on. What about Jose? What’s the news?”

*Inaudible complaining in the background*

NC: “I’m not gonna ring him back. But he can’t besmirch a group of journalists who cover Manchester United and claim they don’t ask the right questions.”

AB: “Whoa, whoa, whoa, hold on a minute. That’s not me. Don’t shoot the messenger. I wanna talk to you about Jose and Real Madrid for God’s sake.”

“Alright, coward’s probably a bit too strong. I apologise for that. But he’s walked away in the middle of a conversation.”

AB: “No, I can tell you’re a bit angry, Neil. And he’s out of order putting the finger up when he walked out. But listen, you’re talking to me now. Please. Take it up with him please, Neil. Come on. We’re buddies.”

After spending just over a minute calming down and discussing the future of Jose Mourinho, White returns to poke the Custis bear once more.

JW: “I don’t know. I was walking back out. We’ve got the small pressing matter of a show at 10 o’clock but Neil was still clattering on about me being a coward or something. Sorry Neil, I didn’t hear what you shouted?”

NC: “I wasn’t clattering on. I was trying to make a point and you walked out in the middle of it because you didn’t want to hear the point, and you rather rudely and arrogantly cut me off and walked off. That’s what I was clattering on about.”

NC: “I want…well you heard what I was saying! But you kept talking over me and walking off!”

NC: “Oh do you know…just go and do your show. I’ve already said it. You said – and if you didn’t say it then the people that tweeted it out were probably wrong – but you said that the people in the north west that cover Manchester United don’t ask the hard questions.”

JW: “The people in the north west who cover Manchester United don’t ask the right questions? Basically, what I said was this: the people, at times, bend to the rules which are implemented by press officers at clubs. And we shouldn’t. We shouldn’t.”

JW: “And I say ‘we’, that includes you and I in this, we are there to ask the questions that the fans want us to ask.”

JW: “And we should persist until we’re dragged out.”

NC: “But I think you’d be making a show of yourself if…

NC: “Right, well you might not be, but anyway.”

Beautiful down by the Mersey walking the dogs this morning… nice and calm pic.twitter.com/VpPnhtePyE