Home Liverpool The full transcript of a quite ridiculous Mitrovic claim 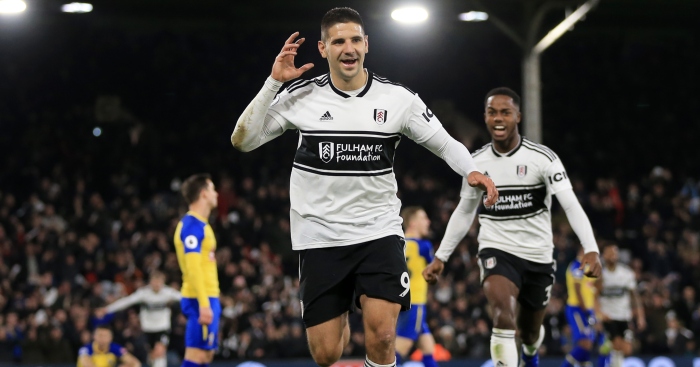 Aleksandar Mitrovic “would walk into” Real Madrid’s starting line-up, as well as all but two sides across the world. Apparently.

Mitrovic has seven goals in 13 games for Fulham this season, keeping the otherwise-troubled Cottagers afloat at the bottom of the Premier League.

The Serbian was unfortunate to miss out on our top ten players outside the Big Five.

TalkSPORT host Adrian Durham has been suitably impressed, and believes Mitrovic would “get into any side in the world with the exception of two teams”.

Matt Holland was a guest on the show as Durham made his claim, and his response of “wow” kind of sums it up really.

Here is the full transcript of the conversation, as transcribed by someone else on another website and used verbatim by everyone else, including us.

AD: “Mitrovic is an absolute top striker – I promise you. If you don’t believe me, go and watch him; his movement. He’s a pest, he’s annoying, he’s a finisher – he has got the lot. I think he’d get into any side in the world with the exception of two teams – Barcelona and Rafa’s Newcastle. They’re only two sides he wouldn’t get into – I promise you. He’s that good.”

AD: “Except Barcelona and Rafa’s Newcastle.”

AD: “Well which bit don’t you agree with? Do you not think he’s got the whole package? He’s only 24 as well.”

MH: “I think he’s a very good player, but I don’t think he walks into every team in the world bar Barcelona.”

AD: “And Rafa’s Newcastle because Rafa doesn’t want him.”

AD: “You’ve have to explain that. While I’m not saying he’s better than every other striker, he wouldn’t look out of place in those teams.”

MH: “Is he better than Harry Kane?”

AD: “If they signed Mitrovic, he would absolutely get games when Kane is rested!”

MH: “Is he better than Salah or Firmino?”

AD: “I’m not saying he is better, I’m saying he gets into those sides. They play more than one striker – Liverpool. Mitrovic is the real deal, I promise you. He’s a top four striker in this country at the very least. Real Madrid were beaten 3-0 at the weekend, he’d walk into their side right now.”