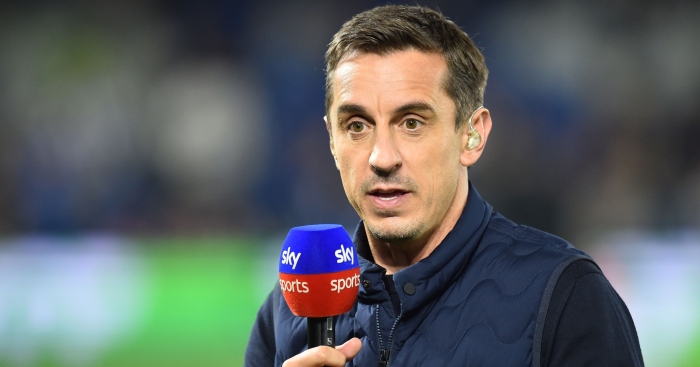 What the f**k is really going on?

It’s understandable to think live Premier League football is really popular on TV. After all, the rights to broadcast it are sold for billions. That surely wouldn’t happen if it wasn’t hugely popular, would it?

But the truth is that only a tiny percentage of the population of Britain watch the Premier League live on TV. Matches attract audiences somewhere between a low of 250,000 and a high of 1.5 million – this in a country of 66 million people. So we can see, purely numerically, that in UK at least, it just isn’t very popular. Many won’t pay to watch it – and never have – while others do pay a subscription but still don’t turn it on very much. The figures for the post-game drop-off when the punditry kicks in are even more devastatingly low.

Many Sky games only get around an average of a million people watching them in the UK. A year ago they said they had 22.9 million sports subscribers worldwide (that didn’t seem many to me on the whole planet) while 8.6 million have a general Sky subscription in the UK. Others buy one-off games (approx 20m games were watched this way across the season). BT Sport games often get an average of around 350-400,000 viewers of the 1.8 million subscribers they reported a year ago. So we can begin to get a better impression of how popular the Premier League TV product really is. Or really isn’t.

The irony is that both channels produce wonderful programmes of high-quality broadcasting, so the massive rejection of them by the vast bulk of the population suggests something else is at play here: a widespread rejection of the very concept of the 1992 Sky/Premier League financial model that revolutionised the sport.

Something which relatively few people buy is usually described as ‘unpopular’ or ‘niche’. But the paradox of this situation is that we know football isn’t a niche activity and is actually very popular and mainstream when not on pay-per-view telly.

We know that we turn out in huge numbers and pay big money to watch games. Take Newcastle for example. Around 270,000 live in the city and 53,000 go to St James’ Park for a home game. That’s about 20% of the city. When in the Premier League, Middlesbrough could get 30,000 for a big home game; that’d be around 20% of the population of Teesside.

Okay, people travel from outside the region too, but it works as a very rough ruler to measure the popularity of top-flight live football. Yet, TV is way, way behind these sort of ratios. Sky’s Premier League viewing figures represent about 2% of the population of the whole country, BT Sport’s under 1%. Only a smallish minority of their own subscribers even watch a Premier League game. In other words, the number of people who watch football this way are but a sliver of people who enjoy football.

However, the current broadcasting arrangements have made the Premier League very successful in one major way – it has done a fantastic job of drumming up money for the clubs and thus for players, managers and agents. The broadcasting rights income has become so astronomical that Premier League clubs have more money than almost any other clubs on earth. But this has not proven a good thing for us or for them; indeed it may be at the core of the unnattractiveness of their product on TV.

All this new money has done is create a greedy inflation spiral which has sent wages and transfer fees through the roof, along with the real cost of tickets to fans. So nobody has really gained, apart from players, managers and agents. Me and you certainly haven’t and many clubs still struggle to turn a profit, despite record revenue, because wage bills are so high.

The 1992 Sky model has particularly failed us, the very people who make football into a saleable product. We’ve been treated as cattle to be herded around the country in order to make this smallish TV audience enjoy the game more. People know this and don’t like it.

Have we got a more upmarket product worth the higher ticket costs (anywhere from 200-800% higher than 30 years ago in real terms) and the subscription fees? No. Absolutely not. While Sky loves to give us Super Sundays and other marketing slogans, football remains resolutely still football, regardless. Same as it ever was, which is to say it is sometimes thrilling, sometimes tedious, mostly somewhere between the two extremes. Nothing much has changed in that regard. We certainly haven’t exchanged a jumble sale of rags for Armani suits.

To add insult to injury, many fans have been priced out of the game, unable to afford or justify the cost. Yes, they’ve been replaced by people who can, so the PL doesn’t care, but the disenchantment this has inculcated into the ostracised public should not be ignored. There is deep resentment and a feeling that what was once theirs has been stolen by people who only care about money. Add moral disgust at footballers earning more in a single week than someone on an average wage will earn in 15 years and the alienation from this appalling financial model becomes even more profound.

Enslaving the league to the TV broadcasters has abused fans in other ways. Fixtures are arranged for the convenience of this very modestly sized TV audience without any regard to how inconvenient or impossible it makes our lives in terms of kick-off scheduling. Despite huge broadcasting revenues and higher (in real terms) ticket prices, everything is still up for sale to sponsors. Fans are relied upon to make the game have atmosphere but are disregarded at every turn all the same. That’s what this pay-TV-focused model has given us. That’s another big reason why so many reject it and those who have foisted it upon us.

Getting broadcasters to pay more and more for something that is actually not very popular is amazing to the point of astonishing and testament to the drip-feed power of propaganda, but surely it is now unsustainable as a model. These are the dog days.

It’s been stretched as far as it can be stretched when a broadcaster is paying £10million (down to nine in the next deal) to show a single game to, say, 300,000 people. Advertising revenue doesn’t get near balancing it out if their revenues are anywhere near the two million ITV earned in ad breaks during England games at the World Cup, which attracted an audience ten times bigger than Sky can usually expect and 20 times more than BT.

Even if the losses are amortized across the corporation as part of a wider strategy, you have to wonder for how much longer? The Emperor obviously has no clothes, new or otherwise, and appears to be having to borrow underpants from the rest of the family to hide its own modesty.

Important people from inside the sports broadcasting industry have privately suggested to me that it is all but broken, that these days of milk and honey will be over at some point quite soon and a huge shake-up is on the way.

If this is true, I’m sure many of us would rejoice in its demise. But would wish for something with better values at its core to replace it, feeling as we do that the big money – on pretty much every level – has corrupted the game both materially and spiritually and is one of the main reasons we have rejected this model in the first place.

We have to consider the possibility of football being delivered via Facebook or Amazon or Netflix instead. Many think each club will sell the rights to their games individually for whatever they can get. This could earn them huge money in India and China and other massive markets which dwarf the UK in size. But is that really what we want? Even more money for top clubs? No. What is the point? It has made football less attractive, not more. And fragmenting delivery of football across multiple platforms seems likely to just fragment the audience further, perhaps because we just can’t be bothered to keep up with which one is showing what games, let alone what subscription we do or don’t need to pay for each one, season after season.

But there is a readymade and far better alternative. Throughout all of this, football live on free-to-air terrestrial TV (and radio too) very much has been popular. And it is there where we need to look to pick up the pieces of the now broken model and put it back together to make a better, more fair, more wholesome game.

In contrast to Sky and BT Sport, whenever a live game is on BBC or ITV, the numbers are substantial. Of course, because no PL game has been broadcast on terrestrial TV in 27 years, we can’t really be sure how big the audiences would be, but Match of the Day’s highlights typically get four or five million viewers plus more from the iPlayer etc. Big FA Cup games get up to eight million. England’s game against Sweden in the World Cup quarter final got nearly 20 million viewers. When the Champions League was on ITV, it would attract as many as the 13.9 million who watched the 2005 final featuring Liverpool. Today the Champions League exclusively on BT Sport isn’t likely to get more than about 750,000 at the very most. We already know UEFA are concerned that a whole generation of fans are turning away from the CL simply because they cannot access it. In this context, absence doesn’t make the heart grow fonder, it makes the heart grow cold.

So it is self-evident that the big audiences for live top-flight football absolutely do exist, but only on BBC or ITV. But of course, neither broadcaster can stump up the stupendous amounts of cash that has been paid by digital broadcasters in recent years to obtain the rights, so does that scupper the chances of it ever happening?

That’s something I’ll discuss next week.