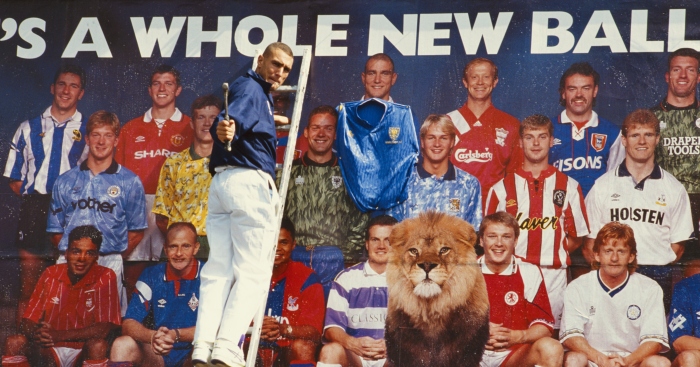 In last week’s piece about the future of football broadcasting on TV, I concluded that the coming years are almost certainly the dog days of the Sky/Premier League financial model that has been in place for 27 years. But what will replace it? Millions of us still love football as a sport and would still like to see it on TV, even if only occasionally, and accept that this – in one way or another – has to be paid for.

But before we can hazard a guess as to what the future holds, there are serious, endemic problems to be addressed and which may put future rights purchasers off altogether, or markedly reduce how much they’re prepared to pay.

1) The very act of sitting and watching a football match on TV or indeed any other device for 90 long minutes is becoming culturally outmoded, as the public’s attention span for anything other than computer games becomes so fractured that the very idea of sitting through a match without being distracted, is all but impossible. Just last week the chief medical officer for England advised us to stop kids using phones at various times of the day amid fears that they are destroying mental health. It is no different for adults. Broadly this can be summed up as the triumph of active over passive media. Asking for money in return for delivering passive media will be less and less attractive to more and more people.

2) Illegal streaming is rife and a whole generation of people have grown up not paying for anything they consume online and are not about to start now. They are lost to any paying model and its associated advertisers.

3) The very concept of the primacy of catering to a TV audience regardless of how it impacts fans who go to games, alienates many of football’s most loyal followers. They object to games being played at a time to suit a broadcaster, a broadcaster that then relies on those same fans to create an atmosphere that will make the product they have bought appear attractive. Who wants to pay for a model that delivers something which is destroying the relationship between supporters and their club? TV is a guest at a football match, the football match isn’t a guest on our TV. This has been not just forgotten but wiped away as though it’s a thought crime.

4) Viewing figures and broadcaster income has always been supplemented by pub goers who, in lieu of having Sky etc at home, would go to their local to watch a game. However, the price for many pubs to show games is so high and the cost of drinking in pubs prohibitively expensive, that pubs are finding it not cost effective any more, or at least not for anything other than the biggest, most significant games. Crowds are not rushing to the boozer to spend £25 on five pints whilst watching Huddersfield play Fulham. This is another once-healthy income stream that threatens to dry up.

5) We just don’t want so much football on TV. Familiarity is breeding contempt. It’s another reason why only a minority of football fans buy football on TV. We have reached an overload point. So no matter how you slice and dice it anew, we don’t want more product and we won’t pay for more. This will surely radically devalue any sales of broadcasting rights.

6) Football is occasionally a thrilling sport simply because most of the time it isn’t. It is a low-scoring game in which significant incident is at a premium. With video games being such an immersive, adrenalin-provoking experience capable of hooking people in for many hours at a time, it seems likely those who are prepared to pay to watch something which is often not even exciting for more than a few moments, will diminish in number significantly as the demographics shift. At the very least, it can be said that football does not have a pay TV audience which is growing. Time was, Sky et al hoped to get more and more inculcated into their coverage. Those days are over. Now it is all about how to manage the decline.

7) The major advertisers around football are gambling companies. It has been argued that football on TV provides a community of 18-34 males for that industry to sell to. The revenue to the broadcasters from betting firms must currently comprise the majority of their advertising income. But given the growing controversy about the compulsive in-play ‘it matters more when there’s money on it’ culture and the exploitative nature of the ‘ave a bang on that’ or ‘loyalty is dead, live for rewards’ industry, in a country which has a burgeoning number of problem gamblers and ever more vocal concern for them, do those advertisers even have a future? They could very soon be legislated out of existence in the same way as ads for drink and cigarettes. Indeed, it is extremely likely. And where would that leave the broadcasters? With rights to show a sport which is suddenly much less lucrative, that’s where.

8) The primacy of clubs acquiring revenue at the expense of competition for so many top flight clubs (and others) has been very alienating for us all. Binning the FA Cup because it only gets you £3.5 million if you win it, while Premier League survival bags you £100 million, might make financial sense to accountants but it is a knife in the heart of a football fan. Who wants to pay for a model that created this? It has in turn made an existential crisis for the clubs that sit between 7th and 17th in the Premier League. What are they for? Can’t win the league, won’t try to win a cup for fear of losing top flight status, they have been left hanging on in a deathless void, seemingly only existing in order to keep on existing, in order to over pay increasingly mediocre talent, in order to keep the money rolling in, in order to hang on in a deathless void, only existing in order to overpay mediocre talent in order to keep the money rolling in. It is a circle of pointlessness which only relegation can cleanse. And all because of TV money.

9) Clubs are straining at the leash to negotiate their own broadcast deals rather than have the Premier League act as a collective bargainer, some feeling that they can make even more money selling a TV season ticket to all their games direct to fans. Do fans want to pay to see just their own club’s games? And if they do, will that harm match ticket sales? One thing is for sure, such a fragmentation of the market would be the death knell for broadcasters who are looking to buy rights to sell a huge package of live games to an audience as part of an ongoing soap opera. There is no overarching Premier League narrative to sell when everyone is sitting in splendid isolation watching their own private peep show.

10) And finally, perhaps this is the single most important point to make, the huge TV deals that have directly led to the grotesque wealth of a football elite – agents, managers and players in particular – are increasingly viewed as morally offensive, surreal, ridiculous and unjustified. Huge transfer fees that bear no relation to any identifiable reality, wearily sicken us. We try to, but we can’t ignore it all the time. It’s not wrong to feel the wages which reward a footballer more money in 24 hours than many of us will earn in two long years is just wrong. It has soured our mood for the game. Scratch the surface and you’ll soon find the complaint which begins “he earns all that money and…” Money has become the lens through which we watch top-flight football. Every discussion of a club or player’s form revolves almost wholly around money spent or not spent, around fees paid for players, around wage structures. This is no longer saleable to the public as somehow ‘market forces’ at work (it isn’t), as though it is wholesome, morally upright and somehow inevitable. At a time of financial austerity, in an era where the big dirty secret is that almost all of us have got almost no money, can any broadcasting deal or any broadcaster really detoxify itself from the greed culture that it has either been implicit in creating, or will be implicit in perpetuating?

If we consider the very nature of these issues, we can see just how insurmountable they potentially are. As much pleasure as we take from some of the brilliant football and footballers on display each week – and we rightly take whatever pleasure we can, wherever we can find it – the feeling that the Premier League culturally, financially and morally, is all on some level just plain wrong will not go away. The greed and everything that goes with it is a stain on the fabric of the national game that we can’t wash off, no matter how hard we scrub at it or try to apply some sort of cultural or sporting bleach. The oft heard refrain of ‘it’s all about money these days’ is never said with any joy.

I firmly believe that to all intents and purposes the Premier League stole top-flight football from the common embrace and sold it to Sky, but it was never theirs to sell and it was all done without any consultation with the most important people: us. They colluded with clubs and invented a league we didn’t want and didn’t need. It was as though someone changed the locks on the house we owned and then told us if we wanted to keep living there, we’d have to pay them for the keys. It was always all about money and we the people were always irrelevant to their ambitions beyond our role as cash cows. They embarked on a never-ending propaganda campaign to convince a whole generation that this was all absolutely normal and for our own benefit, that everything before 1992 was so awful and inferior that it was better to pretend it didn’t even happen. And so The Premier League Era was born. This was a coup of extraordinary chutzpah, but a coup nonetheless.

However, we can right that 1992 wrong. Not by going back to the past, but by going forward to a fresh, new liberated, more fair and financially sane future.

If you’d like to see football free at the point of consumption and available to the whole country, if you’d like to see an end to the obscene wages, transfers and agent fees and all the issues that come with them, if you’d like to pay less for a ticket and become an important part of football, not just a milk cow used purely to aggrandise a product that others are exploiting for their own gain, then all of this is possible and within our grasp. Never let anyone tell us that how things are is how they have to be, or that we do not have the power to effect change. We absolutely do. We, the people are the real stars of the football show, not the clubs, managers or players. They strut on our stage, not we on theirs.

So next week, we’ll consider what a better, more fair and sane top-flight football future and its media coverage might look like and how to go about making it a reality.