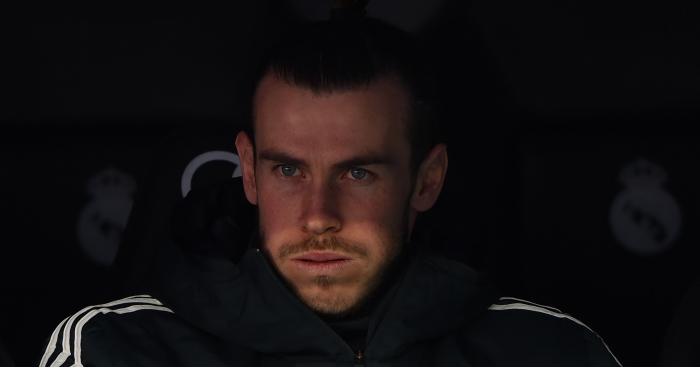 Although it was by no means dull, this weekend’s instalment of La Liga action did not throw up many surprises. In fact, it was a weekend in which La Liga reprised its greatest hits, with several of this season’s recurring motifs cropping up once again.

There was more VAR controversy, yet another draw for Valencia (now 15 and counting for Spain’s anti-Spurs), an astonishing 50th career hat-trick for Lionel Messi and the latest chapter in the continuing saga that is Gareth Bale’s Real Madrid career.

The Welsh forward came on for the final 15 minutes of Real Madrid’s visit to Levante on Sunday with the scores level at 1-1. When VAR controversially upheld referee Ignacio Iglesias Villanueva’s decision to award a penalty against Levante’s Cheick Doukouré for a foul on Casemiro – despite replays showing the Brazilian had dived in spectacular fashion – Bale stepped up to take it. He dispatched the ball past Aitor Fernández, but in spite of scoring a crucial goal he seemed almost as angry as the incredulous Levante players.

Lucas Vázquez’s attempts to celebrate the goal with his team-mate were rebuffed, with Bale shaking off the Spaniard’s congratulatory hug in a pointedly aggressive manner. Bale instead chose to simply amble back to his mark while staring at the ground.

He’s clearly unhappy at his lack of opportunities in the starting line-up, and his non-celebration was a means of displaying his dissatisfaction to manager Santi Solari. He had already signalled his annoyance with Solari before he came on, refusing to continue his warm-up after fellow substitute Fede Valverde was selected to come on ahead of him.

( Translated ) Bale’s body language against Levante tells a whole story: What is happening with him?
pic.twitter.com/gA95OtLpLu

It’s not the first time in recent weeks that he has reacting angrily after scoring. The threat of a ban is currently hanging over him after he marked his goal against Atlético Madrid with an offensive ‘corte de mangas’ gesture earlier this month.

Bale’s playing time has been restricted in recent weeks, and he has only made the starting line-up in two of Madrid’s last league six games. He hasn’t played a full 90 minutes in the league since the 3-0 defeat to Eibar back in November.

His mood most likely hasn’t been helped by recent comments by some of his team-mates in the media, mocking him for his linguistic deficiencies and failure to adapt to Spanish culture.

Marcelo suggested that he can’t communicate with Bale as he only speaks English, while Thibaut Courtois said that Bale wouldn’t come for dinner with the team as they eat late in the evening, as is customary in Spain.

Although the comments were made with tongue in cheek, there must be a kernel of truth in them. It is well documented that Bale struggles to speak Spanish, even after nearly six years in Spain. But true or not, it is unhelpful for his team-mates to make such comments, as it only plays into the hands of Bale’s many critics.

Take for example Courtois telling the press that Bale’s nickname is ‘The Golfer’, in reference to his obsession with the sport. It seems harmless, but it has led to the press criticising him for focusing more on golf than football, with some less reputable sections of the Spanish media suggesting that Bale’s ill-humour on Sunday was because he was missing the golf on television.

His frustration is understandable. He feels attacked by the press, unloved by the fans, untrusted by his manager and now unsupported by his team-mates.

That’s not to say that this situation isn’t partly of his own doing. He could surely have made much more of an effort to integrate with his team-mates and adapt to the Spanish way of life. He may not want to speak too much in public, preferring to keep a relatively low profile, but it’s easy to see how this could lead people to perceive him as aloof and disinterested.

He hasn’t helped himself with his petulant acts in recent weeks, which will only provide more ammunition for his critics and make him even more unpopular.

But it seems as though his on-field exploits are often overlooked, and the noise around Bale from fans and media is usually far more negative than positive. Given his key role in a period of huge European success for Real Madrid – helping his side win four Champions League titles in five seasons and scoring crucial goals in two of the finals – the way he is treated seems more than a little churlish.

He has generally spoken of his happiness at the club in recent years, but after last season’s Champions League final he suggested that he may look elsewhere if he doesn’t play week in, week out. Although Solari has backed him publicly, and suggested that he will play in this week’s clásico double-header with Barcelona, it feels like his long-term future probably lies away from the Bernabéu.

But where can he go now? Will anyone be willing to spend big money on a supremely talented yet injury-prone player approaching his 30th birthday? Even if they are, would they be able to match his astronomical wages? He still has another three years on his contract in the Spanish capital, and he may eventually prefer to stay and try to force his way back into the team.

The next few months will make or break his future in the capital. Whatever his plans, and however unjustly he feels he is being treated, surely the best thing he can do now is work hard, remain positive and take his opportunities to prove himself when he can. It is the only way to win the respect of the fans and the media, and the only way to prove to Solari that he should be in the team.

While his frustration may be understandable, the attitude he has displayed in recent weeks will only undermine his cause.