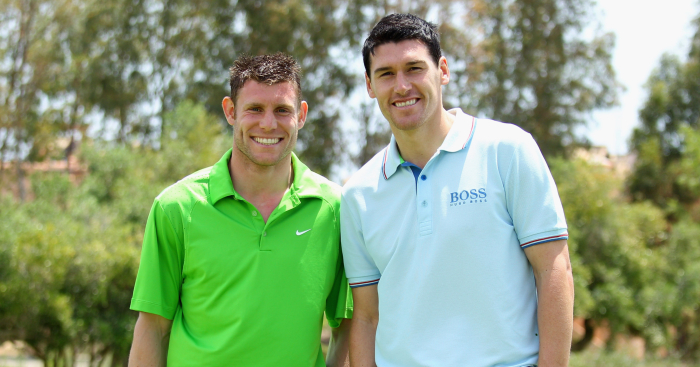 9= Ashley Young (46)
At the peak of his powers, Ashley Young was always more of a creator than a goalscorer. The 33-year-old now provides precious little of either as a converted full-back, but was once a devastatingly fast winger with a versatility and skillset that made him a nightmare to defend against. He has assisted more goals than he has scored in each of his 12 full Premier League seasons with Watford, Aston Villa and Manchester United, with a debut campaign at Villa in 2007/08 bearing particularly juicy fruit. That was the highest-scoring season of his career (9), but he also laid on 16 goals for John Carew and friends.

A £17m move to United in 2011 saw Young transform from potent goal threat to functional workhorse. He scored six goals and assisted 11 in his first league campaign at Old Trafford, but has not scored more than two goals nor assisted more than five in the subsequent six seasons. Time for another positional change.

9= Paul Merson (46)
The magic had not quite worn off by the time the Premier League was established, but Paul Merson was certainly on a downward slope. He had broken into the Arsenal team as a precocious and mercurially talented 18-year-old in 1986, was voted PFA Young Player of the Year in 1988/89, and netted 13 league goals as Arsenal were crowned First Division champions in 1990/91. Merson was just 24 when the Premier League was formed, but his personal demons had already begun to take hold.

Arsenal’s own considerable powers had waned too. They finished tenth in their first season in the nascent competition, and not even Merson’s force of personality would ever have been enough to turn that tide. His best years were already sadly behind him; the balance between flawed and genius was no longer being struck as consistently.

“Joe Cole scored a goal which was very important. He played really well in terms of attacking dynamism. When he scored the goal the game finished for him. After that I needed 11 players for my defensive organisation and I had just 10. Joe can be a regular but he has to improve when the team needs him to be part of a defensive organisation.”

How Jose Mourinho must yearn for the days when such public criticism was met with a desire to improve rather than to complain. Joe Cole had netted the only goal in a 1-0 win over close rivals Liverpool in October 2004, yet was singled out for post-match censure by his manager.

Cole and Mourinho were never kindred spirits, providing irrefutable evidence against the popular adage that opposites attract. Yet that was the finest season of Cole’s career, with eight goals and a Premier League and League Cup double. Now 36, he is yet to even hit double figures in a league season in America’s second tier with the Tampa Bay Rowdies.

7= Nolberto Solano (49)
For those who doubt the innate brilliance of Nolberto Solano, the rest of the world population pities you. But the non-believers would do well to consider that Alan Shearer himself personally engineered his Newcastle return 18 months after the Peruvian was sold to Aston Villa. “My great friend Alan was involved in the transfer,” Solano claimed in August 2005. “He influenced matters and this would not have been possible without him. Alan put in the work for me to be able to come back.”

You could understand why. Solano was just 29 when he was sold to Villa for a criminally low fee of £1.5m – less than Newcastle had paid for him six years prior. His relationship with former manager Sir Bobby Robson was later blamed, but it is regrettable that the two could not put aside their differences at the time. Solano was a trailblazer and an almost timeless talent. How weird is it that he scored a free-kick winner against Bournemouth seven years ago next month?

6) Danny Murphy (51)
Manchester United might never have had a more nondescript nemesis. Danny Murphy played the Red Devils 24 times – more than he faced any other opponent throughout his career. United ended up on the winning side more often than not, but Murphy scored in five of his seven Premier League victories over them. He scored the only goal in 1-0 wins for Liverpool at Old Trafford in 2000, 2002 and 2004, and struck in two comfortable home successes for Fulham in 2009.

The 41-year-old’s Premier League record has stood the test of time. He scored 25 goals in 187 games for Liverpool, seven in 56 for Charlton, two in 22 for Tottenham and 17 in 163 for Fulham. But the 2002/03 season was his zenith, and he was one of few to emerge with credit from a generally disappointing campaign. Murphy was voted the club’s Player of the Season, wedged neatly in between Sami Hyypiä and Steven Gerrard, after a career-high seven league goals.

5) Trevor Sinclair (52)
Of course, Murphy achieved his best club season on the back of bitter international disappointment. He had been named as Gerrard’s replacement in England’s 2002 World Cup squad after his Liverpool teammate suffered a pre-tournament injury. But the same fate would soon befall Murphy, and his metatarsal could not handle the immense pressure. Trevor Sinclair was afforded the opportunity to renew his Frequent Flyer membership.

Save for perhaps the most notable exception of all time, Sinclair had always been an unspectacular Premier League player who could be trusted to carry out any plan asked of him. After three years in the top flight ended with relegation at QPR in 1996, his return was uncharacteristically noteworthy. He joined West Ham in January 1998, scored twice on his debut and netted seven goals in 14 games. From there, normal understated business was resumed until his retirement in 2008.

3= Gareth Barry (53)
In 21 seasons of Premier League football, Gareth Barry has only failed to score at least one goal five times. The first came in his debut campaign in 1997/98, in which he played just twice for Aston Villa. The remaining blots on his report card were in 2000/01, 2001/02, 2014/15 and 2015/16. He even managed to find time in between taxi escapades at West Brom to score before their relegation.

The finest season of his career was in 2007/08, with a run of excellent sustained form for Villa persuading Rafael Benitez that he was better than Xabi Alonso. Barry had struck nine times in 37 Premier League games and had helped guide Martin O’Neill’s men to sixth-place, but that is still no excuse for such mindlessness.

3= Nicky Barmby (53)
A Premier League veteran of 15 interrupted seasons, starting in 1992/93 and ending in 2009/10, Nicky Barmby never left a top-flight club without first adding something of note to his C.V. He was one of the oft-forgotten members of Tottenham’s Famous Five, was Middlesbrough’s club-record signing, is one of 13 Premier League hat-trick scorers for Everton, was the first Toffee sold directly to Liverpool for 41 years, and scored in spells with both Leeds and hometown club Hull City to establish himself as one of only nine players to have scored Premier League goals for six different teams.

2) Damien Duff (54)
He may have replaced Jimmy Floyd Hasselbaink as Chelsea’s record signing in 2003, but Damien Duff certainly did not acquire the Dutchman’s shooting boots in the deal. His final season at Blackburn, in which he scored nine times to guide them to sixth-place and a League Cup final, was the most productive of his career.

Duff would go on to win the Premier League title twice at Chelsea. In the first instance, he was outscored by five players; in the second, he netted fewer times than both William Gallas and John Terry. Not even spells under Sam Allardyce, Roy Hodgson and Mark Hughes could coax him out of his goalscoring shell at Newcastle and Fulham. But boy, was he good.

1) Lee Bowyer (57)
In an alternate reality, Lee Bowyer might have achieved more than his solitary – but memorable – League Cup victory with Birmingham in 2011. Blackburn manager Graeme Souness accused the media of “putting two and two together” in summer 2002 when Liverpool were linked with Duff after abandoning negotiations to sign Bowyer from Leeds. A £9m fee had been agreed, but Liverpool pulled out of negotiations after Gerard Houllier questioned both the midfielder’s “hunger” and “desire” in public.

It seemed a strange criticism to direct at a player whose heart was an almost permanent fixture on his sleeve at Elland Road – often to his detriment. Bowyer scored nine Premier League goals in a season twice at Leeds, and was voted their Player of the Year on both occasions. He even bagged against Barcelona once.