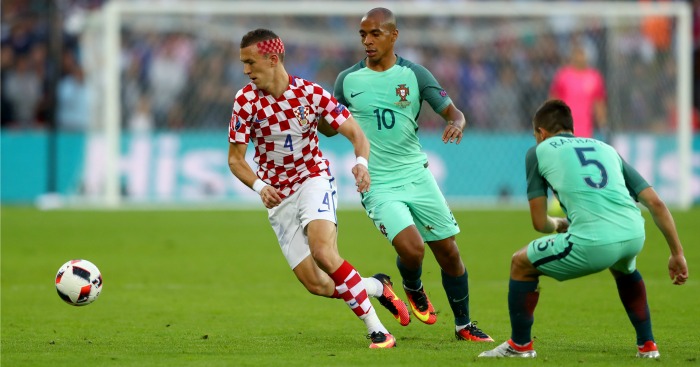 This is not, by any stretch, the team of the tournament. There’s no Antoine Griezmann, no Gareth Bale (I watched Revista de La Liga at least twice last season, for a start) and there’s a place in this team for a Russian.

Your intrepid Ignorant Scout went into Euro 2016 (not literally, he stayed in London) with an open mind, expecting to uncover not only the relative diamonds who were already well-known to Football Manager 16 devotees but also the never-quite-have-beens and the could-still-bes who form a vital part of a tournament tapestry.

It’s a makeshift XI, befitting a Euro 2016 tournament that could never quite pin down a central protagonist. The Ignorant Scout returns to domestic duties having broadened his continental mind, in which these 11 players made a month-long impression.

Despite the presence of more seasoned, more illustrious and arguably more reliable goalkeepers at Euro 2016, Iceland’s last line of heroic defence made an enduring impression. Halldorsson made more saves than anybody else at the tournament, all of which seemed to be spilled daisy-cutters that he had to then smother before the opposition striker could pounce.

Some thought he was outstanding, some thought he was atrocious, plenty agreed that you should never trust a goalkeeper in short sleeves. Still, since Haldorsson has mixed professional goalkeeping with directing Iceland’s 2012 Eurovision Song Contest video, there is a strong sense that he can do whatever he bloody well wants.

Of all the old-heads-on-young-shoulders at Euro 2016, one emerged as the most startlingly mature of all. Having spent a debut domestic season under Pep Guardiola at Bayern Munich, in which he was publicly fast-tracked into the demands of ultra-modern football, Kimmich arrived at Euro 2016 as Germany’s second-choice right-back, ready to soak up some tournament experience for the future.

He soon dislodged the ponderous Benedikt Howedes, before assuming an advanced right-sided role in the quarter-final against Italy and then reverting to full-back against the hosts in the semi-final. This is no mere utility player, though, confirmed when he cut inside onto his supposedly weaker left foot and curled a shot on to the top of Hugo Lloris’ crossbar as Germany starting looking for their kitchen sink to throw at the French defence. For the ‘New Philipp Lahm’, the last month has been a convincing audition.

First, a note of caution. The last time Barcelona shelled out £25m on an unproven 22-year-old centre-back from a second-tier European club, he lasted just 14 games and barely 10 months. Beyond the numbers, there may not be too many more parallels between Dmytryo Chygrinskiy in 2009 and Samuel Umtiti in 2016.

By the time his move to the Nou Camp was rubberstamped at the end of June, Umtiti had found himself elevated by fortune to Euro 2016 contention with France. Raphael Varane and Jeremy Mathieu had succumbed to injury before the tournament, Mamadou Sakho was not considered while under provisional suspension by UEFA and then Adil Rami’s yellow card collection saw him ruled out for the quarter-final against Iceland. And then there was Eliaquim Mangala.

Umtiti’s first taste of international football looked set to be an aerial bombardment from the bouyant outsiders, but he stood firmly enough to keep his place alongside Laurent Koscielny for the unbearably tense semi-final with Germany and then the scrappiest of finals against Portugal. Naturally, for any Barcelona signing, he’s comfortable on the ball – his pass completion rate of over 95% was without peer at Euro 2016 – but, then again, that’s exactly what they saw in Chygrinskiy seven years ago.

Eight years after being tipped for a move to a top-tier European league – only to continue plying his towering trade in Sweden, Denmark and Russia – it may not be too late for Ragnar Sigurdsson to attempt another bite at a lucrative cherry.

Ostensibly, he is Premier League material: Scandinavian centre-halves are not traditionally a huge gamble for English clubs, and the 30-year-old lifelong Liverpool supporter has made no secret of his desire for a move from the Russian league. A reputed price tag of £4m (don’t FC Krasnodar understand how major-tournament shop-window inflation works?) is unlikely to put much of a dent in English top-flight budgets. His central-defensive partner Kari Arnason – once of Plymouth and Rotherham – may find himself rather upstaged.

A fine advert for a club doing its business early. Portugal were still checking their collective ego for bruises after their opening draw with Iceland when their left-back Raphael Guerreiro sealed a four-year contract with Dortmund. Three weeks later, against his mother’s native France, he lifted the European Championship trophy for a country whose language he can barely speak.

The 22-year-old ticks the major boxes for a modern full-back, for whom offensive endeavour is as important as defensive determination. Portugal certainly relied on the latter as they snuck their way to the final, where Guerreiro’s summer story reached the tidiest of conclusions. He even made the actual team of the tournament.

The Portuguese James Milner, no-one has branded him, after amassing nearly 80 caps at youth level for his country before finally breaking into the senior set-up. The abiding memory of Joao Mario’s role in this unspectacular team’s road to glory will be his astute breaking-up of opposition attacks, leading stellar opponents down French cul-de-sacs, and emerging with the ball to drive upfield himself.

Such was the maturity and lack of fuss in the midfielder’s approach, that the Ignorant Scout expected to fire up his Wikipedia page to discover a 29-year-old journeyman. Instead, at just 23, with the world at his feet and with a €60m release clause, Joao Mario is ready for the big time. And by ‘big time’, I mean ‘daily online transfer-rumour round-ups’.

As Portugal celebrated their first-ever trophy, an understated press release was on its way out to declare Renato Sanches – the youngest-ever Euros finalist – as the young player of the tournament.

Despite his sharp upwards trajectory of the last year, Sanches’ display at the Stade de France was far from his best. That he was on the teamsheet, though, is testament to his contribution to Portugal’s snaking run to clinch the trophy. Mature in footballing mind as well as body – recent allegations over his birth certificate are being emphatically debunked – the 18-year-old heads to Bayern Munich with a running start on perfecting the art of all-round midfield play.

At this rate, his legacy is likely to be laid bare sometime around 2026, with our collective incredulity that he’ll still only be 28 years old.

For better or worse, football has become dominated by runners. Lung-bursters, blades-of-grass-coverers, up-and-downers – they’re all precious commodities for managers who want to squeeze every inch out of their tactics.

The Croatian counter-attacks of the group stage (how long ago does that feel?) eventually ran aground against Portugal in the last 16, but Ivan Perisic will skip into next season with his stock having risen among even the most fairweather European football fans.

Belting finishes with his left and artful crosses with his right were further evidence of a multi-purpose wide man, taking his place in an irresistibly watchable Croatian midfield alongside Ivan Rakitic and Luka Modric.

Spain are already distant Euro 2016 memories, but one of their few bright sparks now embarks on a belated shot at the big time. The 29-year-old Nolito – once of Barcelona, then of restorative fame at Celta Vigo and now an astute no-brainer of a signing for Manchester City – may have to hit the ground running in the Premier League, but he is likely to fit in well with Pep Guardiola’s squad.

Halfway between the scheming, elusive David Villa and the explosive, decisive Sergio Aguero, the £14m man may need to become accustomed to the bench this season, but title-race custom dictates that super-subs will eventually have their moment. Whenever City are struggling to unlock a stubborn defensive door, Nolito may just have the right key.

Among the internet’s long-forgotten Euro 2016 preview content were several alarming profiles of Russia’s towering inferno of a centre-forward, for whom Chris Smalling had prepared meticulously before England’s opening match in Marseille.

The 6ft 5in Dzyuba described himself as “a lion” before the tournament, but a few clumsier members of the animal kingdom came to mind as he lumbered about up front, trying to ruffle feathers but ultimately just conceding free-kicks – the Ignorant Scout immediately took note. A depleted Russia – and their permanently exasperated coach Leonid Slutsky – persisted with their big man against Slovakia, and the early signs weren’t good as he careered into a defender to give away another foul.

It’s easy to dismiss him as a quaint throwback to more agricultural times, but Dzyuba’s obsolescence is even more acute now the Premier League’s latest TV windfall has kicked in. With his flailing elbows, an undimming desire to be hit with the long ball, and the occasional, hilarious slaloming dribble into opposition territory – where he resembles a giant puppet being controlled from the sky – Dzyuba would have been guaranteed a £10m move to the soft middle of the English top flight any time in the last decade. Now? Crystal Palace are mulling over £32m bids for proven European goalscorers. It’s a whole new ball game, Artem, and you’ve missed the boat.

For all the talk of Hal Robson-Kanu’s array of post-Euro 2016 options, does it really matter where he goes from here?

How could a late strike for Bournemouth to see off MK Dons in the Capital One Cup hope to compare with his winner against Slovakia in Bordeaux? Would a 16-goal season for Celtic to secure a league and cup double in 2016/17 really stick in the memory longer than the moment he Cruyffed open a hole in the time-space continuum against Belgium in Lille?

The best thing for the unattached Hal Robson-Kanu to do would be to retire immediately, appearing only as an occasional pundit on Sky Sports or S4c, complete with a caption at the bottom of the screen reading ‘Hal Robson Kanu, former unattached striker, scored twice for Wales at Euro 2016’.

It doesn’t get better than this. Please don’t sign Hal Robson-Kanu and ruin everything.