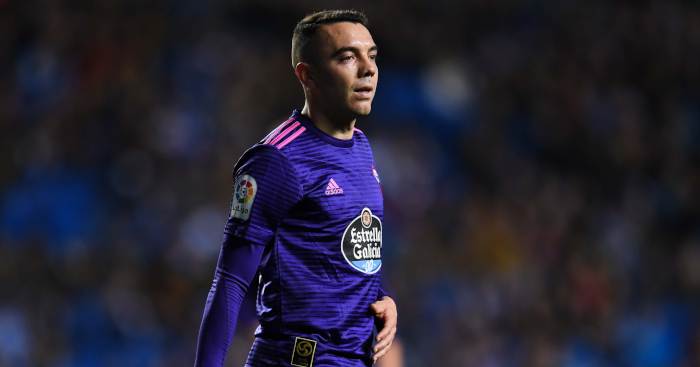 As the season draws to its conclusion, over a third of the teams in La Liga are still in danger of slipping into the Segunda División in one of the closest bottom-of-the-table scraps in years.

The Catalan side looked to be heading for another comfortable mid-table finish in their second season in the top flight, but a run of five defeats in six games – including Sunday’s 1-0 home defeat to fellow strugglers Villarreal – has put them right in the relegation mix.

Despite their poor form, they are still the best placed of the bunch to survive, and a couple of wins in their remaining games (three of which are against fellow relegation candidates) should see them safe.

After a recent run of bad form and worse luck – in which they threw away a two-goal lead to lose 3-2 to Celta, conceded two very late goals to draw 4-4 with Barcelona, and failed to win a late point at Betis with a last-minute penalty miss – Villarreal finally picked up an elusive victory at Girona on Sunday, and what a crucial three points it could turn out to be.

Despite having a squad replete with talent, the Yellow Submarine have struggled all season, but with 33 points now in the bag and some winnable fixtures coming up, Javi Calleja’s side have a great chance of avoiding the drop.

Levante were another side that looked destined for mid-table after picking up 26 points in their first 20 games of the season. Since then, they have only added seven points, winning only once in 12 games.

Their poor form can be partly attributed to their often woeful defensive performances, but they would most likely be safe from relegation already if it wasn’t for VAR. Las Granotas have fallen victim to several ‘creative’ interpretations of video technology this season, and it may prove to be their undoing. With the toughest run-in of the bottom seven, the Valencian side could easily find themselves in the bottom three on the final day.

Celta, just like Villarreal, have no business being in a relegation battle with the amount of quality in their squad. Their seasons have mirrored each other in many ways – both sides have languished against the odds, both are on their third manager of the season, and both sides have shown recent signs of recovery – although Celta’s revival seems to be dependent on just one man.

The Galicians have won just once this season without Iago Aspas, picking up just four points from the 12 games he has missed (compared with 28 in the 20 games he has started). They don’t have the easiest run-in, but if Aspas stays fit, then they are in with a chance of staying up.

Having returned to the top flight last season, Valladolid were always likely to be involved in the lower rungs of the table at this stage of the season. The good news for the Ronaldo-owned side is that they are still in with a shout of survival, provided they outperform at least one of the sides above them.

That won’t be easy, though. While their defence has been by no means terrible, they have been poor in front of goal, and are the league’s lowest scorers with just 26. That stat – coupled with a Levante-esque relationship with VAR – has left them in this parlous position, and they’ll need to find their goalscoring touch if they are to have any hope of playing in La Liga next season.

Another side promoted last season, Rayo have struggled for the consistency required to survive at this level. Their goalscoring record is no disgrace, but they have conceded the second-most goals in the league, and a run of one win in 11 games is undoubtedly relegation form.

The timely and surprising 2-0 win over Valencia last week has kept their faint hopes alive, but it would take a lot for Rayo to stay up now. Four of their remaining six games are against relegation rivals, and while that could present a great opportunity to climb out of the drop zone, defeats in any of those games will be doubly damaging.

Poor, brave Huesca. It is a credit to the tiny Aragonese club that they have an outside chance of survival at this stage of the season, given that they were ten points afrift of safety at the halfway point of their first-ever La Liga campaign.

Sadly, their upturn in form in the latter part of the campaign has come a day late and a peseta short, and barring any miracles, they will go back whence they came at the first time of asking.