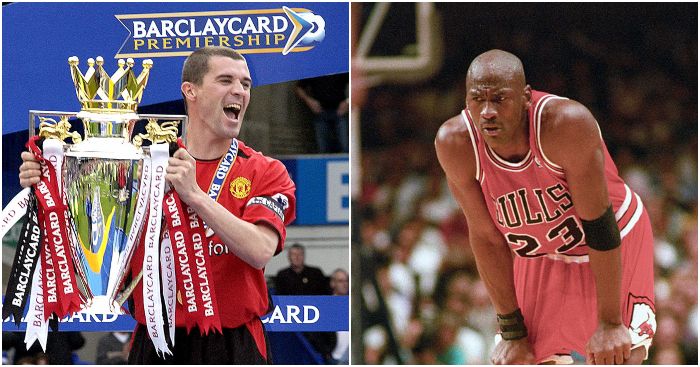 Yes, we all know lots and lots about basketball now. It’s like when there’s a big fight on and, from nowhere, people who have never expressed any interest in boxing before are suddenly found preaching the effectiveness of jabs and hooks, and worrying about inferior footwork and judges from Panama.

The Last Dance has had that sort of effect. The ten-part series has now drawn to a close and the subsequent debates are being amplified by the constraints of lockdown life. The loudest is – naturally – about Michael Jordan. What kind of leader was he? Was he too harsh on his teammates? Was his greatness tarnished by the way he treated people?

That part of the conversation is accessible. What kind of player was he and is he the best of all time, not so much – leave that to the mid-Atlantic accent types. But the human issues translate easily enough into football.

There aren’t many players who fit the category that Jordan is said to inhabit. Over the decades, there are very few who have been acclaimed as both great on the pitch and, at the same time, impossible to share a dressing room with. Sure, the game has its prima donnas, its dullards and its taskmasters, but not many players who have led by example in such an aggressive way that they’ve actually been resented for it.

It begs the question: what is good leadership in football?

There are the prerequisites. A leader has to be able to deal with the peaks and troughs which occur in all professional sport. That person also has to communicate well and see beyond their own ambitions and agendas. Additionally, there’s an implied need to be a conduit between the hierarchical lines, and relay messages from coaching staff to teammates.

But here’s an interesting exercise: if you were a professional player, who would you prefer to be captained by?

That question has all sorts of answers. Billy Bremner. Bobby Moore. Terry Butcher. Steven Gerrard. Gary Mabbutt. Stuart Pearce. John McGovern. Graham Roberts. Roy Keane. Invariably, though, those different answers reveal less about the names given and more about the person themselves and what they think they’d respond best to. Intimidation and fear, or encouragement and a quiet example?

The answer to what makes a great leader, then, by implication, is the ability to understand those differences and cater to them.

Keane is an interesting one from that list. His career arc suggests all sorts of different things. On the basis that he wasn’t for changing and didn’t have a softer, more conciliatory side – one that he was willing to share, at least – it’s telling that what worked for him through the majority of his United career was ultimately what failed him in the end.

He probably wasn’t quite a constant. Keane seemed to get angrier as he got older, possibly out of resentment for his own failing body, and the talent pool he took aim at in that notorious MUTV episode was nowhere near what it had been in the past, nor anything like as sure of itself individually. In the years before, the modern notion of sensitivity probably didn’t exist in the same way that it did by then – or does now – and so there probably wasn’t the implied need to tolerate being barked at.

More generally, it was probably Keane’s inability to recognise the need to treat different people differently that proved his undoing; while some can be growled out and challenged, some can’t. By the same token, however, some players need to play with fear. It’s guess work, of course, but looking around the present day Premier League, it’s not difficult to identify a few who – most likely – have to be made to feel insecure for the sake of their own standards.

It’s slightly strange that Keane didn’t have a better grasp of that. His first manager in England was, of course, Brian Clough, and has there ever been anyone better at understanding how to get the most out of individual footballers? Perhaps by the 1990s that ability was on the wane, but the stories from the past are legendary – of how he would never praise Larry Lloyd, because his ego was already big enough. And how, between them, he and Peter Taylor’s Good Cop/Bad Cop routine turned John Robertson into a European Cup winner.

Or listen to Archie Gemmill’s account of his time at Forest and Derby. Or Gary Birtles’ memories. Or the way Clough gently deflated Trevor Francis’s ego after his £1m transfer by making him perform menial tasks in the dressing room. He talked about Peter Shilton like a superhero, but made Francis make the tea. When former players talk about Clough today, they often hit on a lot of the same themes. What’s telling, however, is that many of their individual recollections seemingly describe a different man.

That’s a real skill. It wasn’t uniquely his, but it’s a vivid example of why – actually – the entire conversation about how leaders should or shouldn’t act is back-to-front. There is no singular quality. The aim isn’t to be liked or admired or feared, but to inspire performance and success, and the only way to do that is to appreciate that need to be all sorts of things to all sorts of different people. That’s the real ability.

Whether someone is a good leader or not depends on who it is that they’re supposed to be leading.