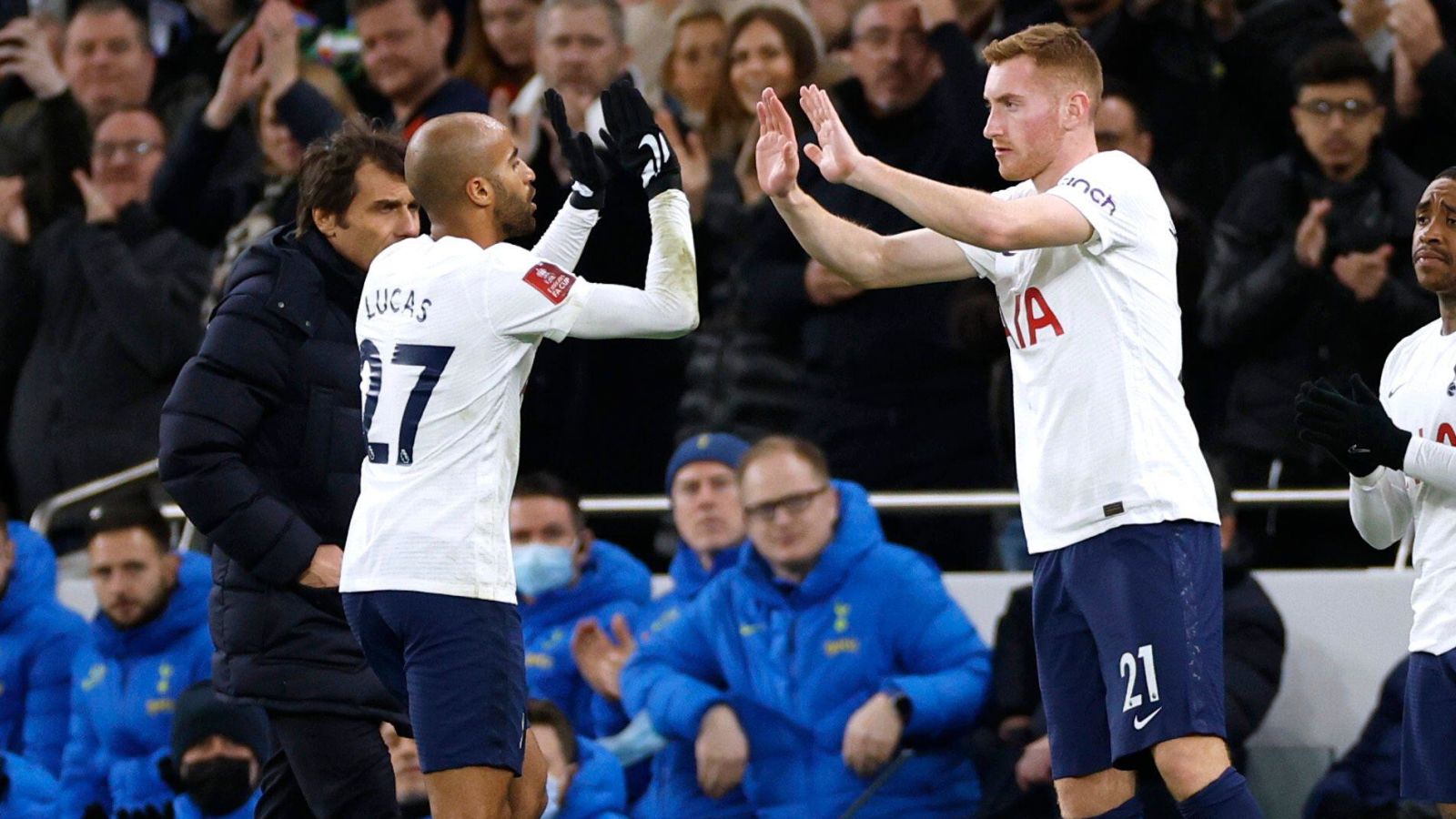 It’s once again going to be a season like no other is 22/23. The fixture list is mad and Happy Squad Players are going to be key.

Some tish and fipsy newspaper talk of Lucas Moura being a potential makeweight in any Tottenham deal with Everton for Richarlison got me thinking.

Always dangerous, that. We touched on it in some drivel about the wider implications of that deal – including, not insignificantly, that it won’t happen – but there’s something about players like Moura that feels particularly important in The Modern Game.

Players who, at whatever level you happen to be talking about, aren’t quite good enough to be starting players but are still useful players to have around a squad and yet manage to do that without being either an albatross or bad influence on the rest of the group.

Moura was a bit-part player as Conteball took full hold of Spurs. He started just two of the last 16 matches of the season, and it’s a pretty neat cut-off; he started the grim 2-0 home defeat to Wolves and he did not start the 3-2 win over Manchester City that followed.

Yet he came off the bench in 11 of the 14 games he didn’t start and missed another through injury. Only twice was he available and not used at all.

Moura is, by all accounts, happy enough with this arrangement. He has made no noises about wanting to leave or demanding more time. The obvious contrast exists at his own club, where the similarly sparsely deployed Steven Bergwijn has made his desire to move clear.

Neither player’s approach is wrong. Bergwijn has one eye on the World Cup having missed out on the Netherlands’ squad for last summer’s Euros in part because of his lack of action for Spurs. Both are good enough to play more regularly at a club slightly further down the food chain.

But a player like Moura is of huge value to a coach. A player like that must tread a fine line. Their contentment that prevents them becoming a drain on the general mood of the squad mustn’t tip over into a complacency that can be just as damaging.

It obviously helps if, as Moura does for Spurs, they offer something different to the starters they are likely to replace. Since January, that has fallen neatly into place for Spurs, where Dejan Kulusevski has been a revelation in a starting role. He is a cerebral, thoughtful footballer who can occasionally slow the pace of Spurs’ attacks but has the game awareness, vision and technique that makes this a worthwhile trade. Moura is an altogether more frenetic and, let’s be real now, less effective footballer. But he offers a point of difference if Plan A isn’t working or, as happened quite a lot during the run-in, is working well enough that the game is safe and weary legs can be rested.

The final game of the season was the perfect Kulusevski-Moura blueprint for Spurs. Kulusevski scored twice in the first 64 minutes, was replaced by Moura after 68 minutes, and two minutes later the Brazilian created another goal for Son Heung-min.

Clearly, it won’t always work that well. Life isn’t that easy and most teams aren’t Norwich.

Obviously, this is also nothing new. Even before the modern era, the tradition of the supersub is a long and storied one. But the concept of the Happy Squad Player has never been more important, and will never be more important than in this specific upcoming World Cup-ruined season.

This morning’s fixtures announcement emphasises and makes starkly real what we already knew. It’s going to be exhausting. Clubs in European qualification face 23 games in 14 weeks before the World Cup is squeezed in and even worse congestion if they’re still in Europe after the World Cup has been knocked off. If West Ham win their ECL qualifier, their workload is 25 games before the World Cup.

This also brings in another important benefit specific to Moura and others. This season could very well hinge on players who aren’t involved in the World Cup. Moura hasn’t played for Brazil since 2018. Spurs also benefit from the fact Dejan Kulusevski’s Sweden didn’t qualify and that Harry Kane’s England are now just awful and will be home after three games too.

It makes Manchester City’s acquisition of Erling Haaland at this specific point in time even more scary for everyone else than it already was, while making Mo Salah – clearly knackered by the end of last season – potentially more potent than ever.

For the fourth year in a row, it’s going to be a season like no other.