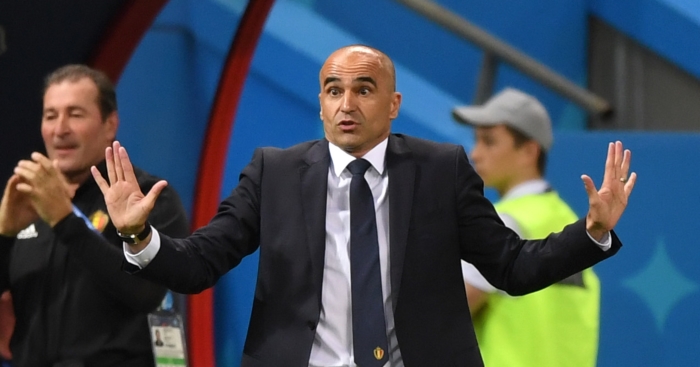 It was in the 38th minute that Belgium truly established their superiority. Yet another scintillating break was led down the left-hand side by Eden Hazard, and quickly worked into a more central position with Kevin de Bruyne. His pass was instant, albeit slightly behind the run of the rampaging Romelu Lukaku. The move was kept alive with a clever backheel to Thomas Meunier on the right, but the delay allowed Brazil to race back in numbers, managing to force the door shut as they gasped for collective breath.

Belgium reacted by keeping their opponent at arm’s length. They passed in triangles while Brazil chased shadows, before the ball was calmly worked back to Thibaut Courtois to restart. Their iron grip on possession only ended when Alisson saved both a De Bruyne free-kick, and Vincent Kompany’s flick from the subsequent corner. Brazil touched the ball once in over two minutes.

It was a humbling, a humiliation. Brazil almost salvaged something from the wreckage with a much-improved performance after the mercy of half-time, but the damage had long been done. Changing their trousers for the second half could not quite ease the embarrassment of having shat themselves in the first.

That reaction is only natural as the rabbits caught in the headlights of Belgium’s holy attacking trinity. Lukaku, De Bruyne and Hazard were irrepressible, breaking with pace, power and skill and combining with devastating ease. It was enough to induce Vietnam-style flashbacks from those who remained from the massacre at the Mineirão four years ago.

Few had predicted this; Lukaku certainly did. “Defensively, I think they can be taken,” he said earlier this week. “You have to know exactly how to attack.”

In that sense, Belgium enjoyed 45 minutes of absolute clarity. They knew how to attack, when to attack, who to attack. Lukaku drifted from right to left as De Bruyne plotted and planned as the reserved centre forward. Hazard danced on the left; Fagner was forced to do so to his tune. Behind them, Marouane Fellaini was superb.

The Selecao had their chances, coming agonisingly close from two corners, but found themselves two goals down and caught in a whirlwind.

For a manager so often derided and decried, this was redemption for Roberto Martinez. His tactics and systems were so fluid that Belgium simply seeped through the cracks in Brazil’s defence. A 4-3-3 with Nacer Chadli in central midfield quickly transitioned to a diamond formation with De Bruyne at the tip. A 3-4-3 on the counter-attack switched to a 4-2-3-1 at the drop of a hat or a pass.

Lukaku in particular was phenomenal. It was his hold-up play that helped win the corner for Belgium’s first goal, and his incisive run that created the fabulous second. Intelligence and power; power and intelligence.

Roberto Firmino should have scored five minutes after coming on. Courtois saved from Paulinho, from Douglas Costa, from Neymar in stoppage time. Philippe Coutinho missed from 12 yards, Renato Augusto from 18.

Even after Augusto reduced the deficit to one goal, Martinez did not blink. Belgium played the exact same way with the exact same tiring players, waiting for the opportunity to increase their lead instead of guarding it. He did not make his first substitution until the 83rd minute, finally bringing on a defender in Thomas Vermaelen for the more attacking Chadli.

A more composed team than Brazil would have punished the mistake, turning a coaching masterclass into a disasterclass. But Belgium will not care; they are the only team to have won every one of their games in Russia, and are now favourites to win the World Cup.

That is as much down to the manager’s meticulous first-half plan as it is in spite of his baffling second-half approach. A microcosm of the madness and magnificence of the Martinez method, where matches are never mundane.