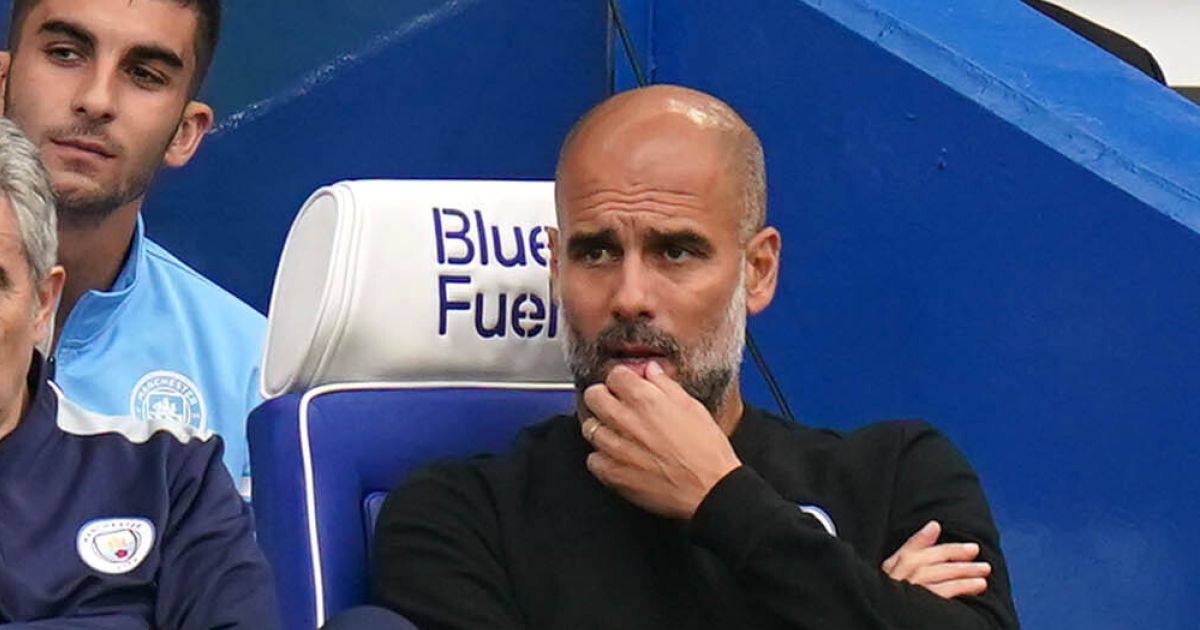 With Dean Smith taking the Norwich job after being jettisoned by Aston Villa, we got to thinking which other top-flight job would be perfect for all the other managers? And, of course, which one does Smith end up in next. The rules are simple; you can’t have already managed your ‘new’ club before and only job per boss. Klopp, Guardiola and Dyche can’t take all the jobs, unfortunately.

Arsenal – Patrick Vieira
Mikel Arteta was a decent midfielder for Arsenal and is now doing a decent job of managing the club. If Vieira turns out to be his successor, Arsenal fans will hope that his time as a player is also mirrored by his success as a manager. A genuine Arsenal legend and his Crystal Palace side are doing all they can to push his case forward for the job of his dreams.

Aston Villa – David Moyes
If this was purely based on current performance, Moyes would be straight into a ‘Big Six’ job. Unfortunately, that ship has firmly sailed. After the job he did at Everton and is now doing with West Ham, he is to the upper mid-table what Sam Allardyce used to be to teams threatened by relegation. And there’s nothing wrong with that.

Brentford – Ralph Hasenhuttl
This most certainly was not a case of putting the last manager with the last club. But bear with me. If, after suffering another 9-0 defeat, Southampton decide that enough is enough, Brentford would be an ideal club for Hassenhutl. Thomas Frank is laying excellent foundations for another progressive manager to establish Brentford as a lower mid-table club in the way Hasenhuttl has done with Southampton. And they play in red and white stripes. Makes sense right?!

Brighton – Mikel Arteta
I am sure Arteta is reading this and would prefer to see himself next to Manchester City. Sorry, Mikel. The odds are firmly in favour of Arsenal rather than Arteta ending his current union and Brighton would be an ideal next move.

Burnley – Bruno Lage
What an incredibly difficult job this is going to be after so many years of Dycheball. Lage took over a Wolves side who had become stale under Nuno Espirito Santo and has evolved the playing style to make them one of the most watchable teams in the league. If he does the same with Ben Mee, Josh Brownhill and Ashley Barnes he can start to be talked about for bigger hypothetical roles.

Chelsea – Pep Guardiola
How has this never happened?! Roman Abramovich has happily taken on the role of a mute since taking over at Chelsea in 2003, but one thing we know is that he has always wanted to have a manager who can win beautifully. Abramovich and Guardiola would be a match made in heaven for as long he retains enough interest to shell out at least £50m a season each on a full-back and attacking midfielder.

Everton – Antonio Conte
After a few years of sending their managers to shop in Harrods, Everton are letting Rafa Benitez slum it in Poundland to balance the books. Once they are back on the right side of Financial Fair Play and Benitez has proved himself right with his small club jibe, a new manager will be needed to obliterate the savings account. Conte will enjoy that task after 18 months of arguments with Daniel Levy.

Leeds – Claudio Ranieri
After the intense management of Marcelo Bielsa, who better than the antithesis that is Ranieri? Fresh from winning the Premier League with Watford and then being dismissed after three winless matches the following season, Ranieri would be the perfect man to consolidate Leeds’ unlikely position as a contender for everyone’s second team.

Leicester – Graham Potter
This list is really starting to flow now. Potter to Leicester is just such a natural next step and there’s every chance the job is vacant relatively soon in actual real life. Club and prospective manager share a desire to play attractive football and progress organically. Genuinely looking forward to when this does happen.

Liverpool – Steven Gerrard
The reasons Gerrard left Rangers have been extensively debated, but if he hadn’t left being top of the league and in European competition behind, he wouldn’t have qualified to be hypothetical Liverpool manager. He has got through the first audition; if he nails the call back, he is surely destined to (ahem) slip into the Liverpool job.

Manchester City – Brendan Rodgers
We have been told that Rodgers tops a four-man shortlist to replace Ole Gunnar Solskjaer at Manchester United. Mainly because he is the only one of the four to actually want the job. With his connections to Liverpool, a move to City would be preferable for all parties. Especially Rodgers.

Manchester United – Ole Gunnar Solskjaer
We discussed this concept with the board of directors of Man Utd. Unfortunately, as they were so disappointed with the performance of the previous two big-name hypothetical managers, they insisted Ole remained at the hypothetical wheel.

Newcastle – Jurgen Klopp
I don’t expect to have to personally wrestle with this conundrum, but if I was a sportswasher, Klopp would be top of my list of managers. If Howe can stabilise Newcastle, the next manager will inevitably be a bigger name. There is nobody better than Klopp to represent a passionate fanbase, spend large sums of money effectively and generally create a feel-good factor at a club that has been crying out for it for years.

Norwich – Eddie Howe
Nice guy, nice club. Howe will be cast aside when Newcastle decide that they need a more high-profile manager and Norwich will be a perfect club to restore his reputation. The emphasis on passing football is shared by club and manager and Callum Wilson would look cracking in yellow.

Southampton – Marcelo Bielsa
Southampton’s players may as well have just joined the military. After being flogged by Pochettino and Hasenhuttl, there is no group of players that would adjust better to Bielsaball.

Tottenham – Thomas Tuchel
Let’s be realistic. Whether it be this season or next, Chelsea will go on a bad run and Tuchel will be shown the usual level of patience. Antonio Conte will fall out with Daniel Levy. We know Tottenham love hiring Chelsea’s sloppy seconds and Tuchel has professed his love for the name Tottenham Hotspur. This one actually will definitely happen. And it will be the perfect marriage until Tuchel becomes sick of Levy’s penny pinching and the notoriously low-maintenance Guardiola is brought in as his successor.

Watford – Dean Smith
This most certainly was not a case of putting the penultimate manager with the penultimate club. Be fair – he has now ticked off the two most obvious ones. Fortunately, Smith having proved himself in the Premier League and Championship is the very thing; we all know that Watford like to yo-yo. And, before you start those English manager jibes, don’t forget Nigel Pearson’s incredibly memorable spell. I certainly hadn’t.

West Ham – Rafael Benitez
If David Moyes hadn’t accidentally been such a success in his second spell, Benitez would surely already be West Ham manager. He has rejected them numerous times before, but their trajectories do seem to be going in opposite directions. If he can leave the Everton job with credit in the bank, he will enjoy the new investment after a decent effort on ‘Bargain Hunt’ in the summer transfer window.

Wolves – Thomas Frank
This was nearly N/A as there are no other Portuguese managers in the Premier League. Marco Silva will clearly take over this hypothetical role next season, but Frank has certainly earned himself a chance at a mid-table club with the fantastic work he has done at Brentford.