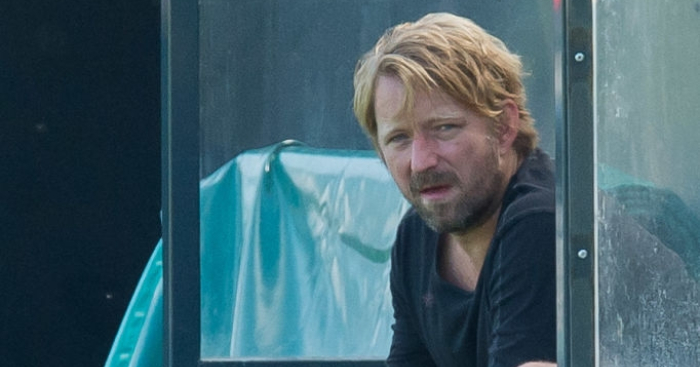 Sven Mislintat was appointed Arsenal’s head of recruitment on November 20, 2017. The Gunners declared him ‘one of Europe’s most respected player recruitment experts’ at the time, with Arsene Wenger praising his “outstanding track record” in Germany.

“We look forward to him taking our existing recruitment approach forwards,” the former manager added. But on February 8, 15 months and three transfer windows after his arrival, Mislintat’s exit will be confirmed.

Let’s take a look as to why the ‘Diamond Eye’ has already had enough.

No promotion
We start with BBC Sport and David Ornstein, the oracle when it comes to all things Arsenal. He says Mislintat ‘was expected to be a contender’ for the upcoming technical director role at the Emirates, but he ‘will be overlooked’. According to Sky Sports (and many others), the man Arsenal will appoint instead is former midfielder Edu.

Ornstein goes on to say that ‘Mislintat’s influence has reduced’ since Ivan Gazidis left his role as chief executive in October. At that point, Raul Sanllehi and Vinai Venkatesham were promoted to head of football and managing director respectively, with Mislintat’s position unchanged.

The Guardian‘s Amy Lawrence says Mislintat’s role has been gradually ‘reduced to that of a glorified chief scout’ which understandably does not appeal. Luke Brown and Miguel Delaney of The Independent suggest the German has been ‘increasingly marginalised’.

His own future
On that point, Ornstein says Mislintat ‘sought assurances about his future’ from Arsenal, but ‘they were not forthcoming’.

‘That was particularly problematic because his pursuit of transfer targets often relies on long-term planning and groundwork, which has been highly effective in the past but near-impossible of late,’ he adds.

The aforementioned techincal director role has created a few problems with regards to Mislintat. The Independent quote a source as saying the German ‘has grown increasingly tired of “unfulfilled promises”‘, and losing out on that role to the far less experienced Edu could be the final straw.

As with any footballing departure, Mislintat is now being painted as some sort of loner. His arrival indirectly led to the departures of popular scouts Steve Rowley and Gilles Grimandi, which has ’caused discontent behind the scenes’.

The Mail’s Mokbel adds that ‘communication between Mislintat and certain figures within the recruitment staff is also said to be minimal, causing obvious issues when it comes to identifying transfer targets’.

No money
Unai Emery stated earlier this month that Arsenal “can only loan players” in January, somewhat restricting the influence of anyone whose literal job title is head of recruitment. Ornstein confirms that ‘Arsenal’s lack of money to spend in the January transfer window has also caused issues’.

He goes on to state that Mislintat, Sanllehi and Emery ‘have not been collaborating as effectively as they did previously’ in the summer, when Lucas Torreira, Matteo Guendouzi, Bernd Leno and Sokratis joined. Matt Law and Sam Dean of the Daily Telegraph say Mislintat was ‘heavily involved’ in those deals, while Brown and Delaney say the German was asked to ‘identify affordable transfer targets using the kind of analytical approach that had served him so well at Dortmund’.

After having such a big influence on the arrivals of Pierre-Emerick Aubameyang and Henrikh Mkhitaryan, Mislintat’s ‘hands have been tied by the club’s threadbare transfer budget’, according to the Daily Mail‘s Sami Mokbel. Law and Dean say his ‘role has also been complicated in this transfer window by the lack of any funds to make signings’.

Denis Suarez
The targeting of Denis Suarez in particular has been a point of contention. That ‘is being driven by Sanllehi and Emery,’ while Mislintat ‘has targets of his own’. Thomas Bristow of the Daily Mirror says Mislintat’s ‘targets do not necessarily tally with Emery’s transfer wish list’.

Nor Sanllehi’s, apparently. His ‘preference’ to rely on an ‘extensive network of contacts’ built up during his time at Barcelona ‘has jarred with Mislintat’s statistical approach’.

The supposed transfer ‘collaboration’ that Arsenal benefitted from last January and in the summer is no more, with Sanllehi and Emery taking on more influence than Mislintat was led to believe would happen. And the arrival of Edu will further ‘diminish’ his importance.

A muddled appointment
Perhaps Mislintat’s appointment was ill-advised from the start? Heralded as one of the most promising chapters in Arsenal’s new dawn, he is set to leave just over a year later.

Much of that is down to the fact that Arsenal’s new structure was put in place by Gazidis, who himself left soon after the season began. Arsenal now have just four footballing representatives on a 15-man executive team, leading to inevitable confusion and mixed messages.

Each outlet who has some inside information stresses that there has been no ‘breakdown in relationship’ between Mislintat and Sanllehi, but there conflicting interests has led to inevitable disagreements.

We leave the final words to Brown, Delaney and an agent who has a sensational way with words.

‘There is a lingering suspicion that Arsenal simply saw who was working well elsewhere and appointed them – with little thought as to how they might work together.

‘In the words of one agent with connections to the club: “There was no unifying vision. Steak is great. Apples are great. But who wants apple steak?”