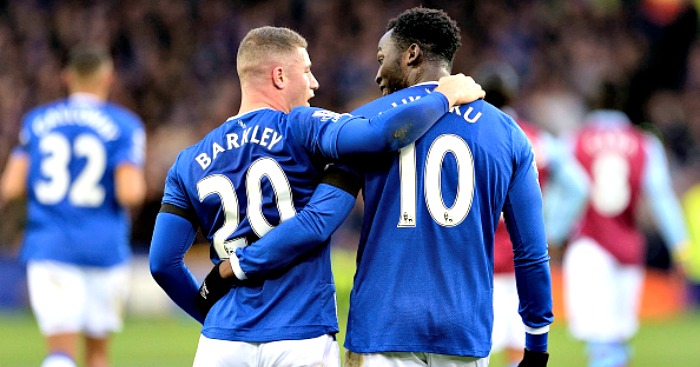 It’s fair to say that most of those tipped as stars of this Premier League season so far would not have been touted as Player of the Year candidates ahead of the campaign.

Where many of the top performers from 2014/15 have underwhelmed in England’s top flight, not least PFA award winner Eden Hazard – who is yet to score in the league – a handful of players have made remarkable strides since last season.

Here WhoScored.com reveal the most improved XI based on their statistical ratings, with players needing to have made at least 10 appearances this season and last.

Tim Howard – rating increase 0.58
After a disappointing campaign from a team and individual perspective last time out, Tim Howard has recovered somewhat for Everton this season (at least staistically). The American was the third-lowest-rated keeper last season (6.44) having committed four errors that led to a goal and kept a modest seven clean sheets. He has four to his name already this season and has not committed a single costly error thus far, resulting in a rating of 7.02 – ranking fourth of all shot-stoppers. Howard’s place in this list may be more to do with how his closest rivals have either remained consistent or regressed; the 36-year-old has merely upgraded from rubbish to a little bit rubbish. Do Everton need a new keeper in January?

Kyle Walker – rating increase 0.17
His may be the lowest increase in rating in this XI but Kyle Walker has no doubt made improvements this season after an underwhelming campaign disrupted by injury in 2014/15. The right-back has started every league game this time around, which is already enough to match his appearance tally of 15 from last season. Walker has made 46 interceptions already this season, bettered by only three Premier League players thus far, and higher than his total of 36 last season.

Damien Delaney – rating increase 0.28
Many would have tipped Delaney as a weak link in the Palace team upon their promotion back to the top-flight but the veteran has been an integral part of the Eagles line-up since Alan Pardew’s appointment. His physically dominant displays have meant that only Yohan Cabaye has a higher rating than the centre-back (7.19) for the Londoners this season. Delaney ranks second in the Premier League for both clearances (8.6) and blocks (1.4) per game.

Philipp Wollscheid – rating increase 0.41
Now seemingly first choice to partner fit again captain Ryan Shawcross in a physically intimidating pairing for Stoke, Philipp Wollscheid is beginning to settle in England. After a difficult start to life at the Britannia upon his January move, the 26-year old is showing more composure at the back, seeing his pass accuracy rise from 78% to 82.3% and improving the timing of his challenges as he adjusts to the pace of the Premier League, with tackles per game up (2.3 from 1.4) and fouls down (0.5 from 0.8).

Robbie Brady – rating increase 0.41
Settling into life at Carrow Road in impressive fashion since a summer switch from Hull, Robbie Brady has secured the highest rating at Norwich (7.36) by a distance this season. Deployed at left-back for the most part, the Irish international has seen his tackles per game double this season to 3.3, whilst his versatility as a left-winger has seen productivity increase going forward. Averages of 1.7 shots, 1.8 key passes and 1.9 dribbles per game are all up on figures from his final season at the KC Stadium.

Riyad Mahrez – rating increase 1.18
With the highest WhoScored rating in the Premier League this season (8.33) it’s little surprise to see Mahrez take his place here. The Algerian has been in scintillating form all year, culminating in a hat-trick against Swansea at the weekend, taking his tally to 10 in the league, supplemented by six assists. No player has had a direct hand in more goals in England’s top flight this season, with Mahrez leading the way in terms of dribbles (50) too.

Mousa Dembele – rating increase 1.10
With the second-highest rating increase in the side, Mousa Dembele is finally showing Tottenham fans just what he is capable of having earned a regular place. The Belgian was among those tipped to leave the club under Mauricio Pochettino but benefited from a suspension to Eric Dier. Dembele has since become an integral part of the Spurs set-up, adding composure in midfield alongside the young duo of Dier and Dele Alli. Injury-free for much of the campaign, the former Fulham man has already started more league games this season (11) than last (10), completing twice as many dribbles per game (3.1) to place fourth in WhoScored’s player rankings.

Ross Barkley – rating increase 0.85
Partnering the Belgian in this XI, Ross Barkley has had a fantastic start to the 2015/16 campaign. Criticised for a lack of end product in the past, the England international has proven his doubters wrong so far this season. Tallies of six goals and five assists are both considerably up on modest returns of two for each last season in what was an underwhelming campaign from the youngster. With his figures up for shots, key passes and dribbles per game this season, Barkley plays a vital role in an exciting Everton side.

Mauro Zarate – rating increase 0.30
Set to become a regular in the West Ham side following injuries to both Dimitri Payet and Manuel Lanzini, Mauro Zarate will be required to maintain his encouraging performance levels this season. The Argentine may have only started five league games this season but has scored in three of those, already matching his appearance tally over spells with both the Hammers and QPR in 2014/15 (11). The 28-year old is beginning to show the sort of work rate needed to accompany his undoubted talent, averaging 1.8 tackles per game as well as two shots.

Jamie Vardy – rating increase 1.02
Perhaps the least surprising inclusion here, Jamie Vardy’s sensational scoring streak may have come to an end at the weekend but that, along with Leicester’s remarkable rise as a whole, remains the story of the season so far. The forward’s overall tally of 14 goals leads the way in the Premier League, with the England international having notched just five times last time around. The 28-year old has averaged almost three times the number of shots per game this season (3.9) from last (1.4).

Romelu Lukaku – rating increase 0.79
Completing the most improved XI is Romelu Lukaku, whose 11th goal of the season on Monday was his 50th for Everton in 100 appearances. Despite that impressive record the Belgian had a disappointing campaign like many of his teammates last time out, with his recent goal against Palace taking his tally above that of last season (10). With shots (3.3 per game), key passes (1.2) and dribbles (1.4) all up, the 22-year old is on top form, scoring in each of his last six appearances for the Toffees.

Download the latest WhoScored.com free monthly round-up magazine to find out the stats and star performers from across Europe in November