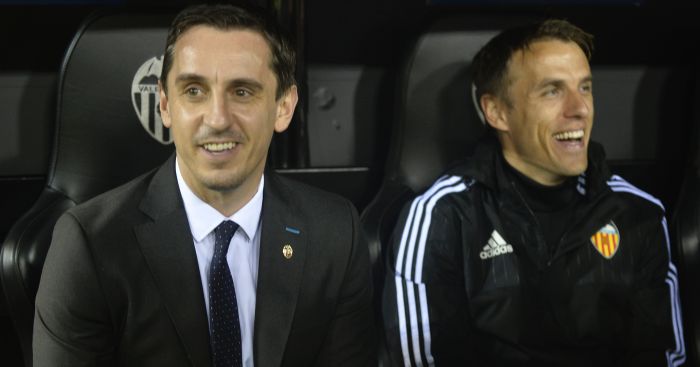 Jurgen Klopp insists he “doesn’t listen” to Phil and Gary Neville’s criticism of his players as they “don’t care much about Liverpool”.

Both brothers have spoken out about the Reds’ recent issues in defence and in net, while Jamie Carragher told keeper Loris Karius to “shut up and just do your job” in response to the keeper speaking to the media over his criticism.

Klopp has now waded into the debate over Karius by saying he isn’t bothered about what the former Manchester United duo say about his players.

“My job is to protect the players as much as we can, but I can’t do that when they’re on the pitch,” said Klopp in a press conference on Monday.

“I’m not surprised about it. In my first press conference I spoke about English media, and the pundits, the former players, forgot completely how it felt when they get criticised.

“Especially the Neville brothers, the one who was a manager, he should know.

“I don’t listen to them. Carra doesn’t speak too much about United players, and the Neville brothers don’t care much about Liverpool.