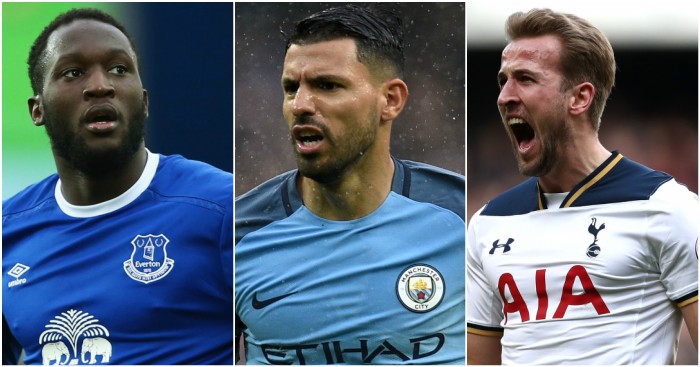 It sounds like a back-handed compliment. Originally used for batsmen in cricket who tended to make hay while the sun shone and pitches were flat and thus unhelpful to bowlers, being known as a ‘flat-track bully’ meant scoring lots of runs. No matter the when and against whom, that hardly strikes as the worst reputation to have.

Yet in football parlance at least, the term has taken on a distinctly negative connotation. Rather than indicate a habit of scoring freely in the easiest circumstances (or against the worst clubs), ‘flat-track bully’ is now an accusation that a player fails to perform against the best. It is increasingly commonplace, used against Olivier Giroud in 2014/15 and Sergio Aguero in 2015/16. Aguero, Harry Kane, Zlatan Ibrahimovic and, most recently, Romelu Lukaku have had their proficiency questioned this season. Becoming the top scorer in the division is not enough for some.

The first thing to note is that ‘flat-track bully’ is a relatively new addition to football’s lexicon. Wayne Rooney has been forced to deal with regular assertions throughout his England career that he flourished only against lesser nations like Kazakhstan and San Marino, but Gary Lineker scored four of his international goals against a Malaysia Select XI. Of Bobby Charlton’s 49 England goals, 24% came in four matches England won 8-1, 8-1, 8-0 and 9-0. Charlton was fortunate to survive the accusations of fraudulence that haunt any self-respecting modern footballer.

The second aspect of flat-track bullying is that it can only be carried out by strikers. A defender who keeps clean sheets against the worst clubs in the league but struggles against the elite avoids scrutiny. There is a strange football phenomena whereby defending is treated as a collective effort, with blame and praise shared, but attacking is more of an individual pursuit. It matters not that a midfield may struggle to service a striker against the toughest opponents; the striker will carry the can.

The only exception to this rule is Pep Guardiola, that great divider of opinion and accidental firestarter of a dreary war of words. To his detractors, the definition of ‘flat-track bully’ is widened to include beating both high and low quality opposition and winning trophies as a manager, but doing it with the best club so it doesn’t count. Some days it really is difficult to keep up.

Of course, the increase in the term’s use correlates with the general shift towards mass coverage of football and the rise of football opinions as a subset of the industry. In a saturated market in which it is often hard to make voices heard or words read, sensational headlines have become a commonplace – accepted, even – technique. ‘Is Player X a flat-track bully?’ is far more likely to generate interest and traffic than ‘Player X: Not perfect, but good’. This is a place where nobody escapes a label; overrated, underrated, wombling free.

The fact that every elite striker in the Premier League this season has endured such criticism at one time or another is enough to deem the accusation itself as nonsense, but let’s prove it so anyway. Judging the six top-scoring strikers in the country on the number of non-penalty goals scored in starts against the top six produces the following results (non-penalty goals is the only fair way of comparing penalty takers against non-penalty takers:

Ibrahimovic leads the way in a small sample size, but four of the six strikers boast a record of exactly, or close to, a goal every three starts against the top six. So there’s our basis for membership of an unpleasant club.

Interestingly, that record is roughly matched across Europe. Before Tuesday evening, Luis Suarez had scored 23 league goals for Barcelona this season, but only two in six starts against La Liga’s top six. Lionel Messi had four in seven games against the same opponents, a clear improvement, but Messi is arguably the greatest player of all time. Cristiano Ronaldo has scored once against La Liga’s top six, a penalty in defeat against Sevilla. In Germany, poor Robert Lewandowski has scored only one non-penalty goal in seven starts against the top third of the Bundesliga. Are we suffering from a continent-wide epidemic? Is everyone a fraud now?

Well, no. Because if flat-track bullying is a fair charge now, it always has been. In 1994/95 and 1995/96, Alan Shearer won the Golden Boot in consecutive seasons and scored 65 league goals in two years. In 20 starts against top-six sides in those two seasons, Shearer only scored four non-penalty goals. In 1967/68, George Best was the First Division top scorer, and won the Ballon d’Or. Only four of Best’s 25 league goals came in his ten games against the top six, including penalties. And there you were thinking that he was any good.

And then there is Suarez, Premier League bully extraordinaire. The Uruguayan might have been the top-flight’s top scorer in 2013/14 with 31 goals, but 39% of those came against the three teams relegated that season. Norwich City and Cardiff City accounted for ten of the 31. It doesn’t seem to have done Suarez any harm.

There are exceptions, of course, but even they have caveats. Thierry Henry probably has the best big-game record in the Premier League era, and scored eight NPG in ten starts against top-six clubs during Arsenal’s Invincibles season of 2003/04. Still, only two in four against second and third. And Liverpool, who finished fourth that season and against whom Henry scored a hat-trick, finished 30 points adrift of Arsenal.

The obvious retort – slightly damning when it comes 900 words into a piece – is ‘Who cares?’. Most rational supporters understand that scoring in games against the toughest opponents is harder than against the rest; it is simple logic. Managers increasingly use safety-first tactics in these fixtures, leaving strikers isolated. They enjoy less space, less support and fewer chances.

Yet there is a nasty, snide element to the growing use of ‘flat-track bully’, an attempt to demean some of the highest-performing players in the world. While that has always been commonplace within the tribalism of football fandom, the creep into the media is a relatively new development. The obvious conclusion is thus: If you are accusing every elite striker of the same footballing crime, the chances are that none are guilty.

‘Proof! Real Madrid star Cristiano Ronaldo is a flat-track bully’ read a headline in The Sun in December 2015, referring to his performance in that calendar year. Ronaldo had scored in the Madrid derby, El Clasico and in both legs of the Champions League semi-final.

Perhaps The Sun were merely romanticising about Dixie Dean’s 15 goals against the top six during his record-breaking 60-goal league season of 1927/28, but I have my doubts. Next time you read the headline ‘Romelu Lukaku’s record against top teams stops him being world-class’, at least give it a second’s thought.