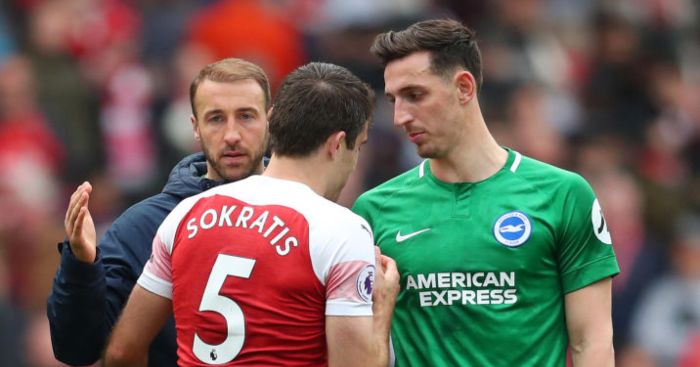 WARNING: Explicit content
The definition of bizarre is given as ‘very strange or unusual’.

The definition of outburst is ‘a sudden release of strong emotion’ – or ‘a volcanic eruption’.

The definition of ‘fuming’ is ‘feeling, showing or expressing great anger’.

With the above in mind, feel free to watch the following video and judge for yourselves just how very strange or unusual Mauricio Pochettino’s reaction to the same tired question is. Observe the sudden release of strong emotion. Examine how he feels, shows and expresses great anger.

The Sun describes this as a ‘bizarre outburst’ underneath a back-page headline that reads: ‘I’m not the manager any Maur’.

‘It is hard to believe Poch has no say in new arrivals at the club he has helped put back on the map,’ Paul Jiggins writes. Which is fine, except he never said that. He said he’s “not in charge”. And by the very nature of his and Daniel Levy’s jobs, he never has been.

But ‘Pochettino is famed for being pictured welcoming new signings in his club blazer’. Even though that trend was pretty much established with Tottenham players extending their contracts.

Yet the Argentine was ‘moody’ (given to unpredictable changes of mood, especially sudden bouts of gloominess or sullenness) and ‘even snapped at a reporter’ for suggesting Erik Lamela had played well.

Again, watch the following video from the moment the question is asked until the end of an answer that culminates with a Pochettino snapping that “I accept your opinion”.

If you listen to the Daily Mirror, which is hardly advisable, a ‘FUMING’ Pochettino ‘let rip’ at Tottenham, clearly ‘irked that Christian Eriksen, Toby Alderweireld and Danny Rose all look set to start the season at Spurs’.

That’s definitely why he’s a bit p*ssed off. Keeping three Champions League finalists and key members of the squad must really sting.

Darren Lewis is another who believes Pochettino ‘snapped’ at those poor journalists who were unfortunate enough to be subjected to such a malicious and unprovoked attack. ‘POCH GOES ON THE WARPATH’ is the headline to his story.

“Only I describe the situation of what happens and I think it’s important for the players and people to know that I am going to be, like I told you before, that I will be happy with the squad that the club are going to provide to me,” Pochettino said at one point.

He’s so ‘FUMING’ that he ‘snapped’ about how “happy” he will be “with the squad that the club are going to provide to me”. FA fine incoming.

The Daily Mail refer to Pochettino as ‘fed-up’, which seems a fairer reflection of the actual truth. If only that weren’t the exception that proves the rule.

Mail order
Not that the MailOnline are immune to some pre-season hyperbole. Their first of FIVE THINGS LEARNED from Manchester United’s 1-0 victory over Kristiansund is that their ‘lack of cutting edge’ is a ‘worry’.

That’s funny, because it was anything but when they were scoring twice against Perth Glory, four times against Leeds, once against Inter Milan and twice against Tottenham.

They are literally one of just two Premier League clubs to have both scored in and won each of their friendlies this summer. They’re alright.

Except they cannot ‘simply ignore’ the fact they only scored once against Kristiansund. How absolutely embarrassing that they still beat them.

A reminder that they were playing a side whose season started in March. If anything, beating a team four months fresher and fitter is a mark of their improvement.

Slam Dunk
Says Joe Cole of the make-up of the top six this season:

“I can’t really see anyone breaking into it, but I could possibly see Arsenal falling out of it, because there doesn’t seem to be enough harmony around the club.”

Unless sixth place is to be retired when Arsenal finish below it, someone will kind of have to ‘break into it’.

Cole is, of course, talking sport with talkSPORT. And he likes what he sees at Old Trafford.

“At Manchester United [Solskjaer] seems to be getting his act together a little bit. I like the signings they’ve made – they’ve been good additions.”

Someone please show him those pictures of Nicolas Pepe in an Arsenal kit. Dani Ceballos is hardly a bad signing, either. Yet the arrivals of Dan James and Aaron Wan-Bissaka will see United gain four points on the Gunners.

Cole goes on to insist that Arsenal are nowhere near challenging for major honours because of the state of their defence. This is the same team that was in a Europa League final 63 days ago, and has reached at least one final in five of the last six seasons. They have their problems but they’re doing OK.

But no, they need “someone like Lewis Dunk”. “I don’t understand why they’re not in the running,” says Cole.

Maybe because he’s Lewis Dunk, he plays for a team with a considerably different style to Arsenal, he would cost the entirety of their reported £45m budget and the only club seriously linked with him are Leicester, who will probably only sign him if Harry Maguire leaves.

Oh, and he’s Lewis Dunk. He’s definitely the man to beat United’s summer and bring the glory days back to north London.

‘Ole Gunnar Solskjaer will hold talks with Ed Woodward today ahead of a final push for Harry Maguire’ – Mike McGrath, The Sun, July 31.

Pound for Sterling
‘Chelsea have banned for life a fan they say racially abused Raheem Sterling’ – The Sun.

Yep, ‘they say’ so. He was clearly just praising him for another fine performance.