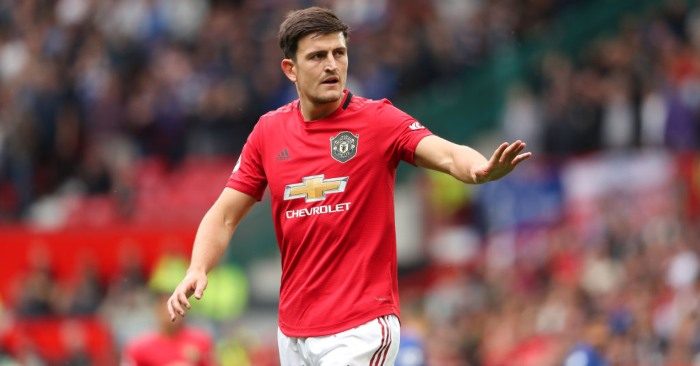 The transfer window makes me question what money really is. It is a very weird metaphysical concept. It only has value if we all agree it has value. But in football we can’t agree on what value means, so we can’t agree on what the money spent means. Is a fee high or low? What is a lot? What is a bargain. What is a waste? What do we compare it to? The normal systems or concepts of financial assessment are absent.

The first known currency was created by King Alyattes in Lydia, now part of Turkey, in 600BC, possibly to buy a new striker for Galatasaray. Quite how he decided how much his currency was worth is a bit of a mystery. I mean, if you hand someone a coin you’ve minted for yourself and say that’s worth six sheep, a pair of trousers and a goalkeeper, pal, why would anyone believe you?

But that’s sort of where we are in football now. Numbers make no sense. As someone once said, ‘logic and proportion have fallen sloppy dead’. We look at the lists of transfers and fees paid and it all looks like a totally meaningless spreadsheet of figures. Who’s overpaid? Who is cheap? Who is good value? And how does anyone know?

How are we supposed to understand any of these numbers in relation to the individuals and their talents? Is one really four times or 45 times better than another? To what do the numbers refer? How have they been costed, measured or judged?

In what we might call normal life, the price of anything is usually determined by many different factors, including cost of materials and production, and also by how many people want it and how much of whatever it is there is to sell, plus how much margin any of the involved parties need to make to cover costs.

But in football none of the usual price determinants exist, especially in the Premier League, where the 20 shareholders who ‘own’ it every season are basically handed a massive free gift merely for taking part. This would be a bit like being paid £150 million to open a shop on your high street, so that when you open your doors, you’ve got so much money already in the till you don’t have to make a profit and can basically buy in anything you want without regard to what it costs, the quality, how saleable it is and oh, you can pay your staff way over the odds because you’ve so much cash at your disposal. And for most, this happens not once but every year. Hence all the usual profit and loss calculations and the usual restrictions in the spending process are evaporated, or at the very least, are a minor consideration except in FFP assessments which are spread over three years anyway and which can be skirted around by one creative sort of accountancy or another.

So we can see that this is more like a weird subsidised private cartel than the free-market capitalism that its propagandists claim it to be. The usual market pressures don’t apply in the usual ways.

Pablo Fornals left Villarreal to play for West Ham United. Acquiring his registration cost the Hammers £24million. Why 24? Why not 22 or eight or 50? No-one can tell us. Had it been more or less, would it have been more or less of a bargain? No-one knows. Even after he’s played a season, no-one will be able to say.

There is no relationship between specific pounds paid and performance, no definitive criteria which can be applied to judge worth, but we all crave one because without the ability to make that judgement, the whole shooting match feels like total chaos and bends our brains out of shape. We want to know if our club has spent wisely or is profligate. Has the money been well invested or not? And we want to know because much of football is now viewed entirely through a financial lens. It is the be all and end all. It is how we try but fail to make sense of the league, even though the numbers themselves are senseless. Even so, it is how we assess everything. But we are making that assessment on constantly shifting sands.

Much of the criticism of Paul Pogba seems derived from his performances not matching his £89million fee. But why and how can we make such a measurement? There’s no definitive Top Trump card to judge him against. Has he played like a £40million player, or a £15million one? How can we ever assert any judgement as accurate? We can’t, but want to, and we still do.

In this way we can see one how one of the constant gnawing discontentments of modern football has dug its jaws into our collective psyche. It agitates at every turn. You only have to listen to any phone-in to hear disgruntlement with how much a club has or hasn’t paid for a player to hear this. You will also hear fans saying they “need a £50 million defender”, like they are a designer jacket on a clothes rack with identifiable £50million qualities which ‘prove’ they are worth that number. But no such qualities exist.

Is Harry Maguire better than Virgil Van Dijk because he cost more? No. So what should he have cost? No-one can say. But it will be dwelt upon endlessly. It feels like fees should reflect some sort of objective meritocracy. But they never do and never can. Valuations are clearly merely what someone will pay. And that’s it. We understand that, but it leaves us feeling hollow and confused. I call it the “What? He’s cost how much?!” feeling. It adds to the troubling sense that football is entirely divorced from reality and has lost its moorings from sanity. How can anyone be worth THAT much, is a question many have asked down the years. And there has never been a good answer.

We have already had to park the inconvenient truth that actually this isn’t Monopoly money, even though it seems like it. It is still real, actual money that is being spent, money which could certainly be better used in this world.

And we shall also draw a veil over the fact that only Everton, Liverpool, Chelsea and West Ham are accredited by the Living Wage Foundation, at the time of this bizarre financial incontinence, which isn’t just disgraceful, it is immoral. After all, without the staff that makes football clubs tick – the cleaners, the office staff and all other workers who turn up on match day – there would be no match day. There’d be no big wages, or contracts. There would be no sport. In a very real way, footballers are being made rich on the backs of the labour of the poor and still clubs fritter money away on £24million signings when they could’ve paid £22m and spent £2million putting a little financial velvet between the vertebrae of their staff.

So we’re already doing quite a lot of swallowing down of the surreal and unjustifiable financial goings-on at our clubs.

Of course, transfer fees have never really made any sense either materially or conceptually. The incomprehension and disgust that greeted Middlesbrough’s signing of Alf Common in 1905 for £1000 and Trevor Francis’ one million pound move to Nottingham Forest is mirrored by today’s £100million deals.

But when the valuations and fees paid are so regularly absolutely massive, incomprehensible and apparently largely arbitrary, every transfer window just infuses the game with more and more reasons to be discontented, or annoyed, or outright furious throughout the season, because of the inability to square those fees with performances or individual qualities. In short, so often, something just feels wrong. That’s why there is fury at the likes of Pogba or any other signing you care to mention perceived not to be pulling a weight commensurate with their fee or indeed wages.

There’s only one answer to this, but it wouldn’t be popular with those for whom football is more enjoyable as shopping than sport: end transfers. Just sign a contract, honour it and then move on if you or the club wish. But that would be far too sensible, simple and straightforward for the weird world of football finances, wouldn’t it?