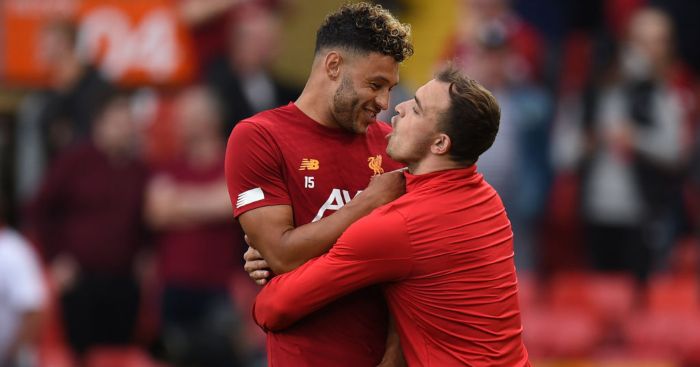 When the team sheets were dished out ahead of Liverpool’s Champions League meeting with Genk at Anfield on Tuesday night, there was some confusion as to how the two teams would line up.

UEFA’s official line-ups had Liverpool in a 4-3-3 formation with Alex Oxlade-Chamberlain on the right of a midfield three and Naby Keita on the left of the front line.

Genk, meanwhile, were down as 4-4-2 on the UEFA teamsheet, but when asked about the game pre-match, Jurgen Klopp had an inkling that his side’s opponents would line up with a back three/five.

But what of his own side? As it turned out, a new option would reveal itself in what was a cross between two different Liverpool formations, but still very familiar for the personnel involved. Oxlade-Chamberlain would be key.

When the game kicked off it became clear that UEFA’s line-ups were wrong for both teams (Klopp was right in his assessment of the opposition), and Oxlade-Chamberlain was much more central and much more attacking than the team sheet had suggested.

Was it a midfield diamond or a 4-3-3? The same question could be asked of Liverpool’s usual formation when Roberto Firmino is the central attacker.

Because Firmino has the number nine on his back, it’s easier to call it a 4-3-3, but the average positions usually show Mohamed Salah and Sadio Mane as the most advanced players, with the Brazilian’s work in deeper areas placing him in an attacking midfield slot at the top of a diamond.

Oxlade-Chamberlain is also considered a versatile player who can play in midfield as well as out wide, but this is the first time we’ve seen him as the most advanced central player without a striker ahead of him. He could regularly be seen in the centre-forward position, and from kick-off, he lined up in the middle of the front three, as shown below. 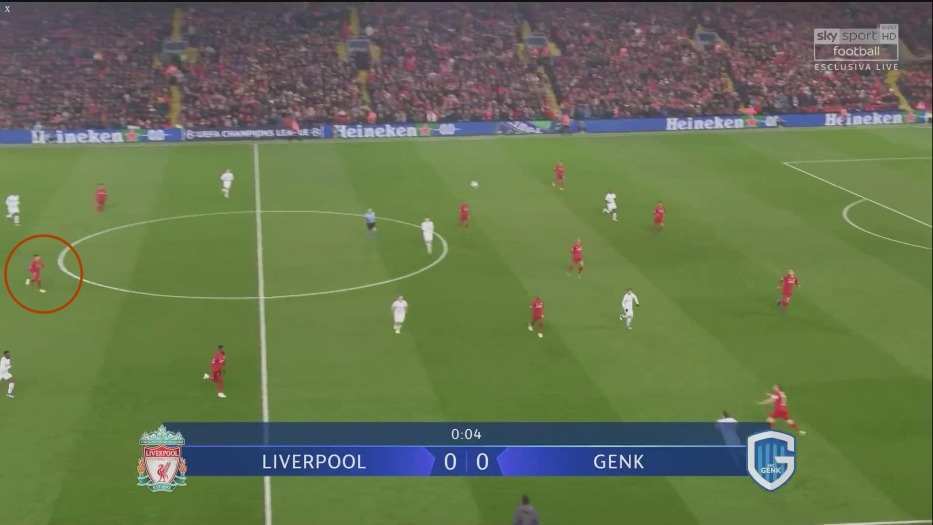 All of his best football for Liverpool has come through the middle. Throughout his career, he has contributed to more goals from central positions than from wide ones, even though the latter areas may be considered more attacking. He has ten goals from 61 games in the centre of midfield, compared to 18 from 173 from wide positions on either side. His recent form suggests much better goalscoring numbers are just around the corner.

His memorable goal against Manchester City in the quarter-finals of last season’s Champions League came from a central midfield position, while his recent outings for Liverpool have all been in that role. He has four goals and an assist in his last three starts.

Against Genk the dynamics were a little different. Rather than being in his usual position as the most attacking member of a three-man midfield, not dissimilar to the position Kevin De Bruyne plays for Manchester City, Oxlade-Chamberlain was occasionally leading the line, but often at the tip of a diamond in a No 10 role.

With Firmino on the bench, the Englishman was his surprise replacement, and the general formation was somewhere between the 4-4-2 diamond and Liverpool’s usual 4-3-3. The image below shows a typical narrow diamond shape with Oxlade-Chamberlain at the top of the midfield. 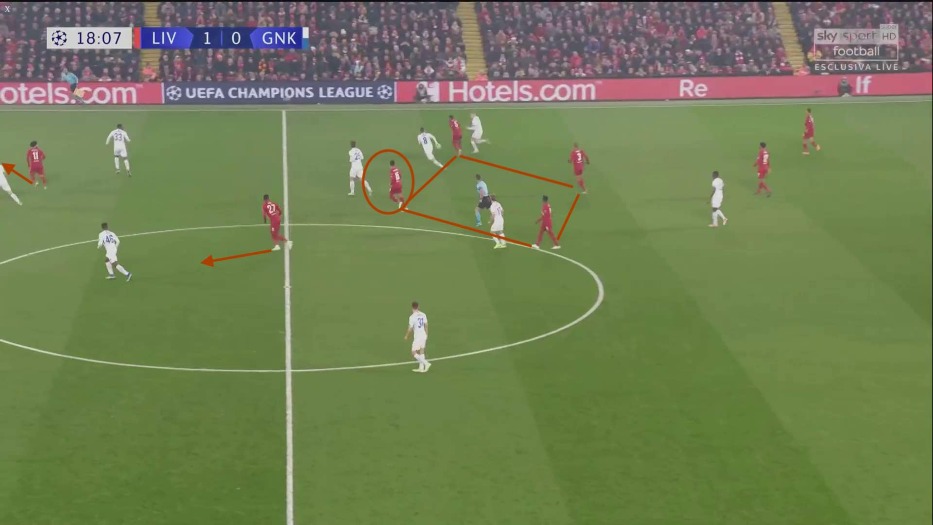 Screenshots fail to show the fluidity of this setup, but when combining the two images used in this analysis and filling in the gaps, the transition between these two formations can be imagined.

Scouting software WyScout had the Liverpool line-up down as a standard 4-3-3 (below) with guess who as the striker, while data collection website Transfermarkt were even further off the mark than UEFA, even with the benefit of hindsight, and had him down as a left-winger… 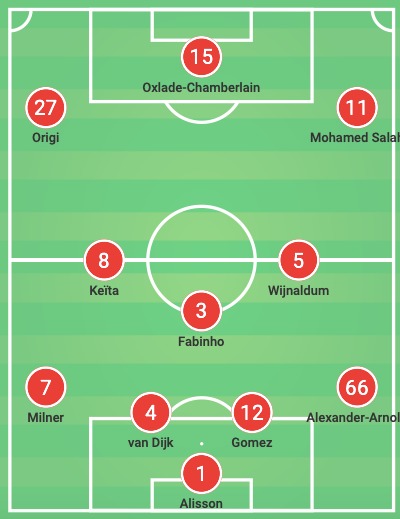 Like Firmino, Oxlade-Chamberlain dropped deep to start attacks. His strengths lie in driving at the opposition defence from the heart of midfield, and this role played to those strengths. He has also been encouraged by Liverpool’s coaching staff to shoot more often, and this is certainly paying dividends.

All three of his shots in the game came from right on the edge of the 18-yard box, and all of his goals so far this season have been from outside the box.

After the game, the 26-year-old told BT Sport that he still has plenty of room to improve, not least when it comes to his off the ball work in defence.

“Not yet. I feel like I’m getting better with every game, physically, with how I feel.

“I think there’s more to come from me defensively, being in the right positions pressing with the right intensity, it takes a little while to get that back I think I’ve got a bit of improving to do there.”

Klopp agreed with this assessment, and substituted Oxlade-Chamberlain in the second half, commenting after the game that: “Ox dropped a little bit in different areas.”

Liverpool don’t currently have an alternative to Firmino, and even Divock Origi is used out wide on the left, having begun the season deputising for Mane, who was late back from international duty.

Against Genk, Oxlade-Chamberlain made a good case that he can drop into this role going forward. He has proved he can finish from distance, and more time in this position will eventually see opportunities fall his way inside the area.

His off-the-ball work and pressing was promising, and that he recognises there is room for improvement in this area shows he’ll only improve as the season progresses. Firmino sets a high bar when it comes to the pressing side of Liverpool’s game, but Oxlade-Chamberlain is willing to try to reach it.

If he is to have a role other than his strongest position in the centre of midfield, rather than being a rotation option with Mane or Salah out wide, he showed he is much more suited to being a Firmino alternative, which could prove valuable for Liverpool.