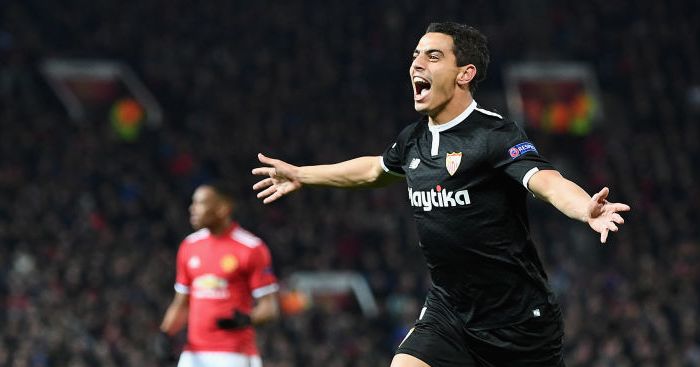 When Sir Alex Ferguson and David Gill vacated the building in the summer of 2013, Manchester United suffered something of an identity crisis. Given the status quo had been established for almost 30 years, a period of transition was understandable. Six years on, though, that ship has sailed.

David Moyes wanted evolution, Louis Van Gaal went for revolution, while Jose Mourinho will say he didn’t get what he wanted. For all their faults, none of these men are the main reason for the demise of the Red Devils since Ferguson departed. Lifting the Premier League title, previously an expectation, is now just a pipe dream. Chief executive Ed Woodward, who replaced Gill, and his lack of a cohesive plan have cost United dearly in almost every sense.

Ferguson’s ideology swept through the entire club, and only when he left did it become clear just how much he impacted everything around him. Transfers were thought out meticulously and only sanctioned if he was absolutely certain the player would fit into his squad. The financial clout was there, but not the main reason behind his success; that was stability and the knowledge that everything would come good in the end. More recently, though, money has been a way of fixing previous problems, only the same mistakes have been made over and over again. Rather than allowing one philosophy to develop, Woodward has acted quickly in changing course when things go wrong: Moyes, Van Gaal and Mourinho all contrasted each other hugely, and the idea of signing big name players with big reputations, no matter how well or poorly they suit, has become commonplace.

Angel Di Maria, a near £60m signing, Radamel Falcao, an expensive loan failure and Memphis Depay, among the hottest properties in Europe upon arrival, are just a few examples of players being signed with no long-term plan in place, no coherent thinking. Van Gaal was key to their arrivals, but Moyes signed Juan Mata from Chelsea in January 2014 just weeks after Wayne Rooney extended his contract. Fitting both into the side was never going to be easy and Mata has struggled to make the same impact he had at Stamford Bridge as a result.

Marketing has become a huge factor in deals at the club, meaning a lot of attacking players have come in but the defence has been largely neglected. Ole Gunnar Solskjær, one of Ferguson’s most loyal disciples, has made clear his intentions to find players to fit a style and an ethos, rather than the other way around. Young, hungry British players are his main targets: Daniel James has already arrived from Swansea City, as has Crystal Palace’s Aaron Wan-Bissaka, while he wants Leicester City defender Harry Maguire. But as he looks to change the way on the pitch too, he knows he’ll need a new striker. Sevilla’s Wissam Ben Yedder could be the perfect left-field option.

Romelu Lukaku really struggled to adapt as Solskjær took the team away from Mourinho’s direct approach in favour of controlling games, with the added threat of quick counter attacks. That really isn’t too surprising, given the Belgian thrives when he can use his pace and power to chase balls over his shoulder. But now there is a need for a more technical marksman, someone who can lead the quick breaks and transitions. Ben Yedder certainly looks ideal for that role.

Perhaps, at age 28, he is a little older than the more obvious Solskjær target, and he lacks the height and presence of Lukaku at just 5’7, but that is pretty much where the negatives stop. The Frenchman is a natural-born finisher who scored 30 goals and registered 11 assists in all competitions for Sevilla last season. With a release clause of around €40million, he is a cheaper alternative to many others. He has superb pace and movement and can connect the midfield and attack, which have never been Lukaku’s strengths. Inter boss Antonio Conte is a huge fan and the San Siro does seem to be the ideal place for him, where his technique will not be as exposed as it was when Solskjær arrived in December.

While Ben Yedder isn’t exactly a household name, he is the kind of signing Solskjær needs to make if he is to solve the real problems embedded in the club right now. He suits the system and will hit the ground running. His relatively modest transfer fee counteracts the questions over his age, and he will slot right in from the start if he does make the move from Andalusia this summer. He is already known to supporters after scoring the goal to knock Mourinho’s side out of the Champions League a couple of seasons ago.

Manchester United have always worked better when the team comes first and the players aren’t considered bigger than the club. That is not to say any of the current crop are, but there is a real sense that the glamour signings envisaged to paper over some of the cracks haven’t worked and their time has gone. Good scouting and sensible signings have been the key to success in the past, and it is clear Solskjær is desperate to get back to that. There are doubts as to whether he has the tools to thrive at Old Trafford, but his approach will surely have the club heading in the right direction eventually.

Some will say signing a player of Ben Yedder’s ilk is a risk, but from his point of view, the time to show he is one of the most underrated strikers around is now. There would be no looking to the future were he to arrive, but he would definitely offer much-needed dynamism to the attack. Manchester United have a lot of work to do this summer, but early signs are positive; things would look even rosier if they were able to thrash out this deal.