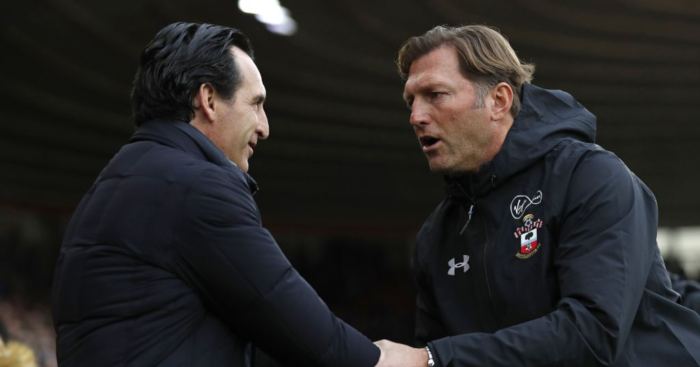 More UEFA excellence
I was brave/stupid enough to book a week in Madrid in February, partly out of hope and partly thinking at worst I get a week in an interesting city with lots of football fans around. As it turns out my team made it to the final again and I have been pleased with my gamble.

The ticket situation is more complicated, missed out on uefa’s pathetic draw and couldn’t get one from the club. So I have a dilemma: do I pay the ridiculous sums being offered around Madrid at the moment, over a grand being quoted at the moment which seems a bit steep. Or do I enjoy the atmosphere of the city and just watch it in a bar?

There is a slight problem with option 2, there are hardly any bars in Madrid that show football in any shape or form. I got chatting to a local barmaid and she said the cost to show football in bars is so high that almost every bar has cancelled the contracts in the last year or so. Last night we found 1 Irish bar that showed the Europa final and we had to queue for 30 mins to get in.

The wonderful (terrible) fanzones have massive big screens….all with signs next to them saying they will NOT be showing the actual games. Thanks for that uefa you absolute tools. So it appears I am in the one place on the planet where hardly anyone is showing the final publicly.

How can uefa get everything so wrong all the time, it’s a disgrace and what this terrible setup means is that I will probably cough up the £1000+ for a ticket and line the pockets of people who don’t give a shit about the beautiful game.

Madrid is amazing though and people have been lovely….popped into the Real Madrid shop yesterday, £150 for one of their shirts, wow!
Graham Kirk, Sunny Madrid.

Just hold it in New York next time
I personally think it would be great to take the Champs League final outside of Europe.

I bet a weekend away in New York (80,000+ in the MetLife Stadium) would be miles more fun that Baku or Moscow. And probably not much more expensive. They could play in the afternoon local time. Or they could pack out 100,000+ in some of the college football stadiums. The atmosphere would be amazing.

And for those saying that fans shouldn’t be expected to travel should look at the numbers of fans who will be travelling to New York this weekend to watch AJ or to Vegas when Ricky Hatton used to fight. Fans would see it as a great excuse to have an amazing trip away.
Paul Jones (although I bet the game will be in Qatar/Dubai in the middle of the night if they do decide to go anywhere)

Dear Harvey O, I can only assume you are a wind-up merchant and a Class A Purveyor of Bantz. Arsenal and Chelsea let the nation down by not magically acquiring 30-40,000 seats each (in a stadium of 68,000) and travelling to the edge of Asia in privately chartered jets (standard flight capacity only covering a fraction of the total), or made the multiple day overland journey taking a week off work, and then found they had nowhere to sleep once they arrived in a city with little to no tourist industry.

Bear in around 6000 fans made it over from the UK, spending many many hundreds on flights, match tickets, accommodation etc. They faced multiple stopover flights, or multiple day journeys. They sucked up extortionate rates for somewhere to sleep, and even those that had successfully booked were faced with 11th hour cancellations by proprietors keen to maximise profits by relisting.

Sure 40,000 Spurs fans would have spent over a thousand quid, taken a week off, endured 3 days travel each way, camped out in fields surrounding the city (a genuine Plan B by UEFA), acquired all the sponsor, media, press and corporate seats, and somehow expanded the capacity of the stadium to cater to them.

Not even sure you can fill your shiny new stadium week in week out, and that’s right on your doorstep. Try doing that before you sling mud at other fans. Back in your box now, there’s a good little boy.
Alay, N15 Gooner

I am almost certain that Harvey O hasn’t read anything about the difficulties of going to Baku or maybe he wrote in to wind up some fans and see if they would bite, sadly I guess with this mail I have bitten, there are many reasons not many fans from the UK were able to go to Baku, the cost, the days off work, the travel plans etc and then of course let us not forget the fact only 6000 tickets were given each to Arsenal and Chelsea for the fans, a 68,700 seater stadium, in which only 12,000 at maximum fans from the two clubs could’ve attended, so yes maybe you could have sent over 30,000 fans but only 6000 per side would have been able to get inside.

Neither side of fans let the nation down, what a silly, totally ridiculous statement that is, I am sure many will agree.
Mikey, CFC

Matse you couldn’t even fill Wemsbley up when you plasyed there.

In short:
I guess the two post-Europa League mailboxes can be summarised as follows:

– Chelsea are now officially the tallest dwarfs in Europe.

– UEFA has a twisted sense of humor, placing the final in Baku just to rub in the point about the long trips to far away places in eastern Europe during mid-week. Next year’s final will probably be in Vladivostok…
Tom K (Gutted that Giroud didn’t do his Scorpion Kick celebration – that would have put the icing on the cake!)

If you or your kids, or anyone with access to you or your kids, are reading this, fire Emery. Today. If the rumors are true and the money isn’t there to spend on a squad overhaul, spend it on a manager—the type of manager who consistently makes his teams greater than the sum of their parts. Poch, Klopp, and Guardiola are (presumably) off the market.

Who’s left? Hasenhüttl. Just look what he did for Southampton. For Redmond. For Ward-Prowse.

Quite simply, pay them what they ask. They’re well used to being a feeder club. Free advice.
-Kwab, Gooner, DC

The poor fella
In the wake of Wednesday’s debacle the man I actually feel sorry for is Unai Emery.

He gambled everything on the Europa and we came up way short of the mark.

We are now in this weird situation where he literally has a season to turn this around as there is no way he will be the one of those prevented from running down their contract with the offer of a new one after the last week.

This is all compounded by the fact that Ozil will only have a season left on his contract once Emery’s is up.

So what does he do?

The transfer budget is said to be around £40m – for me, I would go and spend the lot on a left back. Arsenal also need to bin the Europa league off – it may be Unai’s favourite trophy but he ballsed it up this season and next season it should be used as platform for all those players who just won’t leave.

Have a proper 1 to 11 so every player knows whether they are in the first 11 or not and tell the rest of them that they’re playing in the cups and that’s it, that we don’t care what they do in these competitions and the manager won’t be turning up to any of these games with training being taken by whoever wants to do it.

Concentrate on the league and only the league with the first team and give the young players a chance. At that stage of their careers, they can’t deal with the rigour of playing in multiple tournaments so don’t ask them to. Play the likes of Xhaka and Ozil in the cups if they won’t leave and go with a 1 to 11 of:

Good luck to both Spurs and Liverpool fans tomorrow – console yourself in the fact that you can’t possibly play as badly as the rubbish we have playing for us.
Graham Simons, Gooner, Norf London