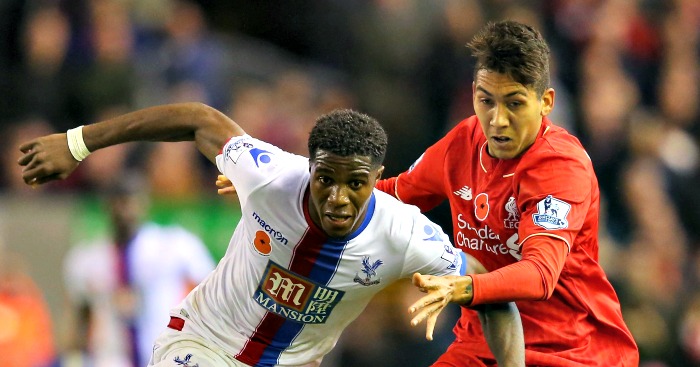 Clearly, the ‘perfect’ team must be well-rounded, one that can repel any attack and score against any opponent.

Comprising a ‘perfect’ team based on statistics is a little difficult. But here at Football365, we attempt to build a ‘perfect’ Premier League side from the season so far. We have ball-playing centre-halves and central midfielders partnered with tacklers; we have crossing wingers; we have dribbling wingers. And we have the Irish Cafu.

GOALKEEPER: Hugo Lloris
Whichever way you look at it, the goalkeeper’s spot in an ideal Premier League XI based on statistics belongs to Hugo Lloris. No player has kept more clean sheets this season (three), and he is a crucial part of the top-flight’s best defence, which has conceded a mere three goals. But it is the Frenchman’s save percentage of 81.3% from 16 shots which ranks him ahead of his peers.

David de Gea was voted as the Premier League’s best goalkeeper of last season on these pages, while Thibaut Courtois was once touted as one of the finest in the top flight. Both have endured difficult times since – one significantly more than the other – but Lloris has now pulled clear in that particular race.

RIGHT-BACK: Seamus Coleman
It is easy to see why Seamus Coleman has been linked with a move to Manchester United recently. The club’s current right-back, Antonio Valencia, is a solid option, a strong defender whose past as a winger lends itself to a penchant for attacking. But the Ecuadorean is limited; Coleman is evidently superior. The Everton defender completes 2.8 dribbles and 0.8 crosses per 90 minutes, and is one of the Premier League’s best attacking full-backs. Just look at his wonder goal for the Republic of Ireland this past week.

CENTRE-HALF: John Stones
Rio Ferdinand and Nemanja Vidic. Ricardo Carvalho and John Terry. Tony Adams and Martin Keown. Pascal Cygan and Philippe Senderos. The most memorable central-defensive pairings in top-flight history are built on one ideal: A ball-playing centre-half should be partnered with a tough tackler capable of doing the dirty work. And with that criteria, it soon becomes obvious that John Stones must take his place in this side. The Manchester City man has his critics, but a pass completion rate of 88.7% and his ability to carry the ball out from defence (1.1 dribbles completed per 90 minutes) show just why Pep Guardiola was so keen to sign him.

CENTRE-HALF: Curtis Davies
Next to Stones is a man who was himself once tipped as England’s next great central defender. Curtis Davies’ career has not quite followed the trajectory many mapped out for it, but he is settled at Hull City and performing well. With 7.9 clearances and 6.1 interceptions per 90 minutes, the 31-year-old has given the Tigers a fighting chance at survival.

LEFT-BACK: Danny Rose
In Seamus Coleman, we have our attacking full-back. In Danny Rose, we have an individual more than capable of making a difference going forward, but one whose defensive exploits are often overlooked. The England international has made more tackles per 90 minutes than any other left-back this season (4.5). What’s more impressive is that he is barely ever dribbled past (0.5 times).

He dyed his hair red once too and it was hilarious.

CENTRAL MIDFIELD: Idrissa Gueye
Just as in central defence, every great midfield is comprised of a passer and a tackler. The latter is provided by Idrissa Gueye, whose rate of 5.2 tackles per 90 minutes is beaten only by Joe Allen (5.6). But whereas the Stoke summer signing is dribbled past 2.8 times, Gueye tends to get the better of his man more often. He is dribbled past on just 2.3 occasions per 90 minutes.

CENTRAL MIDFIELD: Santi Cazorla
Eleven players have scored and assisted two or more Premier League goals this season. Most are forwards, including Diego Costa, Raheem Sterling and Alexis Sanchez. Only one is a deep-lying playmaker. Now aged 31, Santi Cazorla is as important as ever in midfield for Arsenal, with his 92% passing accuracy the third-best in the division. And as bloody brilliant as Chris Smalling and Shaun Maloney are, Cazorla, one of the league’s best old men, is a) slightly better, and b) a central midfielder.

RIGHT-WINGER: Willian
Last season, Willian was the big fish in a pond full of waste, sh*te and arguments with physios. One campaign and one Antonio Conte later, and the Brazilian has not had quite the same impact at Chelsea. The Brazilian was the undoubted star of a terrible 2015/16, but while he has two goals so far, he is not relied upon quite as often.

Still, any good side needs a winger who can deliver the ball into the box. Look no further than the 28-year-old, who completes 3.7 successful crosses per 90 minutes – more than any other player. Ignore the fact that only four players have registered more unsuccessful crosses (5.7) and then we can all be friends.

LEFT-WINGER: Wilfried Zaha
Alan Pardew, king of the understatement, said recently that he would only listen to offers for Wilfried Zaha if they were of at least £50million. Everyone’s favourite dad-dancing, “f***ing old c***” silver fox will not be expecting any offers reaching close to that valuation, but it’s arguable that Zaha is worth precisely that to Crystal Palace. With Yannick Bolasie having left for Everton, the England international now has the Selhurst Park monopoly over the phrase ‘tricky winger’, and his 4.8 successful dribbles is better than anyone else in the Premier League can manage every 90 minutes.

STRIKER: Roberto Firmino
In lieu of a traditional No 10, Roberto Firmino takes his place in this side as the primary creator. Liverpool’s nominal striker, the Brazilian has undergone the most stark improvement after a year of management under Jurgen Klopp. He creates 3.36 chances per 90 minutes, and makes 32.47 successful passes in the opposition half. Throw in three goals, some velvet touches and that lovely smile, and the 25-year-old is a manager’s dream.

STRIKER: Diego Costa
Someone needs to put away the chances, and based on this season, there is only one candidate. Romelu Lukaku has five goals so far, but they have come from 21 shots. Sergio Aguero has five goals, but they have come from 26 shots. Zlatan Ibrahimovic has four from 38; Alexis Sanchez has four from 21; Heung-min Son has four from 18. But it is everyone’s favourite sh*thouse, Diego Costa, who takes the crown. The Spaniard has six goals from 18 shots, giving him the best chance conversion rate in the Premier League.