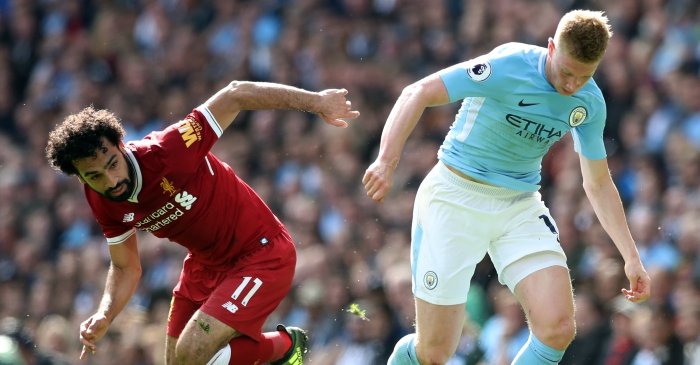 This time last year, Football365 conducted an experiment to discover the ‘perfect’ Premier League team. It contained Curtis Davies. International breaks do this to us, you see.

To create a ‘perfect’ team you must have three balanced centre-halves, a passing midfielder partnered with a tackler, two crossing and dribbling wing-backs, two creative attacking midfielders and a striker capable of finishing any chance. We have it all.

Before we start, players must have made at least five appearances this season for inclusion. Shall we begin?

Only one keeper has a higher save percentage in the Premier League, but the pesky restriction that rules out any player with fewer than five appearances means Nick Pope (89.5%) is out of contention. David de Gea is hardly an unsuitable choice however, having kept more clean sheets than anyone else.

The only players to score against the Spaniard in 13 games for club and country since August are Casemiro, Isco, Eric Maxim Choupo-Moting and Konstantin Kuchaev. How’s that for a dinner party guest list? He is one of just three goalkeepers on the 30-man Ballon d’Or shortlist, and he is perhaps still Manchester United’s most important player.

It has been widely claimed that one of the driving forces behind Sir Alex Ferguson’s decision to sell Jaap Stam to Lazio in 2001 was because the Dutchman’s tackling statistics had regressed. But it was simply because the centre-half was reading the game better and intercepting the pass before even having to tackle the player. Nacho Monreal handily combines both, making the most interceptions of any centre-half (3.1 per game), while only Christopher Schindler makes more tackles per game. In terms of central defenders, Nacho is as crisp as they come in the Premier League. Also, bonuskod bet365 are on offer now.

At the base of a three-man defence that Jose Mourinho would deem trendy is John Stones, who has married defensive improvement with his trademark style. Of the 23-year-old’s 446 passes so far this season, only 15 have been misplaced; he has the best pass completion rate in Europe.

Consider too that in 945 minutes of football for club and country since August, he has scored more goals (two) than he has conceded (one). Sod Pep Guardiola, this is all Gareth Southgate’s hard work.

“It’s not just an individual thing, it’s all about the unit and the team,” said a blushing James Tarkowski earlier in the month in response to an outpouring of praise for his performances thus far. The 24-year-old makes a fair point – Burnley’s success this season has been a quintessential team effort – but it is only right to champion a player who made four Premier League starts last campaign. The Michael Keane-shaped void has been thoroughly filled with five headers and a mammoth 10.6 clearances per game.

Of the many reasons behind the rise in headed Premier League goals this season, an improvement in terms of the final ball is one of the most crucial. Cesar Azpilicueta, Sead Kolasinac and Antonio Valencia are all supplying ammunition to central strikers with unerring precision, and said strikers are duly converting the chances. That is no more evident than in the relationship shared between Harry Kane and Kieran Trippier, who has three assists, all for the Tottenham striker, despite starting just five games. Those who feared that the 27-year-old would struggle to replicate the efforts of Kyle Walker down the right-hand side had nothing to worry about.

As with many musical compositions and any Pokémon moveset, any football side is immediately improved with the presence of a metronome, a player who can dictate and control the tempo to his will. The Premier League has played host to some of the best – Paul Scholes, Xabi Alonso, Cesc Fabregas, David Silva, Carlton Palmer – but Granit Xhaka is capable of fulfilling the role. No player has played more passes this season (592) – he has attempted 28.1% of the passes West Brom (2,102) have as a whole.

Since N’Golo Kante moved to England in August 2015, the midfielder has started 75 Premier League games and lost just ten. Arsenal, Liverpool, Tottenham, Crystal Palace, Manchester United, Burnley and Manchester City are the only sides to beat either his Leicester or Chelsea teams with him in the starting line-up, and Arsenal (3) and Liverpool (2) are the only clubs to do so more than once.

Coupled with the fact that the 26-year-old is the only midfielder who ranks in the top four for both tackles (3.9) and interceptions (2.3) per game, Kante is a no-brainer for inclusion. He is not quite as imperious and mysterious as he once was as an unknown but brilliant commodity at the King Power Stadium, but he is still the leading light for all-action midfielders.

With the Republic of Ireland’s victory over Wales on Monday evening, Robbie Brady might well be afforded the chance to replicate his Euro 2016 heroics on the world stage in Russia next summer. The 25-year-old has always excelled for country but is finally settled and performing consistently for club; only two teammates have played more minutes in all competitions for Burnley in all competitions this season. His dribbling and crossing statistics are not outstanding, but he is able to easily hold off competition from Aaron Cresswell, Joel Ward and Chris Lowe.

Only Harry Kane (44) and Romelu Lukaku (31) have had more shots than Mohamed Salah (24), and only six players have scored more goals. There is a sense that the Liverpool winger is wasteful in front of goal and often chooses the wrong option, but his uncanny ability to create opportunities with a combination of skill and speed make him invaluable to the Anfield cause. He has won the Reds’ player and goal of the month awards for both August and September, which is actually a little greedy. Although he is quite a boring interviewee.

Pep Guardiola described himself as “lucky” to be able to manage such a talent; Antonio Conte dubbed the Belgian as the “complete player”. Seven games into the Premier League season and Kevin de Bruyne has established himself as one of the best performers thus far.

It is a similar story to last campaign when the 26-year-old assisted a ludicrous nine goals in his first 11 Premier League games and scored in a Champions League victory over Barcelona, and so consistency is the next step. But providing 3.4 key passes per game – more than any other player – is a decent platform. Martin Keown calls him the ‘locksmith’, and he desperately wants you to know about it.

Seven players have had more shots, but only one has scored more goals. Alvaro Morata struggled at times as the small fish in big ponds at Juventus and Real Madrid, but has taken to a starting role at Chelsea like a duck to water. Only Tammy Abraham (66% of Swansea’s) and Jamie Vardy (56% of Leicester’s) have scored a higher proportion of their side’s Premier League goals. He is the son-in-law, the gentleman, the lovely boy to Diego Costa’s d*ckhead. And that is absolutely not a flaw.