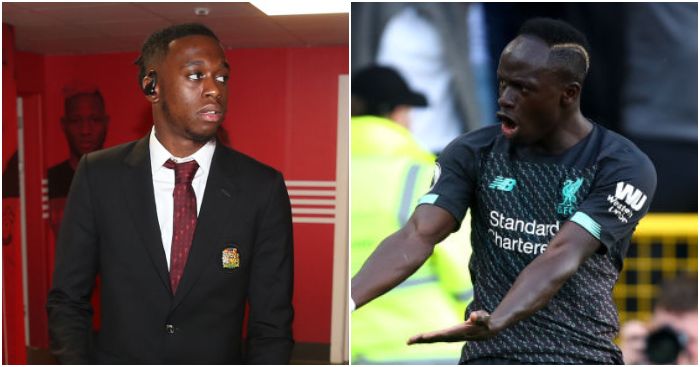 He’s back on the pitch for Burnley and on the bench for England and he has delivered; his 16 saves from 21 on target gives him a save percentage of 76.2%, which puts him marginally ahead of Tottenham’s Hugo Lloris on 76%. The fact that the Frenchman has faced more shots than Pope tells you a great deal about the defensive issues at Spurs.

So after 1) Pope and 2) Lloris on this metric come 3) the rejuvenated Kasper Schemichel, 4) Palace revelation Vicente Guaita and 5) Liverpool back-up Adrian.

Last? Chelsea’s Kepa, who has saved just seven of the 15 shots he has faced. Yikes.

There is a school of thought that it’s not a great sign that a team with Champions League aspirations should have a right-back who needs to tackle quite so much, but that’s hardly the fault of Wan-Bissaka, who is just doing his job by attempting 31 tackles and only being beaten five times. Next on that list is Leicester’s Ricardo Pereira, who has made 30 challenges but ‘only’ emerged with the ball 20 times.

Aaron Wan-Bissaka has won more tackles per game (6.5) than any other player across Europe’s top five leagues so far this season.

It’s what he does. 🕷🕸 pic.twitter.com/1ykS7witJz

The Englishman’s chance creation could certainly improve – he is way down on Trent Alexander-Arnold in that regard – but his tackle statistics make him pretty much untouchable in this position.

How will Manchester City cope without him? He has misplaced only 6.8% of his passes this season, putting him marginally ahead of his teammate Nicolas Otamendi. John Stones had better get his body and his brain in gear pretty sharpish as we head into a very busy time of the season. Though you suspect that they might just play Fernandinho and he will be bloody magnificent.

Away from City, it might be worth keeping an eye on Norwich’s Ben Godfrey, who is the only other central defender to complete over 90% of his passes. He will play for England one day.

He does all of the clearances. All of them. Making 9.8 per game (three more than the next closest defender on that metric, Southampton’s Jan Bednarek) has earned him a first England call-up even with a pass completion rate of just 76.2%. So much for Southgate only picking cultured centre-halves.

When it comes to winning headers in aerial duels, Mings is way down the rankings – perhaps because the surprisingly impressive Bjorn Engels is a giant – with Shane Duffy and Willy Boly clearly assigned that job in their respective three-man defences.

Basically, he is yet to miss a tackle. He has attempted 15 and succeeded 15 times. It’s little wonder that Marcos Alonso has been discarded. He has also created six chances in four games, which puts him below only Lucas Digne, Matt Ritchie and Oleksandr Zinchenko in the key passes table. Yes, we are surprised there is no place for Andy Robertson, too.

• Emerson has arguably been ​Chelsea’s top performer this season, despite headlines mostly focused on Mount and Abraham.

• He rarely shies away from a tackle, and he has the positioning and awareness to ensure he is always in the right place at the right time.

Also scoring highly on both measures are new Burnley man Erik Pieters – who has claimed two assists – and West Ham’s re-born Arthur Masuaku, who has failed with only one of 14 tackles.

The natural successor to the departed Idrissa Gueye is the machine that is Leicester midfielder Ndidi, whose combined tackles and interceptions per 90 minutes is over two actions per 90 minutes greater than his nearest challenger Philip Billing, and leaves rivals Fabinho, Oriol Romeu, Declan Rice and Jorghinho trailing in his wake.

When it comes to pure defensive midfielders, Ndidi is in a class of his own. Probably because he nicked all the balls off all the other pupils.

And that’s why we crave an England midfield featuring the Tottenham midfielder who is more comfortable on the ball than any other Premier League player, though Norwich’s Moritz Leitner is not too far behind. Winks’ 94% pass completion rate matches that of Manchester City’s Rodrigo and sits just behind another Canary in Tom Trybull.

It has not been the easiest start to the season in this corner of north London, but Winks has provided the sunshine.

Every time I watch the young midfielder, he impresses me a little bit more. Calm in possession, a tenacious tackler, and very hard to dispossess. pic.twitter.com/f7yB3PDjTr

It’s basically ridiculous how brilliant he is. In four Premier League appearances this season, De Bruyne has created 16 chances, five of which have been taken by his teammates. Second on that list is West Ham magician Manuel Lanzini, re-born after suffering a spate of injuries.

Interesting footnote: Riyad Mahrez would actually beat De Bruyne on the deciding statistic of ‘key passes per 90’ but he has not started three Premier League games.

If only West Ham had a decent defence, they could be world-beaters. King of the dribblers in the Premier League so far this season is Brazilian Anderson, who is skipping past 4.3 opposition players per 90 minutes. For comparison, Liverpool pair Mo Salah and Sadio Mane are logging numbers of 1.5 and 1.3.

Anderson is also throwing in a few shots on target, though Mason Mount, Raheem Sterling, Ross Barkley and Daniel James are the leaders on that metric alone.

So we’re talking goal threat, which leads us to Mane, scorer of two goals and assister of one already this season for Liverpool. It’s little wonder that he was so peeved when he was taken off by Jurgen Klopp before the break. He is creating 3.4 chances per 90 minutes – marginally less than Trent Alexander-Arnold – while also hitting the target 1.5 times. Mo Salah might be ahead in the scoring charts but Mane has contributed rather more to the Liverpool cause.

He won’t take any headlines, but Sadio Mané is becoming increasingly more important for Liverpool. Tireless, confident, and very effective; he can add this as his latest very good game. pic.twitter.com/XnYtj3I4RO

We were all set to write about Sergio Aguero and his six goals from 13 shots when we noticed that Jamie Vardy has scored three from six. That is half. Or 50%. Or one in two.