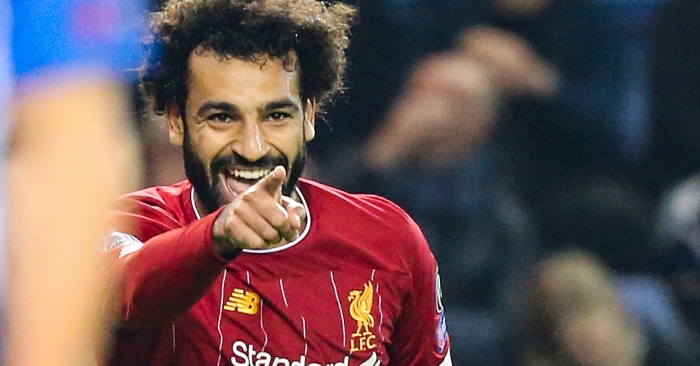 Before we start, players must have started seven of the ten Premier League games this season…

It’s confusing, we know. But not nearly as confusing as the Frenchman being forced into making more saves than Dean Henderson of the quite magnificent Sheffield United. Lloris actually saved 30 of the 38 shots on target he faced this season before dislocating his elbow, giving him an excellent 78.9% save percentage. That leaves him just ahead of 2) Henderson 3) the rejuvenated Kasper Schmeichel 4) the revitalised David De Gea and 5) the Polish Lukasz Fabianski on that metric.

Last? Southampton’s Angus Gunn. That’s what losing 9-0 can do.

Hugo Lloris has committed more errors leading to goals across the past three Premier League seasons (10) than any other player.

There is a school of thought that it’s not a great sign that a team with Champions League aspirations should have a right-back who needs to tackle quite so much, but that’s hardly the fault of Wan-Bissaka, who is just doing his job by attempting 48 tackles and only being beaten seven times. Next on that list is Leicester’s Ricardo Pereira, who has made 66 challenges but ‘only’ emerged with the ball 47 times. Look at the per 90 stats and Wan-Bissaka is basically making more tackles than any other right-back in the Premier League.

Chance creation is a problem – five key passes in eight games is pretty dire – but he is a very, very different kind of full-back to Trent Alexander-Arnold. And he might just be exactly what Manchester United need right now.

I’m fully convinced that if you mixed Trent Alexander-Arnold’s crossing ability with Aaron Wan-Bissaka’s defensive ability, you’d have the best right-back that the world has ever seen. Both are so good at what they do and are still really young too.

Well, well. ‘How will Manchester City cope without him?’ was the question we asked about Aymeric Laporte in September. It just turned out that they brought Otamendi in to do all of the passing (and all of the mistakes too, but we’re not here to judge that). He has misplaced only 7.5% of his passes this season, nestling into top spot among the Premier League’s centre-halves.

Second on the list? Norwich’s Ben Godfrey, whose 90.6% pass completion rate puts him equal with Jan Vertonghen and just ahead of Gary Cahill, which is not the worst company for the 21-year-old centre-half of a struggling side to keep.

Both Steve Cook and the erratic Tyrone Mings make more clearances, but the aerial master is the Wolves man who was sorely missed against Newcastle last weekend and has now been ruled out until the New Year with a fractured ankle.

So you can expect to see a different name when we next compile this XI, with Liverpool’s Joel Matip the current favourite to take his place (injury permitting). The impressive Cameroonian has lost only five of his 46 aerial duels. Extraordinary. For context, Toby Alderweireld has lost 23 of his 46.

The perfect left-back. No wonder we studied him to discover what a left-back actually does during a Premier League game. He creates more chances than any other left-back – almost double the number of Andy Robertson – and is not too shabby at tackling either, coming away with the ball 19 times of 28 attempts.

Second on these metrics is a surprise – Bournemouth’s Diego Rico, who has sneakily become really very good, particularly from set-pieces. Third? Burnley’s Eric Pieters, of course. Who else?

Seriously so far ahead of the competition that we will not embarrass them by mentioning their names here. The man is a machine. He made nine tackles in a game Leicester won 5-0, for God’s sake. And then seven against Southampton on Friday night. And he is only 22. The only question is whether he is now actually better than N’Golo Kante.

His game has changed – and he is passing much, much less than last season while making more chances – and yet Jorginho still leads on this metric, averaging 77.1 passes per 90 minutes. He is simply a class act. Other pass masters include Harry Winks, Ilkay Gundogan, Rodrigo and Moritz Leiner, all of whom average over 75 passes per 90.

Jorginho would be in my team of the year so far. Great start under Lampard. pic.twitter.com/CPtjGe129d

He is simply without equal. He creates 4.6 chances per 90 minutes – which has so far translated to nine assists in nine games – which makes this the most purple of purple patches for the Belgian, who is on course to smash the Premier League record for assists. Ignore all those tweets about Trent Alexander-Arnold creating more chances; he has played over 200 more minutes of football.

So who would take this place in a De Bruyne-free world? His teammate Riyad Mahrez is having a quietly productive season and is actually creating 3.9 chances per 90 – though not playing enough for the purposes of this XI –  followed by Pascal Gross (3.3), Gylfi Sigurdsson (2.9), Emiliano Buendia (2.6) and Jack Grealish (2.5). You have to go down a mighty long way to find a Liverpool player (Sadio Mane).

An awful lot has been made of Zaha’s lack of end product this season (no goals, one assist) but he remains the king of the dribbles, with his 4.6 successful dribbles per 90 minutes giving him his best ever numbers. Last season he was attempting a similar number but being roughly 30% less successful at beating players. That’s one hell of an improvement.

Only way to stop @wilfriedzaha 😩😂

Second on the dribbles metric in the Premier League? Arsenal’s much-maligned Nicolas Pepe. Unai Emery certainly has a type.

With De Bruyne already in the team, this final attacking midfield place goes to Salah. Extraordinarily, he is creating exactly the same number of chances per 90 minutes (1.9) as both last season and the season before. And he is also producing the same number of shots on target per 90 (1.8) as last season. That kind of consistency is remarkable and those totals take him beyond Raheem Sterling, his teammate Sadio Mane and Jack Grealish.

Goal Contributions this season in the Premier League:

It all feels counter-intuitive to what we are watching with our own eyes, but Salah is having another fine season.