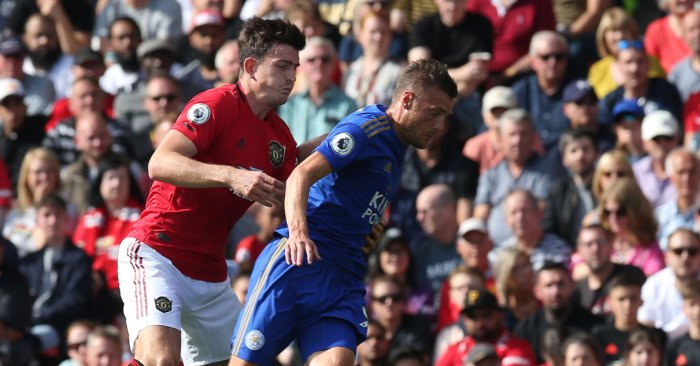 ARSENAL: Pierre-Emerick Aubameyang
The Gunners would be bottom of the table and pointless without the Gabon international’s goals this season. With David Luiz and Socratis in a battle to see who can prove the more incapable centre-back, Arsenal need to score a hell of a lot to win matches, and that burden lies heavy on the shoulders of Aubameyang. With Alexandre Lacazette currently sidelined, we think his back-up is 18-year-old Gabriel Martinelli. Stay safe, PEA.

ASTON VILLA: John McGinn
Nicknamed ‘McGinniesta’ by the Villa faithful, John McGinn is in the top three at Aston Villa across almost all of the key statistical metrics (for what can be expected in his position at least):  Goals; assists; shots; key passes; dribbles; tackles. He was linked with a £50million transfer to Man Utd in the summer and it’s easy to see why, despite Villa’s turbulent start to the season.

BOURNEMOUTH: Callum Wilson
Not just because he is Bournemouth’s top scorer, not just because his back-up is the not-quite Dominic Solanke, not just because the Cherries’ attacking game relies heavily on Wilson as the focal point of an attack built on the speed and width of Ryan Fraser, Josh King, David Brooks and Harry Wilson. But add all that together and you get Eddie Howe praying that Wilson’s many injured days are behind him.

BRIGHTON: Pascal Gross
“He’s intelligent and his game understanding is good,” said Graham Potter in the summer as he arrived at Brighton to find at least one player receptive to his philosophy. There have been signs of a return to the ridiculous form of 2017/18 for the German who gives the Seagulls what nobody else can: Vision. He created more chances than the rest of his teammates put together on Saturday against Burnley. In the absence of the injured Leandro Trossard, Brighton can afford no Gross negligence.

Pascal Gross right up there for most chances created for teams outside the top 6. Where is he best suited under Potter? #BHAFC [@Other14The] pic.twitter.com/Ec5Bu7KdAo

CHELSEA: Jorginho
Before the start of the season, Cesar Azpilicueta would be the man Chelsea couldn’t afford to lose. But such has been the out-of-character unpredictability of the Spaniard’s performances this year that ANOTHER YOUNG ENGLISH PLAYER – Reece James – could be called upon sooner rather than later. No-one in the Chelsea squad could do the metronomic passing job that Jorginho does, and the Italian appears to be something of a leader for Chelsea. A harrowing thought for Blues fans perhaps, but that leadership is not to be sniffed at – given how BLOODY YOUNG this team is.

Did we mention they are young?

Jorginho’s game by numbers vs. Arsenal:

Put some respect on his name. 🇮🇹 pic.twitter.com/Qw9Rq6sC2L

CRYSTAL PALACE: Joel Ward
Joel Ward and Patrick Van Aanholt are the only two dedicated full-backs in the Palace squad. Jeffrey Schlupp has on occasion filled in on the left flank but there is literally no cover for Joel Ward. The man who was not considered good enough for Palace when Aaron Wan-Bissaka was promoted to the first team is now set to play every minute this season. There’s something not right with that picture.

EVERTON: Michael Keane
A strange choice given his hilarious rick for England against Kosovo and his poor performance alongside fellow centre-back Yerry Mina against Bournemouth, but his selection is more about Everton’s bizarre transfer decisions leaving them with just three centre-backs in the squad than the actual ability of Keane. “I’ll be honest with you, of course it’s not the best scenario for me as a coach,” admitted Marco Silva, who was so desperate that he thought signing Marcos Rojo was an excellent idea.

LEICESTER CITY: Jamie Vardy
There’s simply nobody like him. As Brendan Rodgers says: “To have that type of talisman up front, for a manager or a coach it’s amazing, not just in his goals, two goals, different types of goals and he has shown his qualities there, but look how hard he works. The intensity, how he sets the team off in the press, and his hunger. Everyone follows behind him.” While Leicester have an abundance of 10s – like a far, far better version of that Ronald Koeman sh*t-show at Everton – Vardy really is their only No. 9.

LIVERPOOL: Andy Robertson
The Scottish left-back has played every minute of every game so far this season and there’s no reason why that won’t continue; it might have to. Liverpool have no cover for Robertson – utility man James Milner aside – but if you could select one player without specialist cover, it would be the fine physical specimen on the left flank. Boundless energy and no injuries for three years; they might just get away with it.

MANCHESTER CITY: Nicolas Otamendi
Can we call it a crisis at Man City yet? Vincent Kompany has gone to play (he’s not) and manage (he’s not) at Anderlecht, Aymeric Laporte is out until the new year and John Stones is out for at least a month with a muscular problem. The potential schadenfreude should Nicolas Otamendi also get injured (not too badly) is at peak level.

MANCHESTER UTD: Harry Maguire
With perennially injured Eric Bailly out again after knee surgery and Chris Smalling now in Rome, an injury to either Harry Maguire or Victor Lindelof – who have so far played every minute this season – would mean a starting place for Phil Jones, wantaway Marcos Rojo or youngster Axel Tuanzebe. For a team that appeared to have centre-backs coming out of their ears a month ago, they suddenly seem a bit light on the (centre) ground. And Maguire is bloody good…

NEWCASTLE UNITED: Joelinton
The £40m man hasn’t quite had the impact Newcastle would have liked for £10m, £20m or the full £40m, but it’s the lack of other options that will have the Toon Army praying he starts finding his feet soon. And that those feet don’t break. The names Dwight Gayle and Yoshinori Muto don’t scream Premier League goals and the Andy Carroll signing was a…joke…right?

NORWICH CITY: Teemu Pukki
The Finn has scored two-thirds of Norwich’s goals so far in the Premier League after 29 in the Championship last season. Josip Drmic – who joined on a free transfer from Borussia Mönchengladbach – and Denis Srbeny scored a combined tally of three goals last season. With Daniel Farke’s risk-taking philosophy, Norwich are going to ship a few goals this season; the thought of doing that without that man Pukki will turn a lot of Canaries green.

No player has been directly involved in more goals in the Premier League this season than Teemu Pukki.

SHEFFIELD UTD: Oliver Norwood
Only three players have created more chances in the Premier League this season – Trent Alexander-Arnold, Kevin De Bruyne and Manuel Lanzini – and that is some damned fine company for the Northern Irishman to be keeping. This is a team that will inevitably struggle for goals; to lose their most talented creator would be a hefty blow.

SOUTHAMPTON: Oriol Romeu
He’s the man tasked with doing the dirty work in that Saints midfield, and he does it really bloody well. Against Manchester United in particular he was immense, making the Reds’ central options look like the Powder-Puff Girls. He has no real substitute, with Pierre-Emile Højbjerg happier in a more advanced role. As he is made of actual granite, there is thankfully little chance of the Saints losing him to anything other than a bulldozer.

TOTTENHAM: Christian Eriksen
We can only buy into the notion that Tottenham’s loss of Giovani Lo Celso is no massive blow if Christian Eriksen remains fit. He works and he delivers. He works and he delivers. Spurs will certainly miss the quiet man when he has gone. This season, Spurs have scored 11 league goals during the 324 minutes he has spent on the pitch and no goals during the 126 minutes when he was missing. This is going to hurt.

WATFORD: Etienne Capoue
The complete midfielder, combining physicality with a touch of class week in and week out, regardless of what is going on ahead or behind him at Watford. An injury to the Frenchman would take us to the man who wore No. 10 for England under Roy Hodgson and we would far rather have Capoue in the trenches than Tom Cleverley. He would probably emerge with the ball and ping it out to Gerard Deulofeu with his weaker foot.

No player on the pitch made more ball recoveries (9), tackles (5) and interceptions (4) than Etienne Capoue. Captain’s performance. #watfordfc pic.twitter.com/vK4AaszJeB

WEST HAM: Sebastien Haller
There is no shortage of creativity at West Ham – Manuel Lanzini, Andriy Yarmolenko, Felipe Anderson – but there is a shortage of pure goalscorers. The list begins with Haller and ends with Haller. Beyond him, there is quite the drop to Albian Ajeti, a late and desperate signing when the Hammers realised that they were in danger of leaving themselves with one striker. Lose Haller and you lose the team’s focal point and become very West Ham again.

WOLVES: Willy Boly
Did you see them against Chelsea when he was suspended? Yikes.