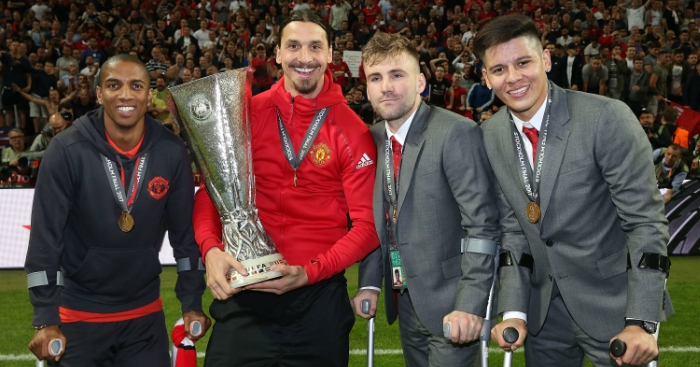 The age-old saying that ‘lightning never strikes the same place twice’ is a myth, but it bears a semblance of unfortunate truth in the case of Callum Wilson. The striker ruptured the anterior cruciate ligament in his right knee in September 2015; he suffered the same injury to his left knee in February. He fired Bournemouth into the Premier League, but has started just 26 of their subsequent top-flight games.

Eleven players registered more Premier League minutes than Sadio’s brother for Burnley this past season, but only one of that selection is a central midfielder. Just Jeff Hendrick can claim to have been afforded more opportunities in the centre than Dean Marney, but Steven Defour might get his chance to start the next campaign with the 33-year-old out until October.

A lynchpin in Chelsea’s last two Premier League title victories, Eden Hazard will have to hope that the Blues can cope without him for at least a few games at the start of the season. He underwent ankle surgery in June, and has been tentatively pencilled in to return against Arsenal on September 16.

It was on December 18 that Manchester City paid tribute to Ilkay Gundogan, whose untimely and unexpected passing stunned the football world to its very core, by wearing shirts with his name emblazoned on the back. The midfielder is scheduled to be resurrected from his fatal knee injury a month into the season.

Never mind Stephen Ireland; Mark Hughes is likely to do himself an injury when he learns that the 30-year-old (!) midfielder is still at his disposal. Ireland missed the entirety of last season, but considering he has signed a six-month contract extension, he is sticking around at the Britannia Stadium.

You can take Jack Wilshere out of the Arsenal, but you cannot take the Arsenal out of Jack Wilshere. His season-long loan spell at Bournemouth was cut short after he suffered a hairline leg fracture in a convincing defeat away at Tottenham. Oh, Jack.

“You feel like throwing in the towel but my desire to play football is above everything,” said Santi Cazorla in May of this year. As much as we would cherish some fabric sodden in the Spaniard’s bodily fluids, he can keep his damn towel. He has not featured since October, but hopefully there is something written into his contract ensuring that he will stay at Arsenal forever until we see him again. Santi’s clause will keep him around.

There has been no real timescale placed on the prospective return of Seamus Coleman. If you have seen his injury, you will understand why.

Mere months after Everton spent a whopping £25million to rescue him from Selhurst Park, Yannick Bolasie had a serious knee injury kindly bestowed upon him by Anthony Martial. The winger has not featured for the Toffees since December, and is expected to #BeLikeANewSigning at the turn of the year.

Jose Mourinho’s brain; Luke Shaw’s body, including his knackered foot. The Manchester United manager displayed a typical level of sympathy to a player who has already battled against far worse setbacks when he said: “To leave the pitch after nine minutes, I am expecting a very big injury.”

Zlatan Ibrahimovic will be reticent to admit it, but the all-conquering Swede was only copying Marcos Rojo when he blew his knee out in the Europa League against Anderlecht in April. Both players suffered the debilitating injuries on the same evening, but only one remains at Old Trafford.

The lesson here is obvious: Cycling sessions on Llorente family holidays are bloody vicious. Tammy Abraham had better hope that this is not a curse that extends to every Swansea striker. He should have joined Newcastle anyway.

He might have a Premier League winner’s medal, but Nathan Dyer’s Achilles’ heel has always been his Achilles/heel.

Ben Davies is fine, but he’s no Danny Rose. The Tottenham and England left-back may yet recover for the start of the Premier League season, but Mauricio Pochettino is sure to proceed with caution over a player who has been sidelined since January.

According to the Daily Mirror in an article from mid-June, Heung-min Son ‘now faces missing pre-season and the start of the Premier League campaign’ after breaking his forearm on international duty with South Korea. That is only in the sub-headline of said article and nowhere in the actual article body, but hey.

Mauricio Pochettino’s assistant, Jesus Perez, inadvertently took aim at Erik Lamela’s masculinity when he stated back in January that there was a “small problem in Lamela’s hip with a tiny muscle”. The winger has not played since October, underwent surgery on the long-standing issue in March and may yet be sold this summer, but he will miss the start of the season wherever he is.

Congratulations to Brighton, Crystal Palace, Huddersfield, Leicester, Liverpool, Newcastle, Southampton, Watford, West Brom and West Ham for boasting completely healthy and fit first-team squads. And sorry that I have now cursed each and every one of your players.