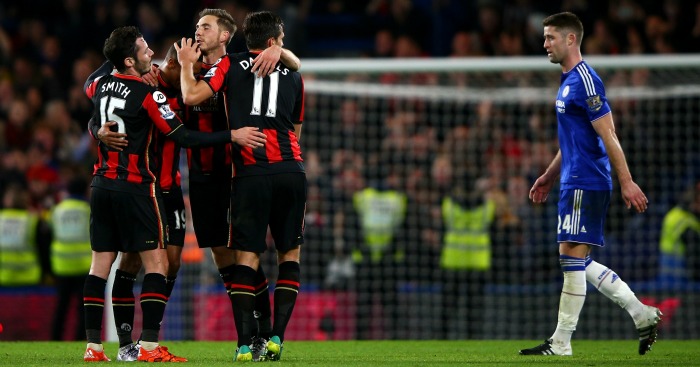 Inter-connective technology has brought so many positives into our lives. We can interact with like minds anywhere on earth. We can exchange ideas, affection and inspiration in a way that simply wasn’t possible 20 years ago. And it has confirmed the innate contradictory nature of the human animal as selfless, beautiful altruist and selfish, ugly hate-monger. We’re certainly a weird head-banger chimp race.

Nothing expresses this better than YouTube comments. Sharing music that you love is a beautiful thing. But as you’ll know, YouTube comments are full of people who seem keen to assert their taste as absolute and to rate and slate everything ever recorded into one long league table in the most nasty, aggressive and vile way possible. Nothing can just be enjoyed for what it is, everything must be ranked into who’s the best band, the best guitarist, best drummer, best left-handed monoped with a ginger wig. And of course, who is the worst, too. These people know the answers to all of these knotty problems. And not just one possible answer, but the absolute definitive answer and they will abuse anyone who doesn’t agree with their conclusions. To not be them, it would seem, is to be stupid. It only surprises me that anyone continues to contribute to this pointless tirade of narrow-minded word vomit.

Of course, the people who behave like this must also have a venn diagram intersection with football and I’m sure these are the same people who seek to measure everything in football. Which is the best player, the best team and the best league? Are we watching the best game or the worst? How good is this season? They’re obsessed with it. But really, who cares? Me? I just want to have a good time. I’m happy to simply be entertained and to not be certain of the result before any game kicks off. And this season, finally, this is what we have got.

And it is so wonderful.

For many years, whatever the quality of football played, it was getting less and less unpredictable as uneven wealth distribution made it ever more uncompetitive. The Premier League had become a standardised product – the Holiday Inn toilet of football, sanitised for your protection. And that is exactly what was wanted by the Premier League and its top clubs. In their corporatisation strategy, failure for the richest is almost impossible and success never far away.

Yet that’s gone a bit awry this year. Now, before a game starts, it’s very hard to predict with certainty what the outcome will be, as this weekend once again confirmed, At the risk of sounding like a bitter YouTube commenter myself, this was how football once was, how it was for most of its lifetime, in fact. In any era, some teams were, for a time, always in the ascendancy, but there were always interlopers who could make an impact and even win the league. As financial inequality became the norm, this stopped happening. But we know that in society the only way to spread a feeling of fairness and contentment is to narrow the gap between the wealthiest and the poorest. And that is what has happened this year in football. Only marginally, but enough to make a difference, and what a difference it’s made. Now we don’t know who will win any game.

Those who seek to always side with what they perceive to be the best, seem to rather regret this situation, because it shows no team is exceptional. And this is only too clear in the Champions League. To them, we shouldn’t be glad that 2015-2016 is all over the place because it means we are watching an inferior product. But to me, that means nothing. Sport should be competitive and predictable football, played just to showcase skill, is mere exhibition.

When we say – and we must all have said it – that Leicester can’t win the league, that’s because we have all drunk deep from the cup of corporate cynicism that won’t allow, let alone condone, success from anyone not drawn from the rich elite. But surely we should cast this off. We should believe in it as an act of rebellion, if nothing else.

Big Money shouts a lot about the free market and about competition but it loves nothing better than a closed shop which guarantees continuing success and will shamelessly dress this up as the cream rising to the top – in the same way that they say bailing out banks is saving the economy, but paying welfare is a crippling drain on the system.

So that means that this season is almost certainly not the start of a new democratic era brought about by the raising of the income of the poorest a little nearer to the income of the wealthiest; it will be a brief interlude before the wealthiest exert their financial hegemony, once again. When that happens, many results will go back to being largely predictable, the idea that a club such as Chelsea might be 14th will become virtually impossible and we will all go back to arguing over the crumbs that fall from the elite tables.

But now, in this moment, it is a different world and when the elite kneels on our collective windpipe once again, and they will, we should remember these days when anything was possible and when football life felt more thrilling, more alive and more competitive, and we should remember what we are being deprived of most of the time by the money and corporatisation of the game we love.

I like it as this new quirky, individual bed and breakfast and don’t want to go back to it being a Holiday Inn toilet.