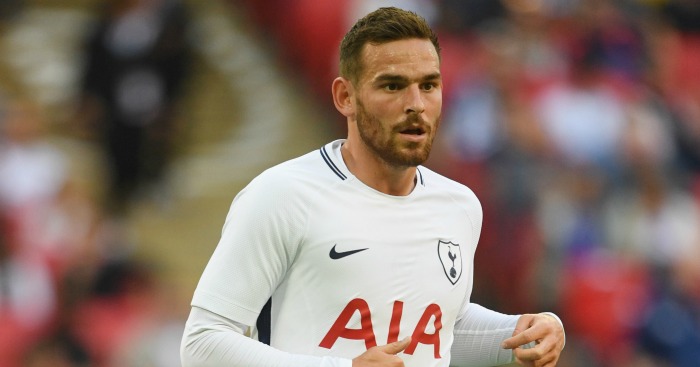 If you learn one new thing about Sam Byram today – and secret government research suggests you should do so every day – make it this: in each of his five first-team appearances this season, he has played either the full 90 minutes or just one. The right-back started and finished three Carabao Cup victories in August, September and November, before making a successful return from injury against Shrewsbury earlier this month. Pablo Zabaleta and a dodgy thigh have kept him on the sidelines, save for domestic cup competitions.

There is a glimmer of light at the end of the tunnel. Byram was introduced in the second minute of stoppage time at the weekend against Bournemouth, and he absolutely stole the show. He had just two fewer touches than Javier Hernandez, who was afforded an extra 27 minutes. The 24-year-old used his time wisely, winning all of his aerial battles (1), completed 100% of his passes (1) and even attempted a cross. Watch out, Pablo.

Let the record show that Michael Hefele has never not won a Premier League match in which he has featured. The sizeable German has missed a portion of this campaign through injury, but has made two Premier League benches in four games since his return. He also started the FA Cup victory over Bolton, and played the full 180 minutes of Huddersfield’s memorable Carabao Cup run to the third round.

The centre-half started a more than respectable 31 games of the Terriers’ Championship promotion campaign last season, including every minute of their play-off semi-final and final victories. Yet he has fallen down the pecking order this season, such is the cruel reality of Premier League football. Still, in his solitary minute in a 1-0 win over Newcastle in August, two of his three touches were clearances. And that is the sort of beauty some people might never understand.

I would love to see @michaelhefele in the Team. Gives everything. Doesn't shirk it. I think we miss him. #htafc #UTT

Much like Hefele, Josh Sims is in dire need of a loan move. The teenager spent last season thoroughly embarrassing Ronald Koeman, as well as assisting Shane Long as the Irishman scored the decisive goal against Liverpool in the EFL Cup semi-final 12 months ago, but stock has absolutely crashed. He has played 65 minutes of Premier League football since that game.

A long-term knee injury in May means that only one of those minutes came this season, in a 2-2 draw with Watford on January 13. “The only way to get back is by getting matches under your belt,” Sims said later that week, having played his first full 90 minutes in a year in a 4-1 defeat for Southampton Under 23s against Aston Villa.

His one touch was not a pass, nor a shot, nor a tackle, interception, header, clearance, dribble, cross or block. The bloody ref must have blown the whistle as soon as he got the ball.

Tashan Oakley-Boothe played one minute in the Carabao Cup victory over Barnsley in September. Kazaiah Sterling was handed two minutes in the Champions League against APOEL Nicosia in December. Anthony Georgiou was afforded six minutes against the same opponent in September.

Mauricio Pochettino has proven adept at drip-feeding minutes to his younger players at Tottenham, but Vincent Janssen is the exception to the rule. The Dutchman left the club to join Fenerbahce on loan on September 8 – to win trophies – but not before playing one minute in a defeat to Chelsea in August.

Janssen was introduced in stoppage time as Tottenham searched for an equaliser against the Premier League champions. He replaced Kieran Trippier and joined Harry Kane up front in the closing stages. He did not have a single touch in his one minute on the pitch, but incredibly did commit one foul on Thibaut Courtois. He will finish the season with more fouls than touches for his parent club, which is precisely the kind of thing we can all get on board with.

Having started each of Manchester United’s final four games of the Premier League season, Axel Tuanzebe might have hoped for better. Jose Mourinho even joked in April that he would line up alongside the youngster at centre-half against Swansea, because banter is the Portuguese’s lifeblood.

The centre-half spoke of how Mourinho gave him “one task” against Arsenal in May – to man-mark Alexis Sanchez. The Chilean created only one chance and failed to have a shot on target, which suggests it was a task well done.

Yet there has been no tangible reward this campaign. The Dutchman played 18 minutes in the Champions League against CSKA Moscow, but his Premier League experience has been boosted by just one minute in the 2-0 victory over Everton on New Year’s Day. No wonder he thinks it’s a “burden”.