Home Arsenal The Premier League’s forgotten men: one per club 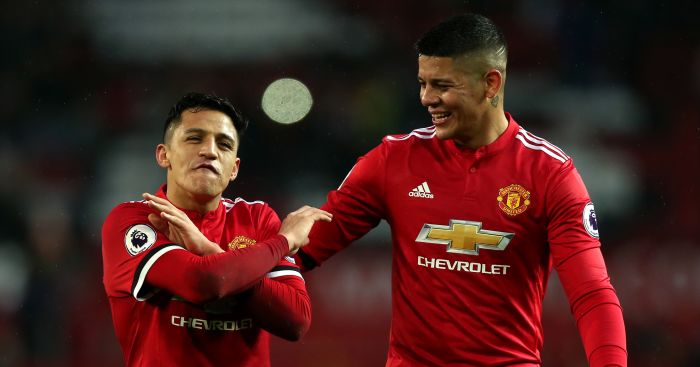 As a bonus, we will take a look at where last year’s forgotten men are now…

ARSENAL – Cohen Bramall
Arsenal’s January signing of two years ago (£40,000 from Hednesford) will probably never actually play for Arsenal. He did ‘enjoy’ an unsuccessful loan spell at Birmingham last season but has been restricted to Under-23 action this season, despite being named in Arsenal’s Premier League squad by Unai Emery. Five players have started games for the Gunners at left-back this season; none have them have been called Cohen Bramall. Some of them have not been left-backs.

Last year’s man Chuba Akpom is now largely on the bench at PAOK Salonika after a permanent switch.

BOURNEMOUTH – Emerson Hyndman
A full US international, no less. He was described as a “player of huge potential” by Eddie Howe when he signed in 2016 but he has played less than an hour of Premier League football for the Cherries. He has just had an excellent loan spell at Hibs, with Howe saying on his return: “Emerson has done well in Scotland. We are really pleased with the progress he has made. From the perspective of dealing with the media, big crowds and high expectations, Scottish football is excellent.”

Cannot overstate the difference in Hibs’ performance after Emerson Hyndman came on today. Absolute night and day. The best player on the park by a mile. Only one half but I’d say his absence was thoroughly underestimated during the barren run.

Last year’s man Brad Smith is on loan at SMLS side Sounders FC.

BRIGHTON – Ezequiel Schelotto
He is an actual Italian international and he is not even in Brighton’s Premier League squad after the signing of Martin Montoya last summer. Astonishingly, he played 20 times in the Premier League last season without us ever being consciously aware of his existence. He has most recently been linked with QPR.

BURNLEY – Jon Walters
Still there. Still injured. Still 35. He played 187 minutes of a loan spell at Ipswich Town before succumbing to an Achilles injury. These days he is largely found doing some pundit-ing. But he is still officially a Premier League footballer.

Last year’s man Jon Walters is, well, have you not been paying attention?

CARDIFF CITY – Matthew Connolly
Played twice for Arsenal in the League Cup and eventually enjoyed a smidgen of Premier League football with QPR before joining Cardiff almost seven years ago. He barely played in the Bluebirds’ promotion season so it’s little wonder that his only action this season has been in the Carabao Cup. Unbelievably, he is still only 31. A proposed loan move to Hull City is currently, agonisingly, on hold.

CHELSEA – Lucas Piazon
Yes, he really is still there. Seven years after signing for Chelsea, the Brazilian winger has made more loan moves (5) than Chelsea appearances (3). His only Premier League outing remains the 16 minutes he played in an 8-0 win over Aston Villa in December 2012. He claimed an assist. It wasn’t enough.

Poor Lucas Piazon, 24 years old, zero appearances this season, not even linked to a club in the transfer window. Loaning players doesn’t have to be a problem, hoarding average players to benefit from loan fees is, when will the madness stop?

Last year’s man Baba Rahman is close to signing on loan for Turkish club Goztepe after an 18-month loan spell at Schalke went to sh*t.

CRYSTAL PALACE – Scott Dann
Actually, the big man was seen as recently as January 5 when he captained Palace to a 1-0 win over Grimsby in the FA Cup, which is exactly the kind of glamorous return you should make after a year out with a cruciate ligament injury. Remember when ‘Dann for England’ was a thing? It turns out that he is only 31 so it could yet happen.

Last year’s man Jordon Mutch is a free agent after being released earlier this month. At last.

EVERTON – James McCarthy
It’s basically been a year since Everton fans have seen James McCarthy – ever so briefly between serious injuries. He did make the bench for their FA Cup win over Lincoln earlier this month but his next senior football will surely come on loan. Make sure you are sat down for the shock of this one: He is still just 28.

Celtic are looking at Manchester United's Scott McTominay – Brendan Rodgers had wanted Everton's James McCarthy, but they have been struggling to agree a deal.

Last year’s man Mo Besic is on loan at Middlesbrough and doing rather well.

FULHAM –  Luca de la Torre
Another full US international but this one has not played a minute of Premier League football, or even made the bench under either Slavisa Jokanovic or Claudio Ranieri. It’s an awful long time since September and a hell of an 85 minutes in the Carabao Cup…

In case you missed Luca de la Torre's big day for Fulham yesterday, here are the highlights of his goal and 2 assists against Millwall. Huge performance from him. pic.twitter.com/QzNGg9xRbt

HUDDERSFIELD – Abdelhamid Sabiri
After playing just 45 minutes of Premier League football this season (and another 45 pretty forgettable minutes in the Carabao Cup), he finally got another chance in the 75th minute of a 2-1 defeat to Bournemouth in December. In the 78th minute he came off with a collarbone fracture. Town are not really missing one of about seven pretty bloody terrible attacking midfielders; he has played more minutes for the German Under-21 side than the Terriers this season.

LEICESTER – Eldin Jakupovic
The poor lad has not even made a Premier League bench after being usurped as Leicester’s second-choice keeper by the needless and expensive signing of Danny Ward. The former Hull hero has made a grand total of four appearances in 18 months for the Foxes. He will make somebody a lovely loan signing.

LIVERPOOL – Lazar Markovic
We will just quote the Daily Mail at this point: ‘Liverpool are trying to find a club for winger Lazar Markovic. The 24-year-old Serbian was a £20m signing from Benfica in 2014 and last made a first team appearance for them in 2015. He is out of contract at the end of the season but on £50,000 a week.’ Nice work etc.

MANCHESTER CITY – Eliaquim Mangala
It’s been over a year since we last saw £42m defender Eliaquim Mangala in a City shirt. First there was the loan to Everton, then the knee injury and now – we presume – simply pure incompetence keeping Mangala out of the picture. He has been linked with Inter Milan and Galatasaray but for the moment remains at the service of the Premier League champions.

Last year’s man Yaya Toure is currently without club after a disastrous spell at Olympiakos. Celtic have been linked.

MANCHESTER UNITED – Marcos Rojo
As James Ducker wrote in the Daily Telegraph last week: ‘Marcos Rojo is likely to be the first casualty of Manchester United’s plans to strengthen their defence. United’s priority in the transfer market is to sign a pedigree centre-half and Rojo is considered the most expendable among the club’s five existing central defenders over the next seven months.’ He has played a grand total of 104 Premier League minutes this season and was sent home from Dubai earlier this month after another injury. Southampton, Everton and Fenerbache are said to be interested.

NEWCASTLE UNITED – Rolando Aarons
“He has to play every week. He needs minutes,” said Rafa Benitez. And he has absolutely no intention of giving those minutes to ex-wonderkid (now 23) Rolando Aarons, who is back from a loan spell with Czech side Slovan Liberec and training with the Under-23s. He has not made a Premier League appearance since 2017.

Rolando Aarons, genuinely nothing in it between him and Sterling when they broke through, difference is one of them has cheesestrings for hamstrings https://t.co/ZsK81Q3CvX

SOUTHAMPTON – Wesley Hoedt
“We don’t send any player away but if he feels like he is not used like wants from us, he should think about it,” said Southampton boss Ralph Hasenhuttl, who has looked at just about every Southampton player and decided Hoedt is on the ‘discard’ pile. And to think he cost a cool £15m from Lazio. He was “one of the most promising young defenders in Europe”, according to Les Reed. In unrelated news, Les Reed has since been sacked. Update: He has now joined Celta Vigo on loan.

Last year’s man Florin Gardos is on loan at Politehnica Iași after losing his place in the CS Universitatea Craiova side.

TOTTENHAM HOTSPUR – Vincent Janssen
Yes, he really is still there. And yet when Tottenham suffered a striker crisis, the man promoted from the Under-23s to bench duty was Kazaiah Sterling, who had been Janssen’s strike partner just last week. “No, he is not in my plans,” was Mauricio Pochettino’s curt answer when asked about the Dutchman. Poor lad.

I just checked Wikipedia and apparently Vincent Janssen is still at @SpursOfficial but hasn't been issued a squad number. Can we organise a squad number for him please. It's time. #COYS

Last year’s man Cameron Carter-Vickers is in and out of the Swansea side on loan.

WATFORD – Jerome Sinclair
Being sent back to your Premier League club because you cannot get in a League One team really is not a good look. Sinclair has played a grand total of 17 minutes for Watford under coach Javi Gracia – one minute against Huddersfield in the Premier League (1-0 defeat) and 17 minutes in the FA Cup against Soputhampton (1-0 defeat). And yes, he remains Liverpool’s youngest player at 16 years and six days.

WEST HAM – Winston Reid
The Hammers currently have more sidelined players than any other Premier League club and among their seven-strong number is New Zealandish centre-half Winston Reid, out since March with a knee injury. It was four years ago when he was being linked with Manchester United, Arsenal and Liverpool and Sam Allardyce said: “He has no future at this club. I’ve been in the game long enough to know that he’s leaving at the end of the season. (It’s) highly unlikely that he’ll stay.” He did.

Last year’s man Sam Byram is on loan with Nottingham Forest but has been out since August with a serious knee injury.

WOLVES – Joe Mason
At what point does a striker have the description taken away? When he never scores more than nine league goals in any season? When he goes on loan to a League One club and plays just ten minutes? Mason – who once scored in the League Cup final for Cardiff – is now back at Wolves, though he has never played a minute for Nuno Espirito Santo and is never likely to play a minute for Nuno Espirito Santo.