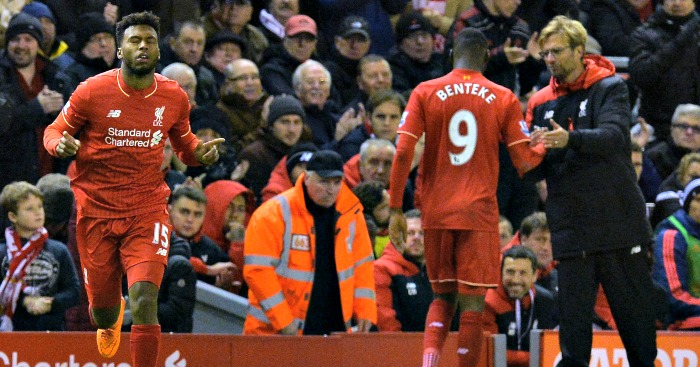 Tokelo Rantie (Bournemouth)
Bournemouth paid £3m for Tokelo Rantie in 2013. In February 2016 he was not named in Bournemouth’s Premier League squad for the remainder of the season. Presumably his 38 minutes of top-flight football (one shot, one offside, two losses of possession with a poor touch) for the Cherries did little to convince Eddie Howe that the South African deserved a place ahead of Benik Afobe, Lewis Grabban, Junior Stanislas, Juan Iturbe, Joshua King, Glenn Murray or Callum Wilson. ‘Pretty sure Rantie doesn’t exist. You’ve been done there.’ said Daniel Storey when prompted for an opinion.

Radmel Falcao (Chelsea)
Let’s work backwards with this: Fernando Torres, Franco Di Santo, Steve Sidwell (sorry, what?), Khalid Boulahrouz (for f***’s sake), Hernan Crespo, Mateja Kezman, Jimmy Floyd Hasselbaink. Finally – in 2004 – we find a Chelsea No. 9 worthy of the shirt. One goal in his opening nine Premier League games for Chelsea did little to suggest that Falcao would buck the trend; he then returned from a five-month injury spell to take his place on the ‘unused subs’ list for the Aston Villa game on Saturday. Even Alex ‘presumed dead’ Pato got on the pitch ahead of Chelsea’s No. 9.

Yannick, can I have my shirt back please?

Arouna Kone (Everton)
How very Roberto Martinez to pay over £5m for a 29-year-old striker who had been relegated with Wigan. How very Roberto Martinez to hand him the Everton No.9 shirt previously worn by Dixie Dean, Duncan Ferguson and, erm, James Beattie. Kone has since scored six Premier League goals in 40 games. Credit is due to the Ivory Coast striker for returning from a career-threatening injury, but a No. 9 at a Premier League club with European ambitions he is vehemently not.

Christian Benteke (Liverpool)
It could be worse; two seasons ago the No. 9 shirt was worn by Iago Aspas. After a campaign on the back of the lumbering Rickie Lambert, the shirt was handed to the lumbering Christian Benteke, who has at least scored seven Premier League goals, beating his two predecessors by some distance. Ian Rush he is not. Robbie Fowler he is not. Fernando Torres he is not. And – it seems from Jurgen Klopp’s team selections – Divock Origi he is not either.

Papiss Cisse (Newcastle)
“I’m proud to be wearing the No 9 shirt. And I’m looking forward to this season!” tweeted the man himself when rumours were rife in August that Newcastle were prepared to strip him of the ‘iconic’ (of course) shirt and hand it to Charlie Austin. It’s difficult to argue that he hasn’t deserved the honour this season with his two Premier League goals – the last of which came in November in the a 5-1 defeat to Crystal Palace. He’s come close since…

Not sure how Papiss Cisse managed to miss that. Put the ball wide from eight yards. #nufc

Peter Odemwingie (Stoke)
Stoke’s No. 9 has at least scored this season – for Bristol City in the Championship on loan. Before that, Stoke’s No. 9 had played 101 minutes for Stoke – largely on the wing – without adding to the five Premier League goals he has netted since joining Stoke in 2013. Still, at least his record is better than that of Richard Cresswell (32 Premier League games, 0 goals), who was the first wearer of the Potters’ No. 9 shirt after their promotion from the Championship.

Fabio Borini (Sunderland)
As we said here in a list of the Premier League’s most misfiring forwards: ‘Having taken some persuading to join Sunderland on a permanent deal, Black Cats fans will have been hoping for big things from Fabio Borini this season. With just three goals thus far, only one of which has earned his side a single point, it’s fair to say his impact has been minimal following a reported £8m move.’ And no, playing on the wing is not an excuse, as evidenced by his woeful conversion rate.